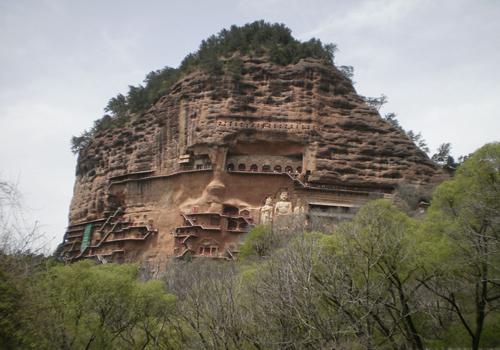 The Tianshui Maijishan Airport (天水麦积山机场) has launched flights linking Tianshui with Xi’an on each Tuesday, Thursday and Sunday. There are airport buses from and to city proper. And a taxi should cost about CNY10.

Bus No.6 at the square of Tianshui Railway Station can bring you to downtown (CNY2, 40 minutes, every 15 minutes). In addition, the city has public buses to Maiji Mountain (麦积山), Xianren Cliff (仙人崖), and Shimen Mountain (石门山) of Tianshui.

The flag-down fare is CNY6 and CNY1 for each additional one km. A taxi from the railway station in Maiji District to downtown costs around CNY20.