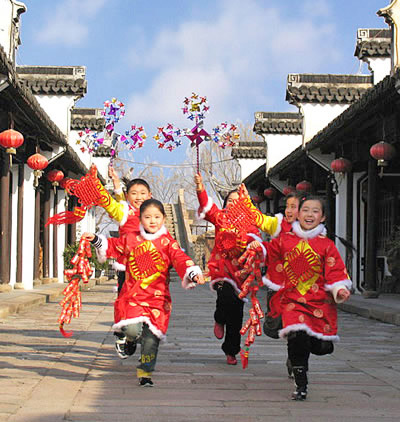 The 23rd day of the 12th lunar month is called Preliminary Eve, the Small New Year of China. At this time, people offer sacrifice to the kitchen god. After the Preliminary Eve, people begin preparing for the coming New Year and buy New Year goods as well.

Before the New Year Eve comes, people begin decorating their clean rooms featuring an atmosphere of rejoicing and festivity. All the door panels will be pasted with Spring Festival couplets, highlighting Chinese calligraphy with black characters on red paper with auspicious contents. Also, New Year paintings will be posted on doors and walls to ward off evil spirits and welcome peace and abundance. The Chinese character "fu" (meaning blessing or happiness) is a must for making the Spring Festival couplets. What's more, two big red lanterns can be raised on both sides of the front door. Red paper-cuttings can be seen on window glass and brightly colored New Year paintings with auspicious meanings may be put on the wall.

People attach great importance to Spring Festival Eve. At that time, all family members eat dinner together. The meal is more luxurious than usual. Dishes such as chicken, fish and bean curd cannot be excluded, for in Chinese, their pronunciations, respectively "ji", "yu" and "doufu," mean auspiciousness, abundance and richness. By eating part of a fish on New Year's Eve and saving the remainder for the next day, families can transfer their surplus luck to the next Year.

To celebrate the biggest and most important festival, people do a lot of preparations for it. Early from December 23rd in the Chinese calendar, people begin to clean their houses to bid farewell to the old year. In China, this is called Spring Cleaning.

Decorating the houses is also necessary. In China, red is very popular when celebrate festivals because it means good luck and it can set off a happy atmosphere. Therefore, big red lanterns are hung in front of their houses, on trees along the streets, on buildings and stores. On the eve of Spring Festival, red couplets and posters are posted on doors. They symbolize happiness, prosperity and good luck in the New Year.

When the clock strikes 12 o'clock midnight of New Year's Eve, people light firecrackers and fireworks. It is one of the most popular ways of celebrating the spring festivals coming. It is so exited that people always stay until the wee hours of the morning. The lively atmosphere is full of households, streets, as well as lanes.

On the Spring Festival, people wear new clothes to welcome the New Years coming. At the early morning, people greet relatives and friends with congratulations and wish good luck to each other. This custom is called paying New Year Greetings. Then children received their lucky money in red pockets from their grandparents, their parents, their relatives and friends of their parents. It is believed that red pocket money can bring good luck and ward off monsters. When the children get their lucky money, they always give their best regards with auspicious words.

There are lots of folk activities of celebrating the Spring Festival, such as various ball games, evening parties and dancing, but the most popular ones are Dragon Dance and Lion Dance.

China is a big country with 56 ethnic groups. All the ethnic groups celebrate the spring festival almost on the same day with different customs. If you come to the Tibet, Yunnan, or Guizhou Province at this time, you can also share various celebrating ways of Chinese ethnic groups, much special and enjoyable. The following are the customs of famous cities Beijing, Hong Kong, Guilin, and Guangzhou celebrate the Spring Festival. 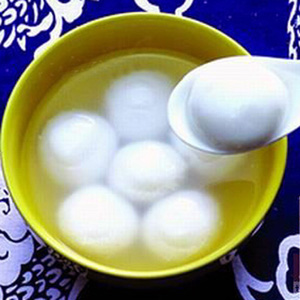 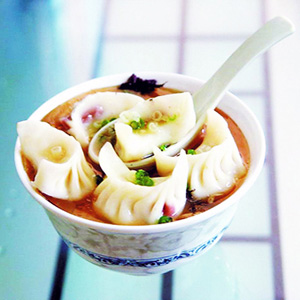 As Chinese saying goes, food is the priority of people. Chinese people have formed the special food culture from ancient times of China. And food is also an important part of the festivals.

People in northern China usually eat Jiao Zi, they might put a coin in one of the dumplings and the one who gets this dumpling is said to have good luck in the following year. Southern Chinese eat Nian Gao, or New Year Cake made of glutinous rice flour on this occasion, because as a homophone, Nian Gao means "better life in the following year." The first five days after the Spring Festival are a good time for relatives, friends, and classmates as well as colleagues to exchange greetings, gifts and chat leisurely. /p>

On the Lantern Festival of China, people usually have boiled rice glue balls (also called sweet dumplings) as the custom. And its stuffs are various, such as sesames and peanuts.