Tour Overview: Beijing is China's political, economic, cultural and educational center as well as China's most important center for international trade and communications. For more than 800 years, Beijing was a capital city; 34 emperors have lived and ruled the nation in Beijing and their empires left Beijing a great number of treasures at all aspects. During the Spring Festival, people can still see the great heritage sites sent out not only amazing but also festive charm, and it would be your most impressive memory in life-time.

Upon your arrival, our local guide will meet you and escort you to your hotel. Then you will spend the rest of the day exploring the nearby streets, or resting and catching up on your jet lag. Beijing is a city of amazing contrasts - an ancient capital with incredible historical sites as well as a bustling modern metropolis. 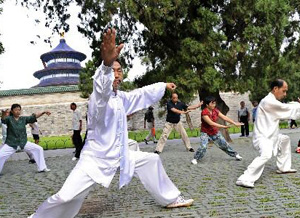 Today we will take a Beijing highlight city tour. In the morning, we will join with local people who practice Tai Chi Chuan at the Temple of Heaven before breakfast. You can have a try if you like or just watch. The Temple of Heaven, built in 1420A.D, is the place where emperors of the Ming and Qing dynasties offered sacrifice to God and prayed for good harvests. Then we will go on visiting Tiananmen Square, the biggest square in the world that lies in the center of the city and can hold about one million people. It's the symbol of Beijing and is ranked as the No. 1 among the 16 new scenic highlights of Beijing. Then you will have the privilege to experience ancient emperor's daily life. In the afternoon, we will visit the Forbidden City, in which the emperors of the Ming and Qing dynasties governed for over 500 years. It is the essence as well as a must for sightseeing in Beijing; the magnificent and solemn palaces can arouse your imagination of the ancient Chinese emperors’ life. In the evening you will be transferred to the Liyuan Theatre to enjoy Beijing's spectacular Peking Opera Show. 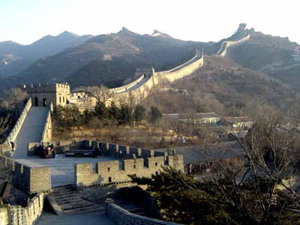 Today we will depart from your hotel after breakfast and spend about 1.5 hours transferring to the surrounding countryside to visit the Badaling Great Wall, one of human being’s remarkable feats built over 2,000 years ago. You can climb and walk on one of the best preserved sections of the ancient wall, admiring the splendid mountain scenery.

After having lunch at a local restaurant, we will continue to visit the Ming Tombs, the resting places of Ming Dynasty’s thirteen emperors and their splendid treasures. Passing down the Sacred Way, a road lined with statues of dignitaries as well as huge elephants, lions, camels and horses, we will see the marble tombs of the Ming Dynasty emperors and visit one of the spectacular tombs – Dingling.

Later you will be transferred back to Beijing city. On the way back to your hotel, you will be transferred to visit the main 2008 Beijing Olympic venues to take an exterior visit of both the Beijing National Stadium (Bird's Nest/Olympic Stadium) and the National Swimming Centre ('The Water Cube'), and feel free to take some photos of the stadiums. In the evening, enjoy the famous Peking Duck Banquet for dinner. 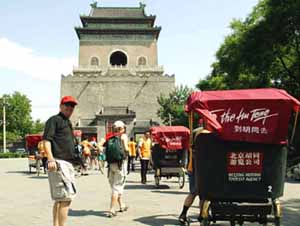 Note:
The above price are in US dollars, for one person. Based on twin share. Price are for reference only, may vary during special holidays, conference.

VisitOurChina converts Chinese RMB to US Dollars at a rate of RMB 6.7 = US$1 for our quotations. VisitOurChina currently quotes tour prices in US Dollars on our web site to give you an idea of the tour cost and quote in RMB to you at the time when you are making bookings.

Are you interested in this tour? Send us a message and let us help you plan and arrange a China vacation based on this itinerary. Tour detail is flexible upon your requests. Response within 24 hours during the working days. Contact our Travel Consultant is for free. Inquiry This Tour

All the tours in China is available here, you can customize a own tour step by step here.

We also recommend some similar tour packages based on the above itineraries. They will extend your tour and take you to other exciting parts of China.