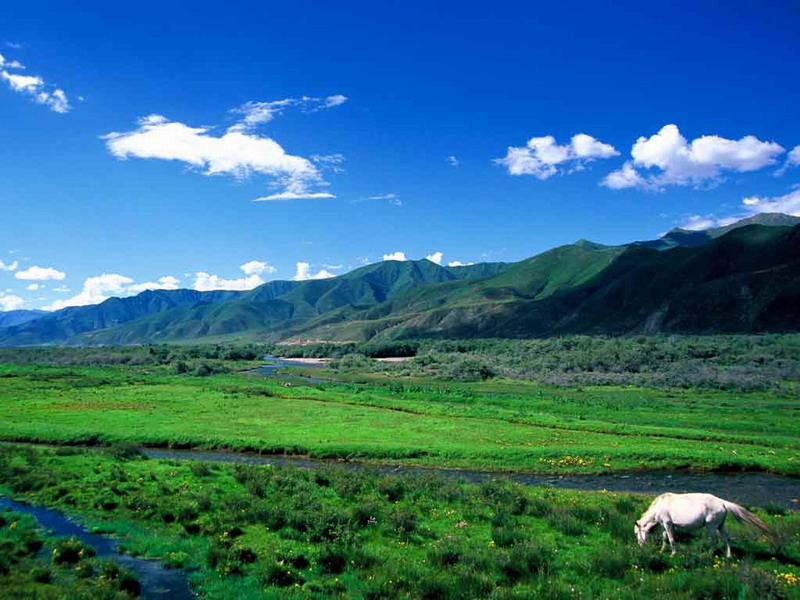 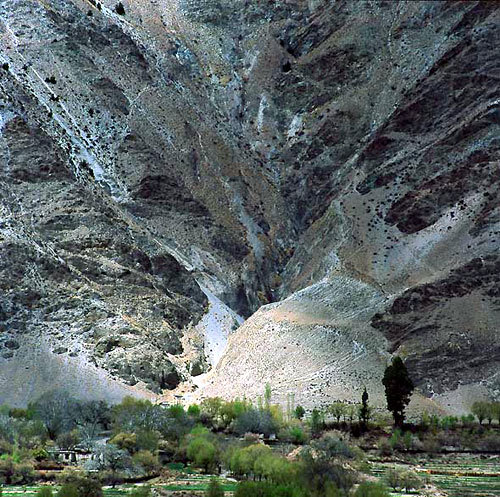 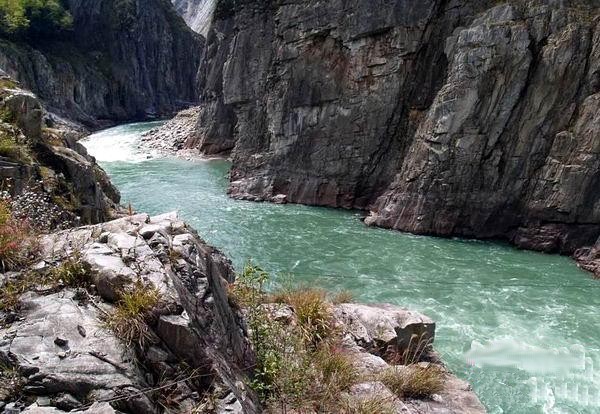 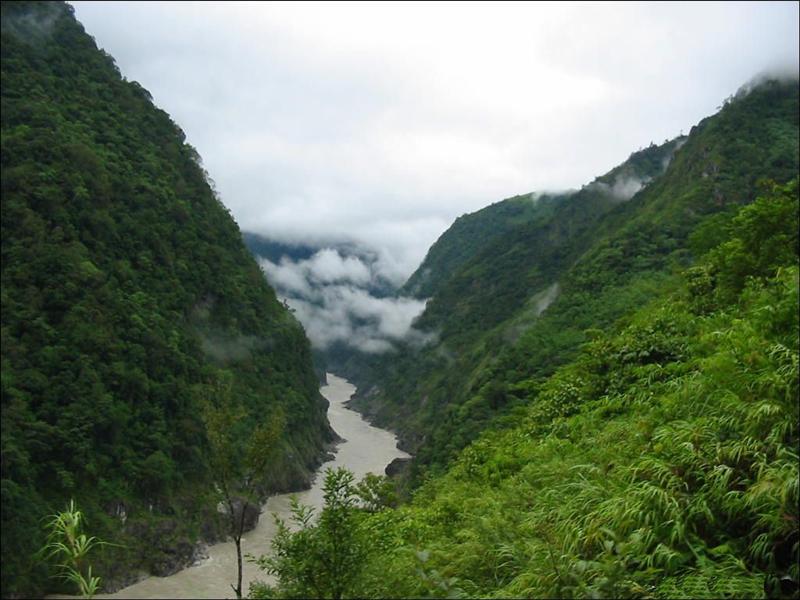 
Chinese name: 雅鲁藏布大峡谷 (Ya Lu Zang Bu Da Xia Gu)
Location: the canyon area encompasses the Pailong Village of Nyingchi County, Pai Village of Milin County and Medog County; the scenic spot is located in a border town named Pai Village, the "backpacker holy land", Tibet.
Canyon depth: starts from Milin County (2880m above the sea level) in the north to Medog County (115m above the sea level) in the south, with a length of 504.9 kilometers, an average depth of 2268 meters, the deepest depth of 6009 meters, and an average elevation of over 3000 meters.
Climate in the canyon: Nyingchi is located in the southern part of Tibet with different natural zones and different climate accordingly; generally, spring is humid and cold, summer is cool and autumn is the most beautiful season.
Best season to travel in the Grand Canyon: from May to October.
How to get there: The way for foreign travelers to enter Tibet is booking a Tibet tour or a China tour containing Tibet with a Chinese travel agent in advance. 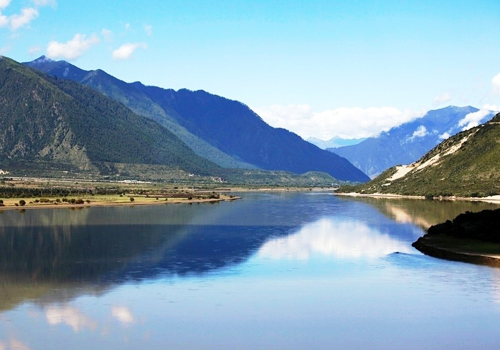 Yarlung Zangbo Grand Canyon of Tibet, also called Tsangpo Canyon or Tsangpo Gorge for short, is regarded as the deepest and longest canyon in the world with a deepest depth of 6009m and a length of 504.9 km. The whole canyon boasts harsh environment combined glaciers, cliffs, abrupt slopes, debris flows and a billowy river. Many parts of it still have no human footprints to this day, and it is hailed as "the last secret area on the earth" which left a blank page in the geological work records.

The Yarlung Zangbo River, with a meaning that the water flowing down from the summit in Tibetan language, originated from Mount Kailash and runs east for 1700 km draining a northern section of the Himalayas before entering the gorge. The passage of the moisture from the Indian Ocean to the inner mountains just makes the southeast of the Qinghai-Tibet Plateau a piece of spectacular green oasis. Owing to the adjacency of high mountains and canyon, the sharp geographical contract (thousands of meters) constitutes the presenting majestic and splendid landscape.

What to see in the Grand Canyon? 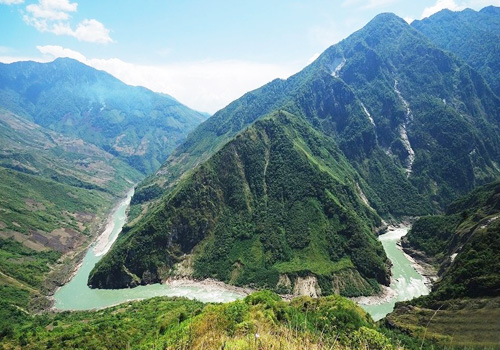 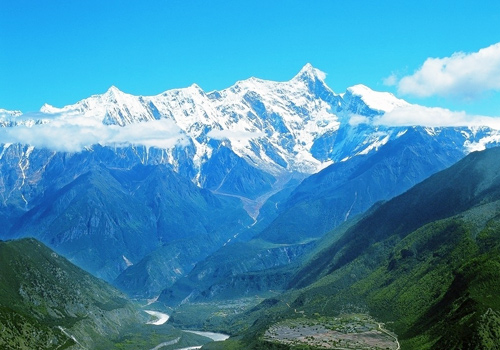 It is the highest mountain in Nyingchi with 7782 meters above the sea level. Its enormous triangle peak is perennially covered with snow amidst in clouds that hardly revealed to people. The strong height contrast from the bottom to the top forms its amazing altitudinal zonality successively presenting the tropical forest, subtropical broad-leaved forest, warm temperate coniferous forest, cold temperate aciculiailvae, and mountain frigid shrubs meadow, nearly all kinds of natural landscapes on the earth. West of the peak is a steep cliff directly down to the bottom, while the northwest stretching a series of peaks all higher than 7000 meters. For its hazard as well as unpredictable earthquakes and snow slides, Namcha Barwa at present is the highest peak without human footprints. 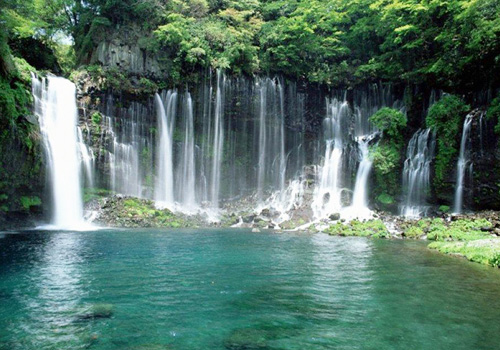 Along the riverbed in depopulated zone of the canyon, four great waterfalls are explored, main parts of which are all 30-50 meters for the difference of level. Among these four, the Zangbo Badong Waterfall (藏布巴东瀑布群) is the largest one seated in the higher reaches than other three with a height of 35m and a width of 62.57m, which was visited in 1998. Some other unknown waterfalls in the Grand Canyon may exist waiting to be discovered.

In the area of the Yarlung Zangbo Grand Canyon, the harsh roof of the world, there mainly inhabits ethnic tribes of Menba and Luoba people, who remain pristine customs and cultures, for instance, preserved tribe totems, witchcrafts, religious rituals, hospitality ways, are highly appreciated as precious living archeological fossil. 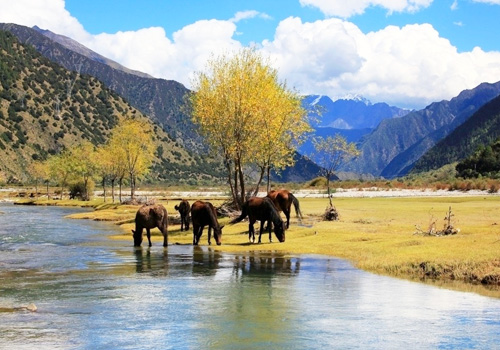 The Grand Canyon of Yarlung Zangbo possesses the most abundant and complex mountainous ecological type, where are the unique ecosystem with species of animals and plants barely explored and affected by human influence. With 9 vertical natural belts, the climate ranges from subtropical to arctic, housing the most luxuriant biological resources in the country. It has vascular bundles of about 3500 species, over 1000 of which are economic plants with great value in use. Deserve special mention is the alpine Rhododendrons; about 154 species of this kind in the area make up 26% of the world's totality (600 species). In the thick forest, mountain bushwood and meadows discover a great deal of rare animals under the state protection (some are on the brink of extinction), including otter, stone marten, clouded leopard, snow leopard, alpine musk deer, black bear, macaque, takin, and so on.

Medog Hiking
Medog, "flowers" in Tibetan language, is a symbol in one sense for Tibetans, which is also the Lotus Land of pilgrims in the canyon area. It is a place in the deep inner of Yarlung Zangbo Grand Canyon, the lower reaches of Yarlung Zangbo River; roads there are regarded as the hardest in the world with no building roads but numerous threatening unexpected circumstances. 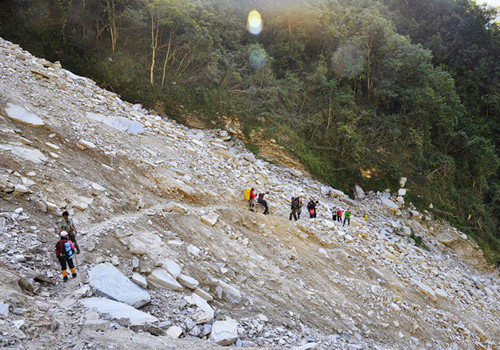 Best time for hiking in Medog: from the early June to the middle of October. Inversely, from November to June the next year, mountains will be blocked in Medog area due to the heavy snow. September and October are the best time for hiking to Medog because of few collapses and debris flows while in rainy season of June, July and August, hiking is threatened by growing crisis due to heavy rainfalls.
Baggage list: sleeping bag, waterproof cloth, umbrella, sports wear, sweater, a quantity of socks and underwear, leggings, comfortable walking boots (antiskid), sunglasses, sun cream, cap, knife, flashlight, mirror, sewing kit, lighter, toilet papers, medicines, bath appliances, cereal bar, water, etc.