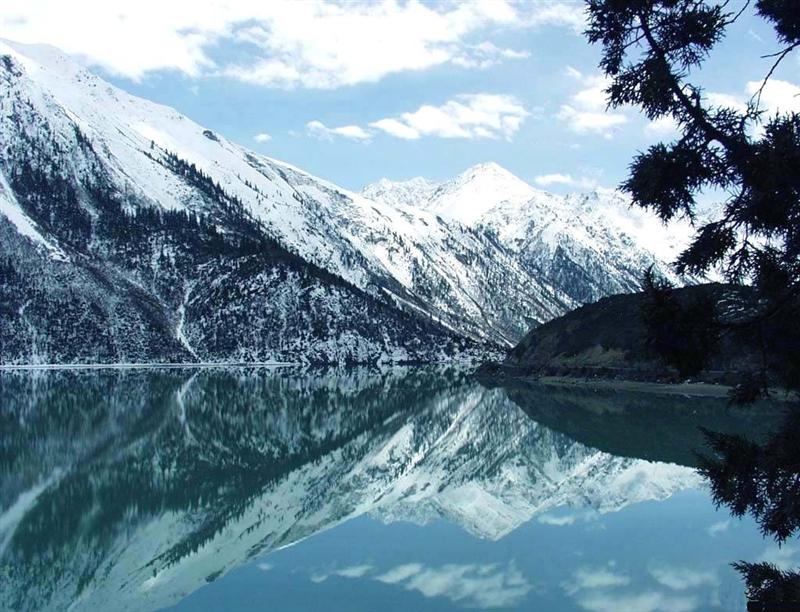 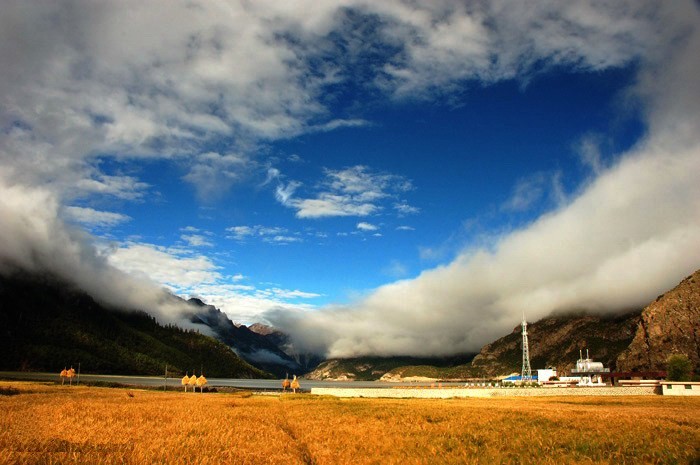 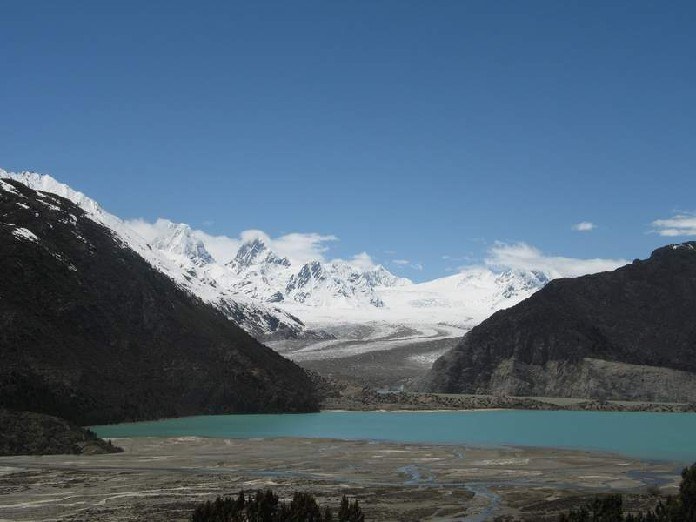 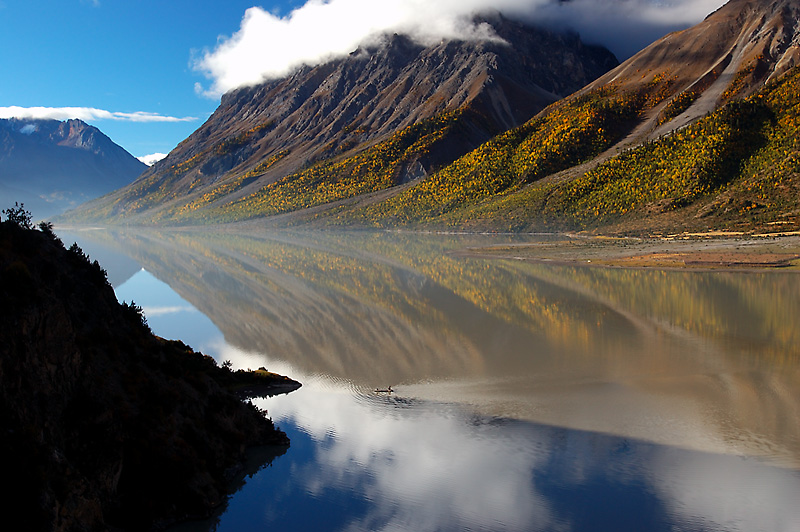 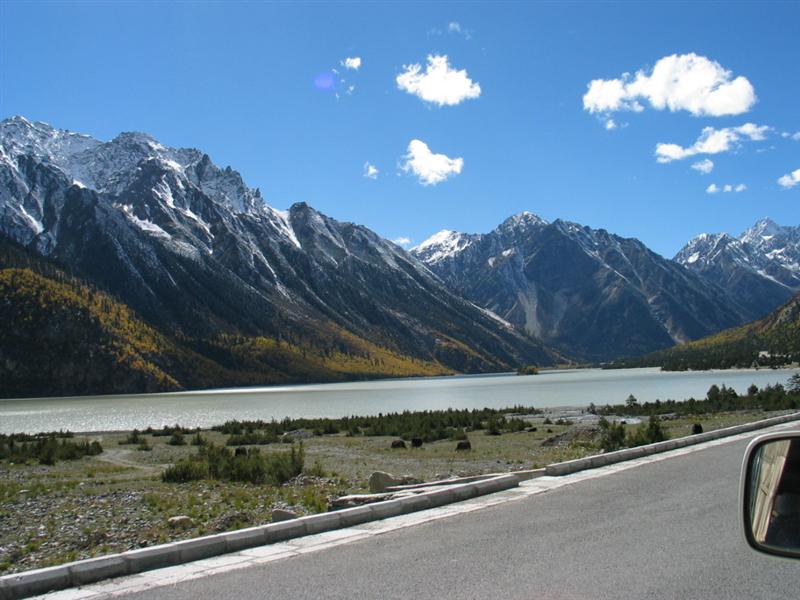 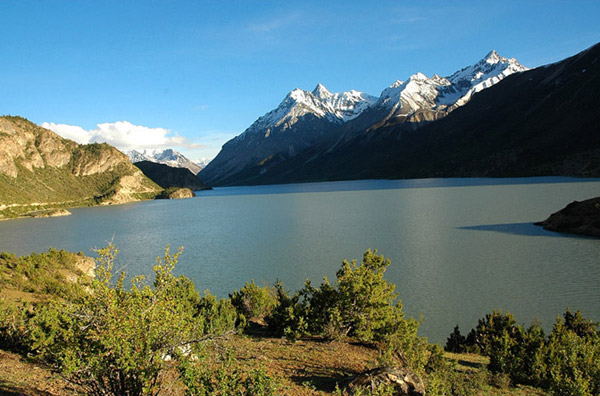 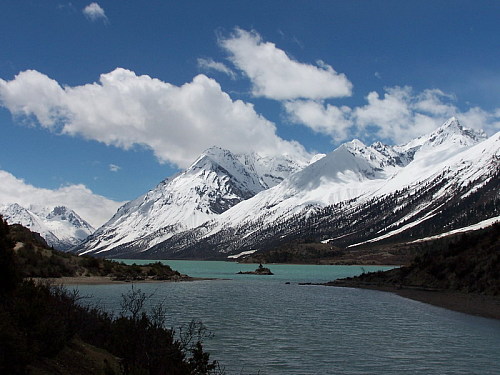 
Name in Chinese: 然乌湖 (ran wu hu)
Location: Baxoi County, southwest Chamdo, Tibet.
Entrance fee: free.
Opening time: all day long.
How to get there: The way for foreign travelers to enter Tibet is booking a Tibet tour or a China tour containing Tibet with a Chinese travel agent in advance.

Ran Wu Lake- a slice of heaven on earth

Ranwu Lake, also know as Ranwok Lake, is found in the village of Ran, in the county of Chamdo, roughly 90km from Town of Baima (white horse). Ran Wu Lake was formed by the blocking of rivers, the main one being Parlongzangbu, by debris from landsides, glaciers, and natural walls. This eventually caused water to pull into this area, creating Ranwu Lake. Ranwu Lake is a long skinny lake; it is 20 km in length and depending on the season only 1-5km in width. It is divided into three sections; lower, middle, and upper. 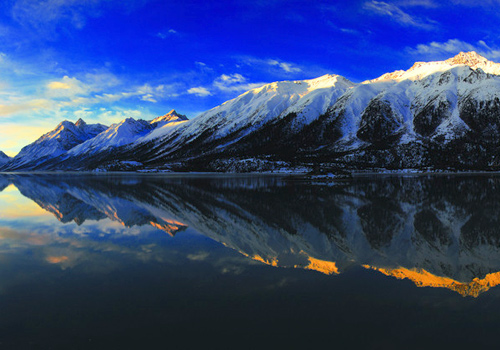 Ranwu Lake is known for its size, the largest in the south eastern part of Tibet, it’s crystal waters with little debris near the lake, it’s mirror lake water, that originates from the snow capped mountains of MT. Gangrigabu in the southwest, Boxoila Peak in the Northeast and the Azhagongla Glacier in the south, its green grassy meadows, and it’s snow capped peaks. Ranwu Lake is also famous for its flowers in bloom in the spring, trees green as green can be in summer, autumn shades of reds and yellows that will make you dream autumn dreams, and in winter a kind of pure white, that will leave you breathless. Around the lake is an abundance of evergreen trees, and in the lake an abundance of fish. (that you can try fresh at the local street side restaurants.)

This lake’s beauty is sure to bring you back to nature, and leave you feeling refreshed.

The Tibetan diet includes sweet tea, cottage cheese, highland barley wine, and meat. However this region has a few unique things added to that list; chicken, fish, raw meat, raw meat sauce, and Fritillaria. For those travelers eager to dive into some local culture, you should definitely try the local cuisine, however if you feel as though the local cuisine wont get along with your stomach, there are 5-6 Sichuan restaurants in the area that you can go to. If you don’t like really spicy food, ask them to make it without peppers, or just to put a little bit in. 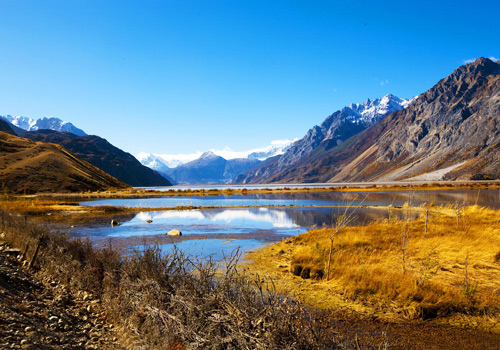 The apes of Ranwu Lake

It is said that in ancient times in these mountains there was a type of ape that could change form. These shape shifting apes were much stronger that the humans living in the village below them, and extremely crafty. However the apes had one fault, the loved to mimic the humans, and would do anything that they did.

Eventually the apes started going into the village and causing all sorts of trouble, mimicking loved ones and confusing families, stealing food, starting fights turning families against families, once the villagers knew what was going on they got together and came up with a plan, knowing the apes weakness. They went into the mountains where they knew the apes lived, they brought wooden swords with them and jugs of alcohol, they got drunk and started laughing, and dancing, and then started to stab themselves with the wooden swords in front of the apes. After they were sure that the apes had seen what they had done, that went back to their village, set out jugs of alcohol, and instead of wooden swords, real swords. The apes came, just as the humans knew they would, they drank, they laughed, they danced, and then they took the swords and started stabbing themselves. At the end of this self inflicted massacre there was but only one ape standing, and after seeing what all his friends had done to themselves he left and went into the mountains to be alone next to the lake, and was never seen again.