Your Position: HomeChina NewsEnjoy mountains and rivers in historic city 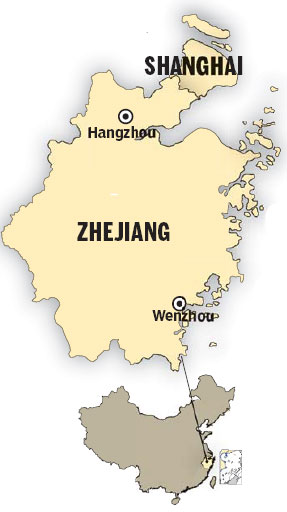 Wenzhou City, which is a historic coastal city in Fujian Province, is a fascinating place to visit.

Its history can be dated back to the Neolithic Age, when a primitive people lived there and made pottery named ou - why it was called Dong'ou in ancient times.

In the first year of Taining in the eastern Jin Dynasty (323 AD), the city of Wenzhou was built. Due to its southern location the city has a mild climate throughout the year and earned the name "Wenzhou" because "Wen" in Chinese, means "warm and mild."

The city has a total area of 11,784 sq m, about one third that of Switzerland. According to estimates in 2008, the population was 7.99 million, the biggest in Zhejiang province.

In the past, Wenzhou was famous for its handicraft industry. Delicate blue china was born there. During the Southern Song Dynasty (1127-1279), Wenzhou was opened up to foreign countries as a trade port.

Today Wenzhou is known for business. But it is not simply a commercial city. It also has a rich culture and is the hometown of Nanxi Opera - the earliest form of Chinese opera.

Several distinguished people hail from the area, such as the doctor Chen Yuanze in the Post Song Dynasty, the painter Huang Gongwang in the Yuan Dynasty (1271-1368), and the educator Xia Nai in modern times.

Located in Leqing county of Wenzhou city, the Yandang Mountains are 68 km from the city center.

Yandang Mountains cover a total area of 450 sq km. Regarded by scientists as a natural museum of great historic and scientific significance, the mountains are divided into eight scenic areas, among which the most famous are the Three Wonders: the Spiritual Peaks (Ling Feng), the Spiritual Rocks (Ling Yan) and the Big Dragon Waterfall (Da Long Qiu).

The Nanxi River, a State-level scenic spot, is 23 km from Wenzhou city.

The river has 36 bends and 72 beaches, with a drainage area of 2,429 sq m. Running from north to south, the Nanxi River first flows into the Oujiang River and finally empties into the East China Sea.

The main scenic spots of the Nanxi River area include the Baizhang Waterfall, the Furong Triangle Rock, the Waterfall of Tengxi Pool, the Twelve Peaks, and the Taogong Cave.

The water of Nanxi River is clear and fish can be seen swimming peacefully in the water. Visitors can take a small boat and float with the water, watching the green trees and hills passing by in the daytime, and enjoying the balmy summer breeze, and tiny lights twinkling in the sky in the evening.

Other places to see 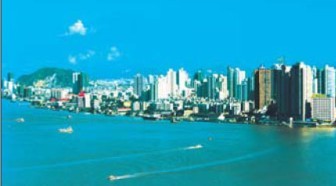 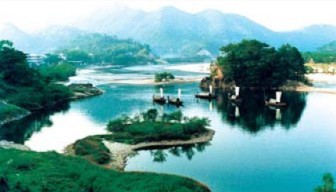 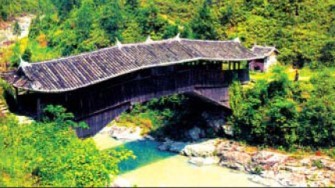 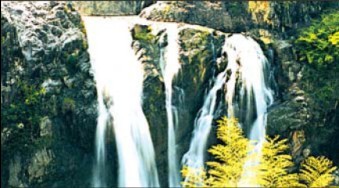