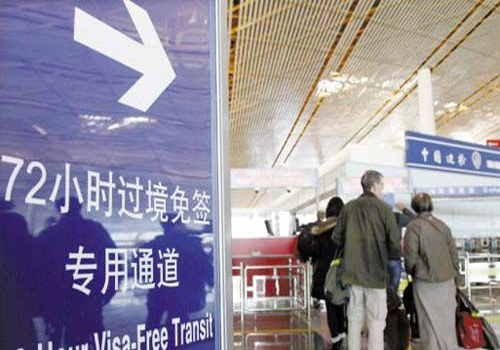 According to local authorities Xi’an, capital city of northwest China's Shaanxi Province, will allow 72-hour transit visa exemptions for foreign travelers to make it more accessible to the outside world.

A statement issued by the provincial government that foreigners from 51 countries in Europe, America, Oceania and Asia will be able to visit Xi'an without visas within 72 hours when they are en route to a third country or region via Xi'an Xianyang International Airport.

Xi'an is the eighth city in China to embrace the policy, joining Beijing, Shanghai, Guangzhou, Chongqing, Chengdu, Dalian and Shenyang.

The policy, expected to be implemented in the next two or three months, will help ramp up Shaanxi's opening-up levels, as it provides more convenience for foreign visitors.

Shaanxi boasts abundant tourism resources, making it a popular choice among inbound and outbound visitors. In 2013, the province received 285 million tourists, 797,000 of whom made their trips via Xi'an Xianyang International Airport.