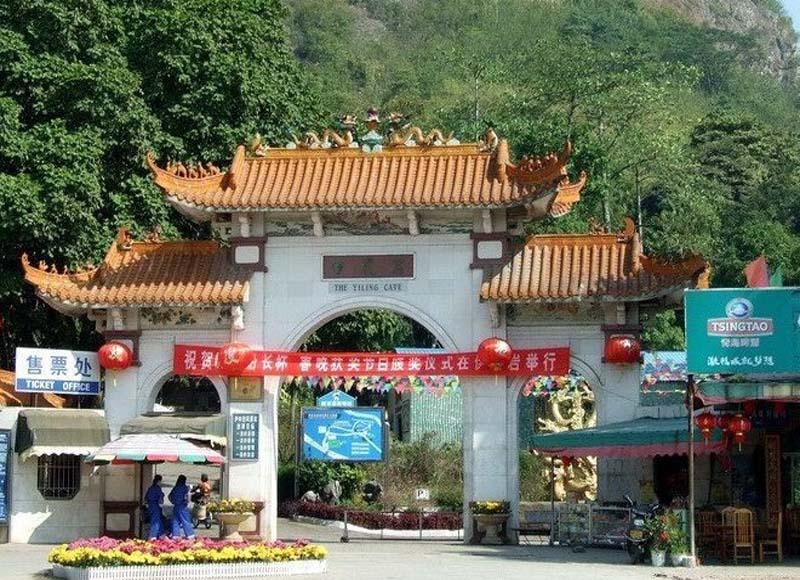 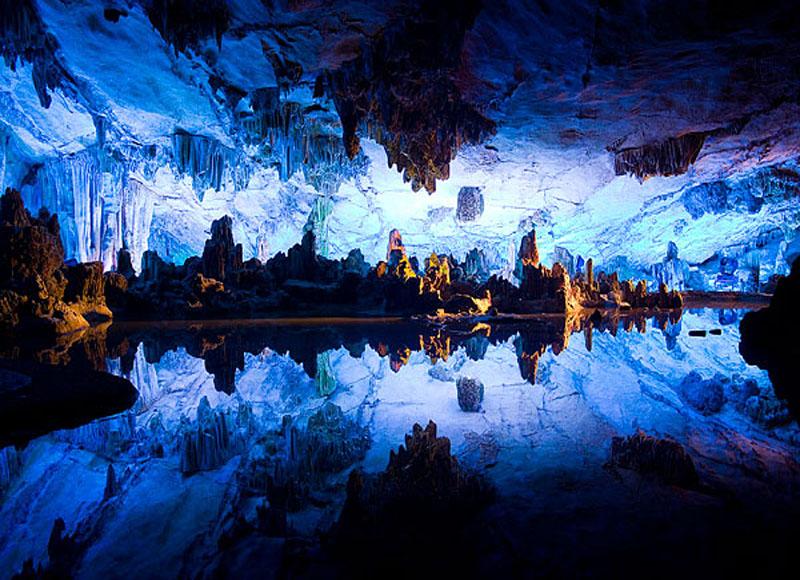 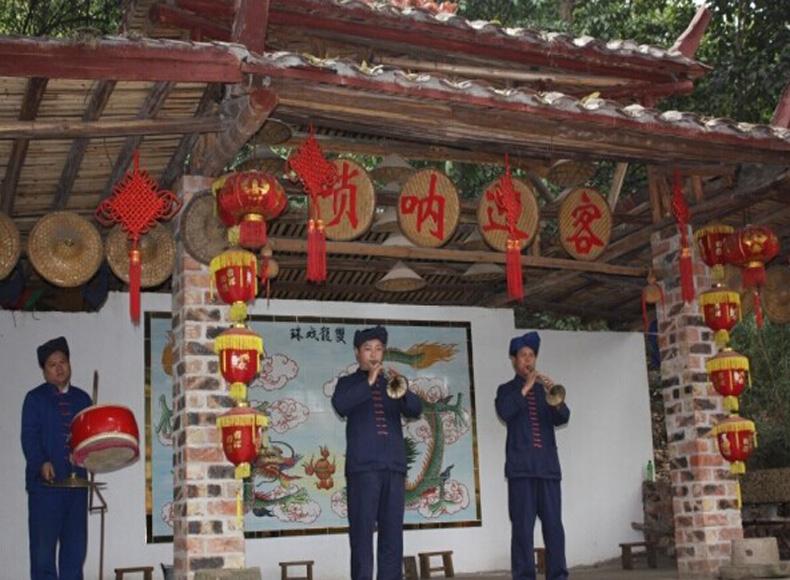 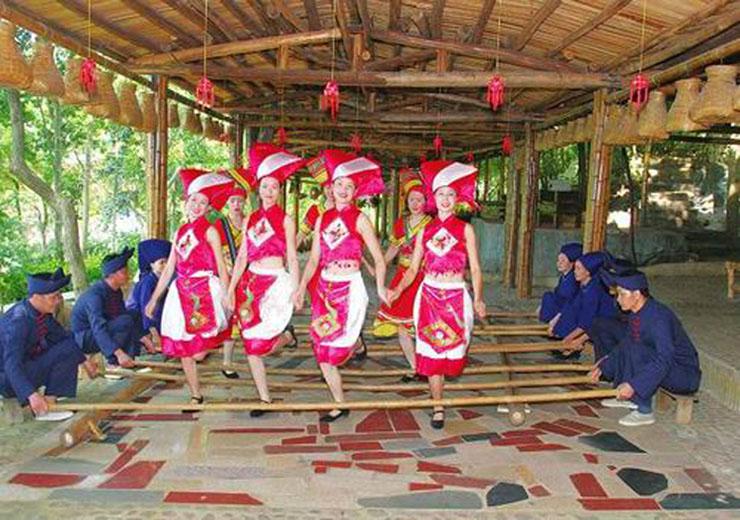 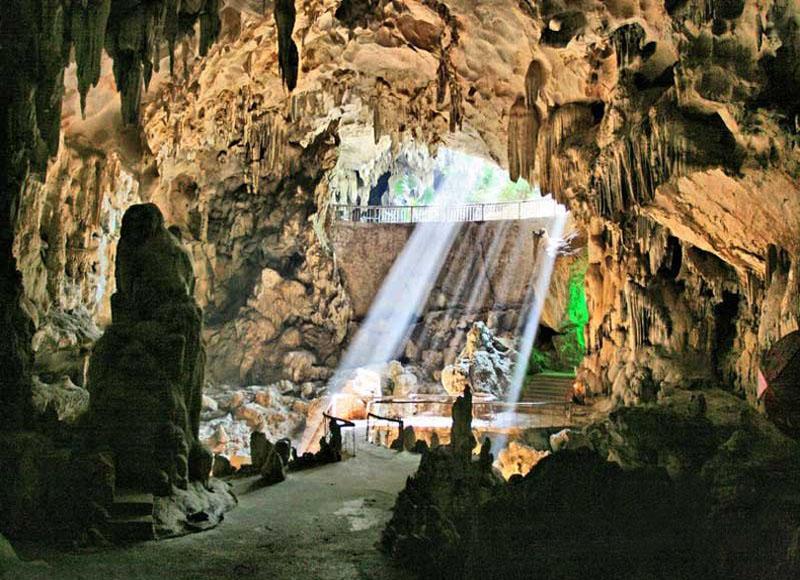 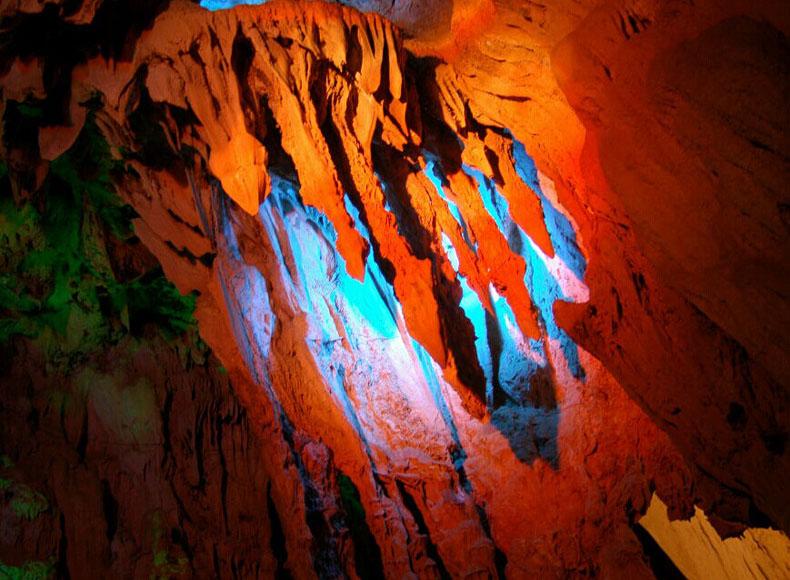 Chinese name: 伊岭岩 (Yi Ling Yan) Location: in Wumin County, 18 kilometers away from suburb of Nanning, Guangxi Zhuang Autonomous Region. Opening time: 08:00-17:30 Ticket: CNY60 How to get to Yiling Cave: take buses departing for Wumin County at Anji Passenger Station, and get off at Yiling Cave.

Yiling Cave, named after Yiling Village, is also called Gan Palace, which means a fantastic palace-like cave in local Zhuang language. Located in the hillside of Liangman Mountain, Yiling Cave is a typical karst cave which formed from a subterranean river course due to the rising of the earthcrust. For millions upon millions of years’ dissolution, in Yiling Cave, stalactites are densely distributed in thousands of postures. The whole cave is like a conch in shape, 45 meters deep and covers 24 000 square meters. It can be divided into three layers with twists and turns, and rocks with countless changes. 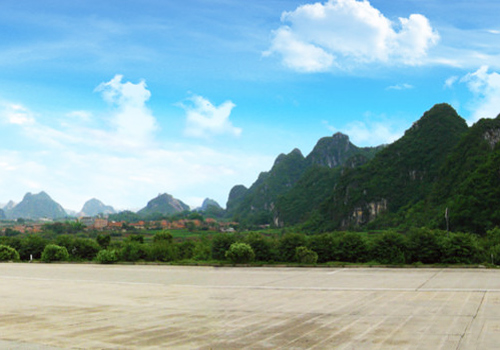 The whole scenic area of Yiling Cave is a karst landform and a wonderland with graceful peaks standing in great numbers. It is said that in Southern Song Dynasty (1127-1224), a Taoist priest made pills of immortality and cultivated vital energy here and passed away sitting in the cave. Later, people named the cave as Wangxian Cave (literally Watching Immortal Cave) and built a Xianshan Temple on the hill top. In 1963, the famous modern scholar and poet Guo Moruo once visited Yiling Cave and indited a poet praising the scenic area and comparing it to Guilin. Opened to the public in 1975, Yiling Cave is not only a popular destination for hundreds of thousands of people each year, but also a selection for many a governmental activity, like Guangxi International Folk Songs Festival, Chinese Golden Eagle Awards.

What to see in Yiling Cave Scenic Area?

Yiling Cave is the heart of the scenic area, which enjoys the reputation as "underground palace". Covering 24000 square meters and measuring over 1100 meters long, it offers various amazing stalactites, stalagmites, stalagnates, lichens of parmelia saxitilis, rock curtains… at each step. Divided into 8 scenic zones, it has more than 100 scenic spots. Equipped with modern acousto-optic devices, various vivid shapes come in sight, the "golden phoenix" spreading its wings, the "glistening waters" and "decorated sails" of the "island", a "bumper harvest" with "golden grains", "vegetables", "melons and fruits", a "submarine park" with rambling "sea lions", "sea turtles", "sea dogs" and "prawns"… 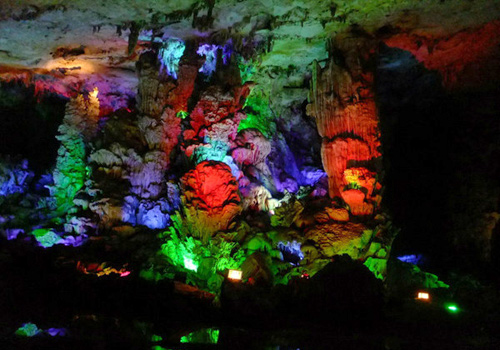