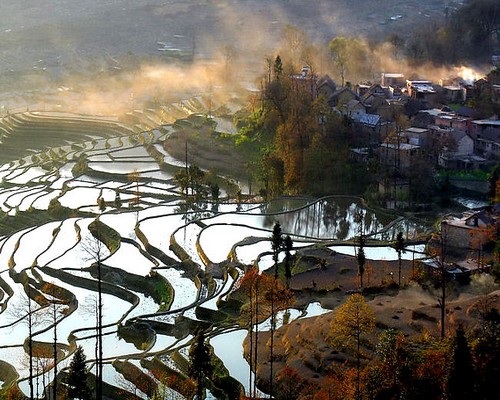 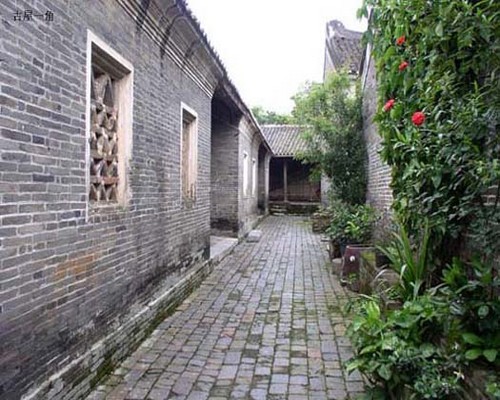 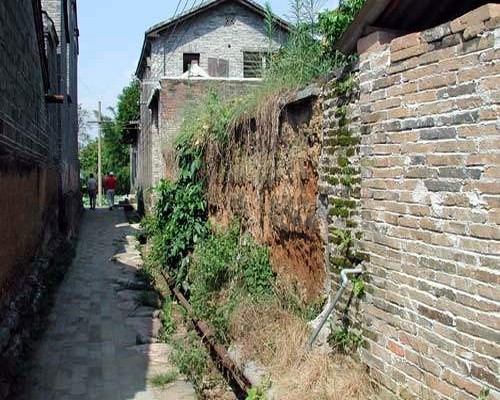 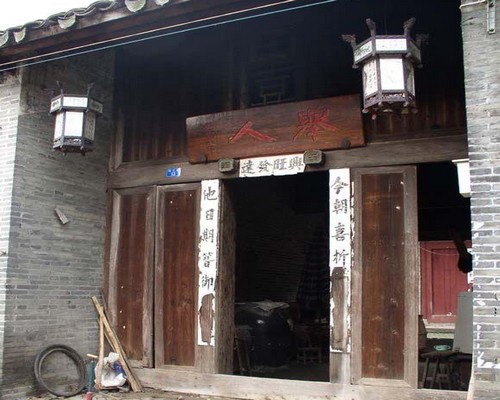 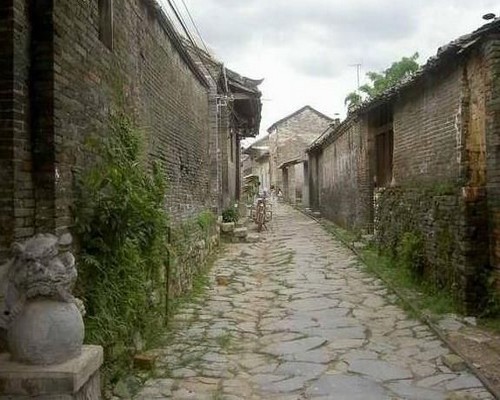 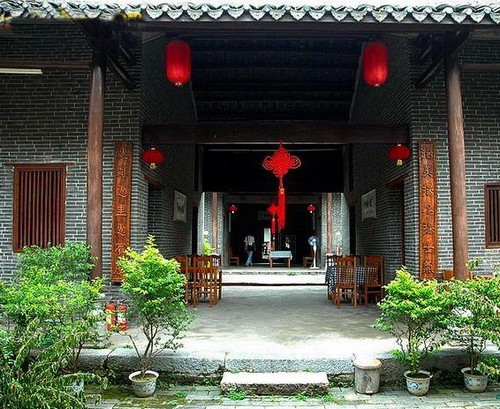 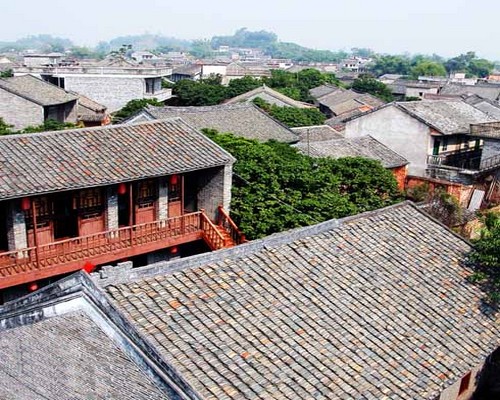 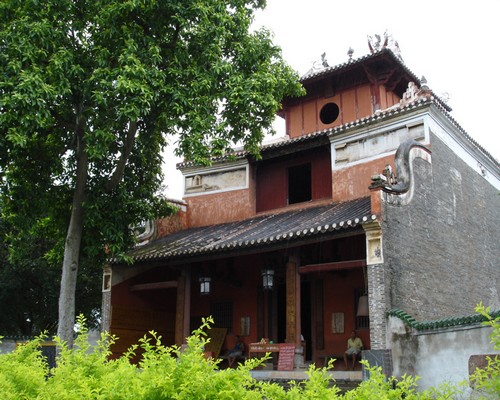 
Chinese name: 杨美古镇 (Yangmei Guzhen)
Location: in the lower reaches of Zuojiang River, some 30 kilometers to downtown Nanning, Guangxi Zhaung Autonomou Region.
Ticket: CNY10.
Opening time: all day long.
How to get to Yangmei Ancient Town:
- by train: take No.8556 at Nanning Train Station at 08:30 and get off at the stop of Yangmei Station; the train returns to Nanning at 13:26;
- by bus: take shuttle buses, which rides about 1.5 hours, at No.198 Huaqiang Road, diagonally opposite Nanning Train Station; the buses departs from Nanning at 09:00, 10:00 and 11:00, and departs from Yangmei Ancient Town at 14:00 and 16:00;
- by tourist boat at Yongjiang River Dock; the boat departs at 08:30 and returns at 15:30.

Located in the lower reaches of Zuojiang River, some 30 km west of Nanning, and surrounded by waters on three sides, Yangmei Ancient Town was the town in Guangxi with the best preserved ancient architectural complex of Ming (1368-1644) and Qing (1644-1911) dynasties. Founded in Song Dynasty (970-1279) by four families, Luo, Liu, Lu and Lee, the ancient town of Yangmei was firstly named as Baihua (literally all sorts of flowers) Village because of the blooming flowers of all sorts. Later, due to the wars, people moved to the village from various regions. Covering 6.5 square kilometers, Yangmei Ancient Town reached its prime in Qing Dynasty as an important collecting and distributing centre within the area as well as a key port along Yong River. However, in the later of the dynasty, it became quiet because of the decline of water transport in the region. 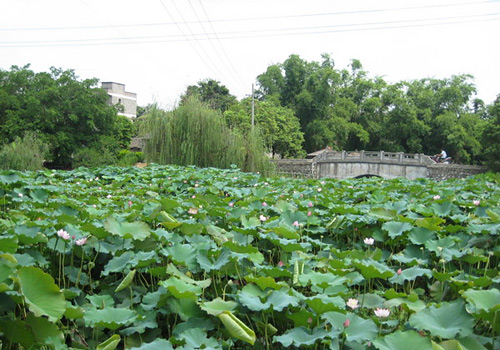 Survived for over 1000 years, the town has retained to be primitive in customs, gracious in virtues and profound in culture which attracts many a film director. It is a place endowed with spirits of the universe that has given birth to many notables and scholars, including numerous successful candidates in the highest imperial exams in Ming and Qing dynasties and outstanding revolutionaries of the Revolution of 1911 (辛亥革命) in modern history. It was the revolutionary base for the famous revolutionaries Huang Hsing and Liang Lieya (the secretary of Sun Yat-sun).

Xu Xiake of Ming Dynasty, a well known traveler to Chinese, had once visited Yangmei by boat from Nanning and highly praised the beautiful sceneries along the river around Yangmei in his travel notes.

What to see in Yangmei Ancient Town?

Like a typical elegant Chinese ink painting, Yangmei Ancient Town is just a gallery of the time. The aged streets, old houses and courtyards, antiquated window lattices, exquisite carved cornices, ancient stone carvings and clear streams are all the history of this ancient town. Though not very prosperous as in the past, the traditional folk activities of Spring Bull, Master's Master Play, dragon-boat competition, and the like are all still the ordinary life of Yangmei people. 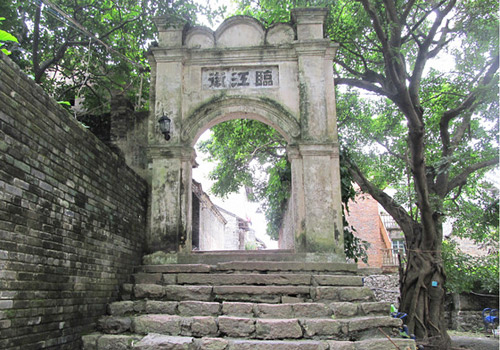 The highlights in the town is the Eight Ancient Scenes of Yangmei including two famous historical sites, one is the former residence of revolutionaries of the Revolution of 1911, a site once held secret meetings for the Zhennanguan Uprising (1907) leaded by Sun Yat-sen; and the other is the Kuixing Pavilion (魁星楼), which was built in 1736 and shaped like the imperial seal, within three wooden gods of scholars enshrined separately on three floors. Other scenes are a beacon tower, Linjiang Street-the famous street with Qing style architecture, Confucian temple, Muyi Gate, Huang Manor, residence of Jinshi (successful candidate in the highest imperial exam), and so on.

The Linjiang Street (literally a street facing the river), is a 300-meter street paved with slates. It is long and thin with standing ancient buildings of Qing style on two sides; there are tracks of the history; some red handwritings are the quotations from Chairman Mao, some collapsed houses, some flowering straws extrude from mottled walls, and some pomelo and pomegranate planted in courtyards for years…

The Yangmei Ancient Town under the setting sun is more magnificent. On the dead-end of the village, it is a great river bend with many ancient towering trees, and an elegant hexagonal pavilion is amidst. When the sun comes down, the Zuo River with glistening water on the surface is extraordinary graceful.