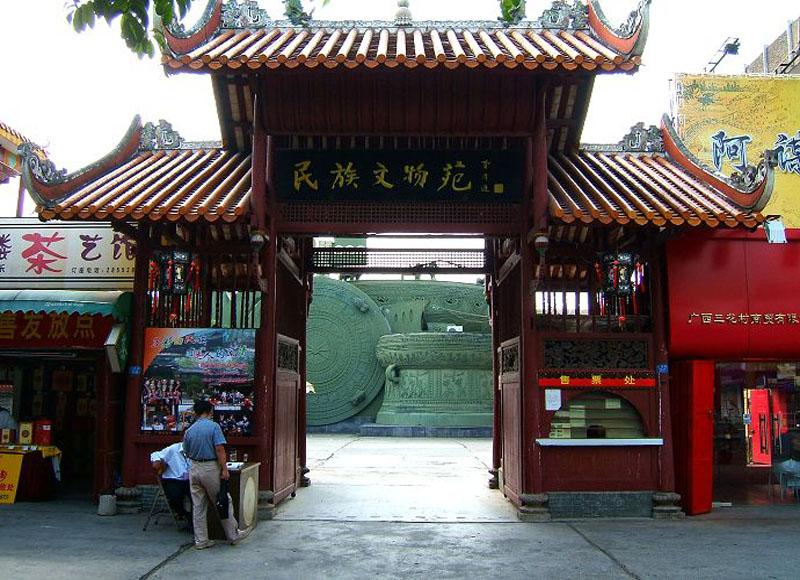 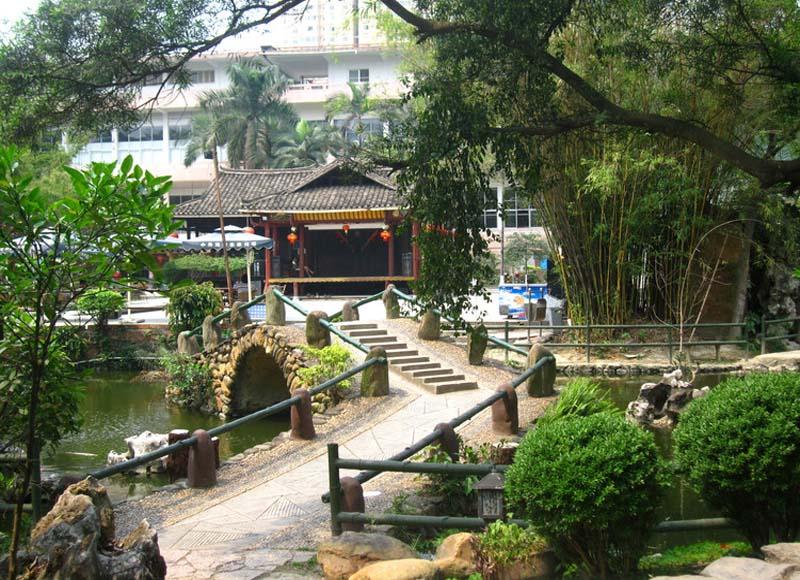 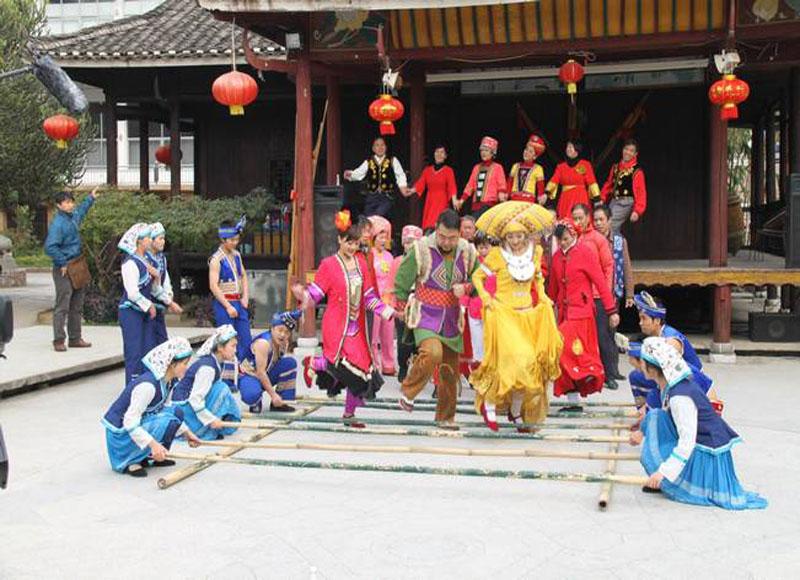 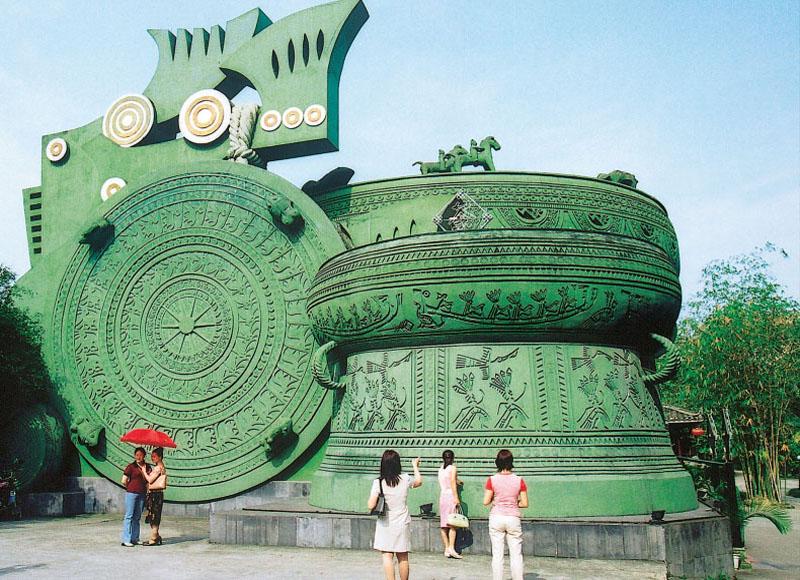 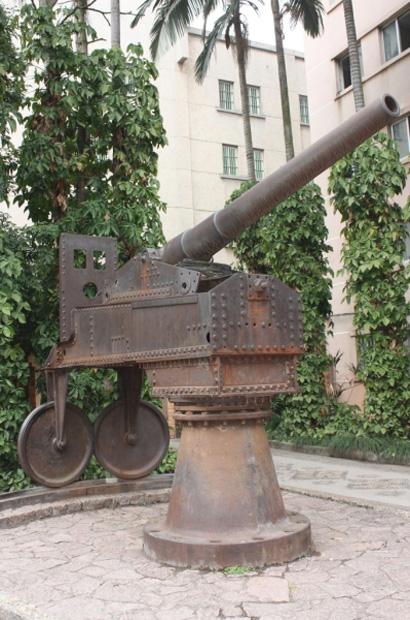 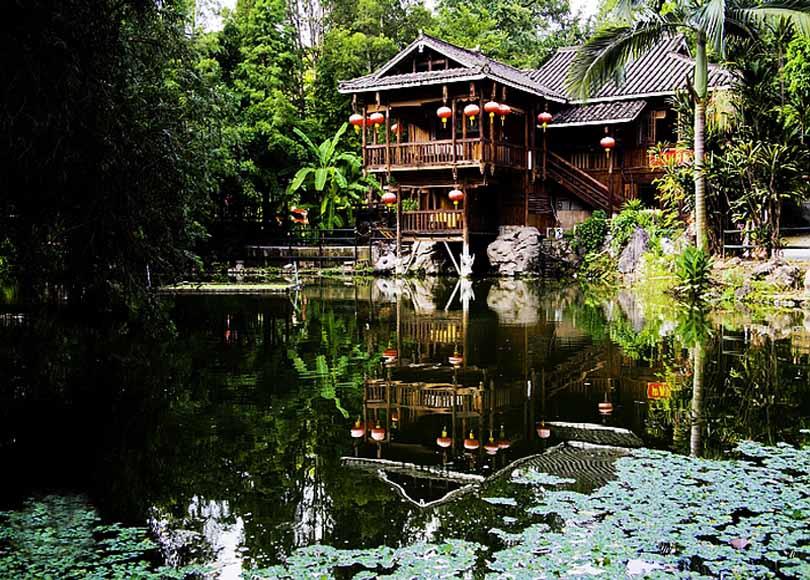 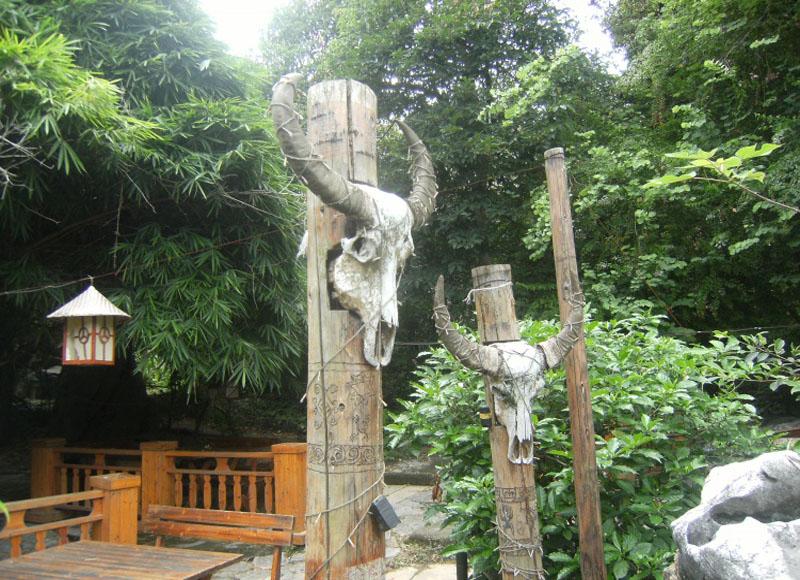 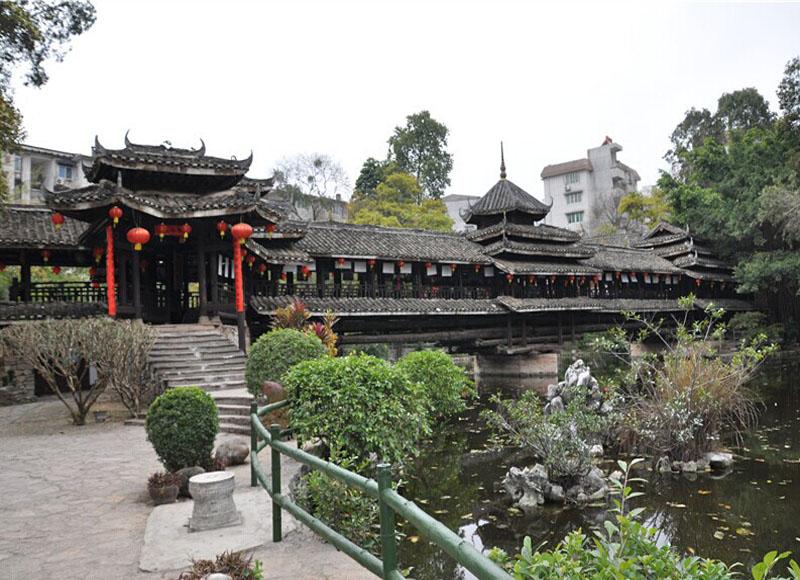 
Chinese name: 广西民族文物苑 (Guangxi Minzu Wenwu Yuan)
Location: in Qingxiu District, southeast of Nanning City, Guangxi Zhuang Autonomous Region (aka. Guangxi Province).
Ticket: CNY1.
Opening time: 06:15-21:30
How to get there: take buses No. 11、23、30、47、63 or 205, get off at Wen Wuyuan (文物苑站, Ethnic Relics Station)
Best time to visit: all year round

Guangxi Zhuang Autonomous Region, the name of which seemingly looks like it is a special living area for Zhuang people only, is as a matter of fact a province where other 10 indigenous minorities groups and the Han (approximately 1.2 billion, accounting for about 90% of Chinese population) live together. Leaving the Han (accounting for 62.82% of Guangxi population) aside, the Zhuang occupies the majority among all the minorities in the province – what’s more important is that it is the birthplace of Zhuang - hence it was named so. It is the mixing residing of the 12 ethnic groups that boosts the multi-ethnic culture and custom of Guangxi. 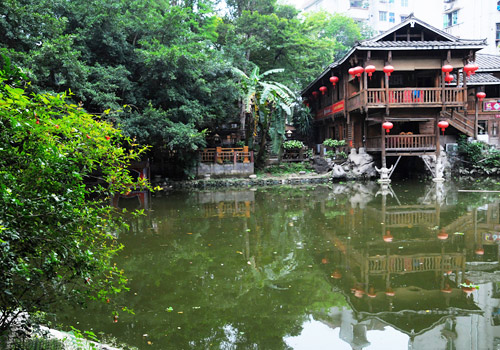 Being the neighbor ofGuangxiMuseum, theGuangxiEthnicRelicsCenterinNanningCityhas been designed to be a characteristic local outdoor gallery for minority groups including Zhuang people,Yaopeople, Miao people and Dong people. It is established in the end of 1988 with an area of 24,000 square meters. Visiting theGuangxiEthnicRelicsCenteris an unforgettable experience and a fun trip featuring folk customs of different minorities, unique buildings and mode of life. Many visitors are surprised to learn that a number of precious ethnic relics, life and art. When festivals or some important occasions come, Zhuang people show their culture charms on the stage, Miao people shyly sing their love folk songs and hide themselves in the bamboo forest, while Yao people are busy treating guest with delicious food. Drums were found in China more than 2,700 years ago and Guangxi is seen as the hometown of drums for accounting for 1/3 of total ancient drums. The world’s biggest bronze drum is displayed here. For decades, Guangxi Ethnic Relics Center established a great reputation as a cultural exhibition dedicated to the different minority dwellings, unique handicrafts, local utensils and traditional ethnic folk art.

Guided by the aims - demonstrate unique folk styles and traditional culture to public, educate and motivate visitors to further explore this rich cultural minority heritage, the local government planned to build up a "Guangxi Ethnic Village" when Guangxi Museum was founded in 1978. The idea was conceived for few years, andEthnicRelicsCentercame to reality at last in 1988. Focusing solely on folk customs and folk relics, it has an array of local drums, rock paintings, architectures, work tools, life utensils, handicrafts and food etc. In order to preserve and strengthen the folk culture,GuangxiEthnicRelicsCenterprovides a large number of information to explain the cultural and historical significance of the minority groups on display and makes for a wonderful learning experience. Visitors just need to spend only one or two hours exploring this incredibly rich cultural heritage at this center. 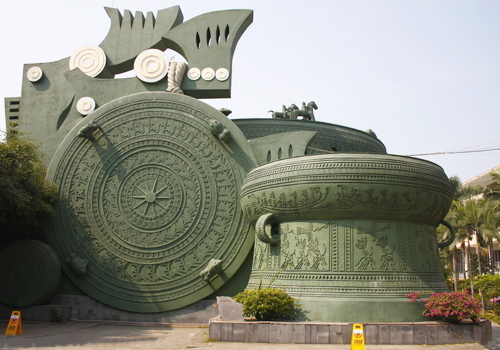 Bronze drum is viewed as a miracle in bronze culture of ancientChina. It was used in ancientChinasome 2,700 years ago and people have discovered more than 1,400 unearthed drums so far. In the front of drums exhibited zone, a huge drum is shown which implies the important role drums play in Guangxi history. A majority of drums are produced and applied in Guangxi, which was a prominent drum-making area at old times. The gigantic drum, named as Yunlei Wen Giant  Drum (165 cmin diameter,67.5 cmin height, 300 kilograms in eight), was discovered in Shuichong Nunnery, Yuanjing Town, Beijing City, Guangxi (广西北流市元靖镇水冲庵). People claim this drum as the largest bronze drum in the world and call it “King of Drums”. Being a special musical instrument, the drum mainly consists of copper and tin. In ancient time, as an icon of power and wealth, drums were used in kinds of occasions, such as worship, sacrificial offering and wars.

What else to see at Guangxi Ethnic Relics Center

Similar to concept of protecting home with fence, minority groups have their own "fence" - Zhai Men (寨门, village gate) as well. An original minority style village gate is usually built on the main entrance of a village. It is traditionally wooden and symbolizes rich and happy life. The gate is opened all the time, except when some crucial sacrificial offering activities are held. However, the function for defense has faded away in today’s peaceful time. What visitors receive here will be warm and friendly welcome from the local people. According to the customs, folk songs and wine are the most common ways to show their hospitality and respect to guests.

Unlike other buildings, local dwelling - Diaojiaolou (吊脚楼, a kind of architectural style of some Chinese minorities, normally a wooden house supported by several 1-2 meters high pillars) - radiates a strong feeling of originality. Due to the humid climate and rugged terrain, Diaojiaolou is generally built upon the mountains with two storeys. The first storey is for storage and poultry, while the second is for the living of the family. Comparing to common buildings, Diaojialou is absolutely a wonderful wooden work of art and worthies of visiting.

In addition, some traditional producing procedures for living materials and handicrafts are shown in the ethnic workshop zone including oil extracting, rice milling, paper making and pottery making, etc. An abundant of ethnic relics and related information make Guangxi Ethnic Relics Center a pleasure to visit.