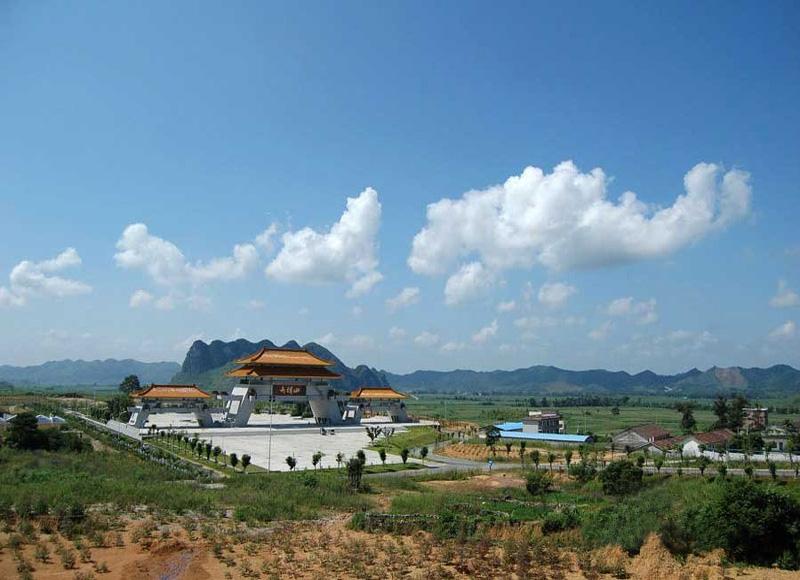 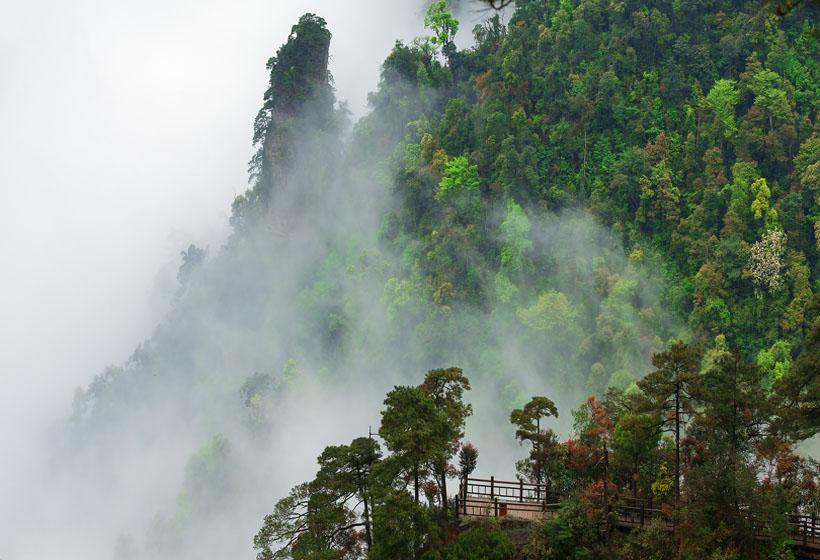 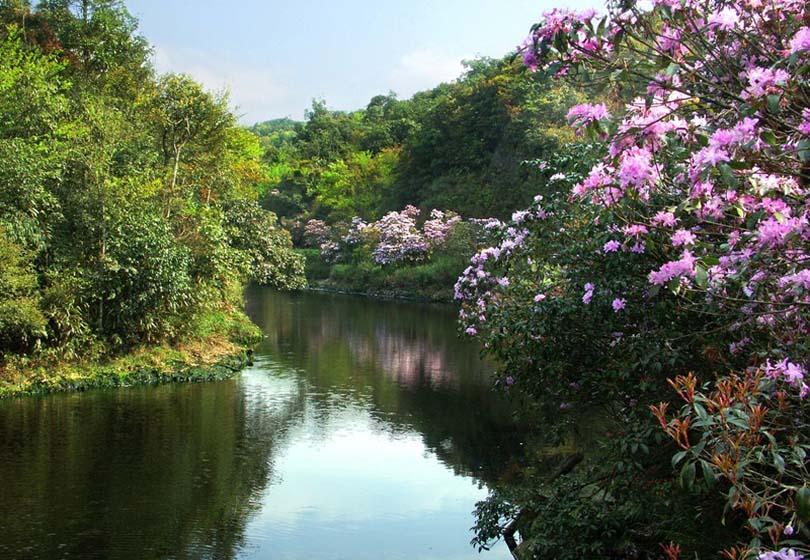 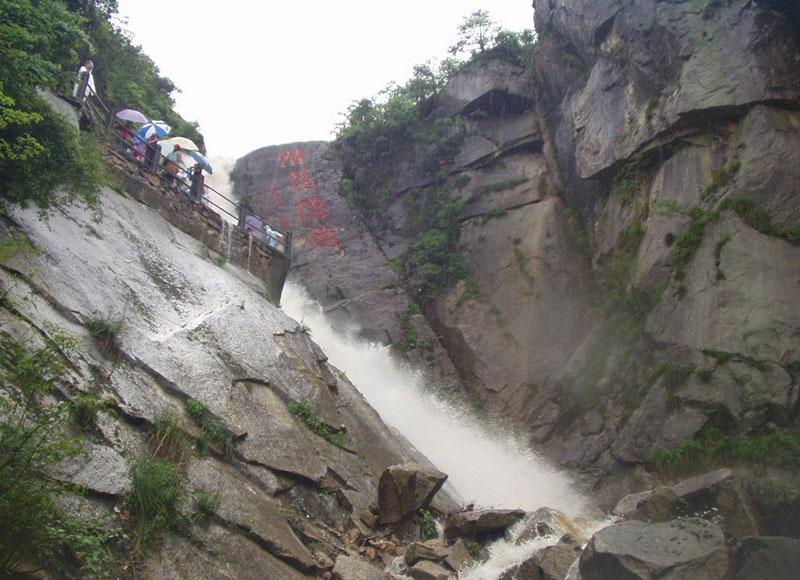 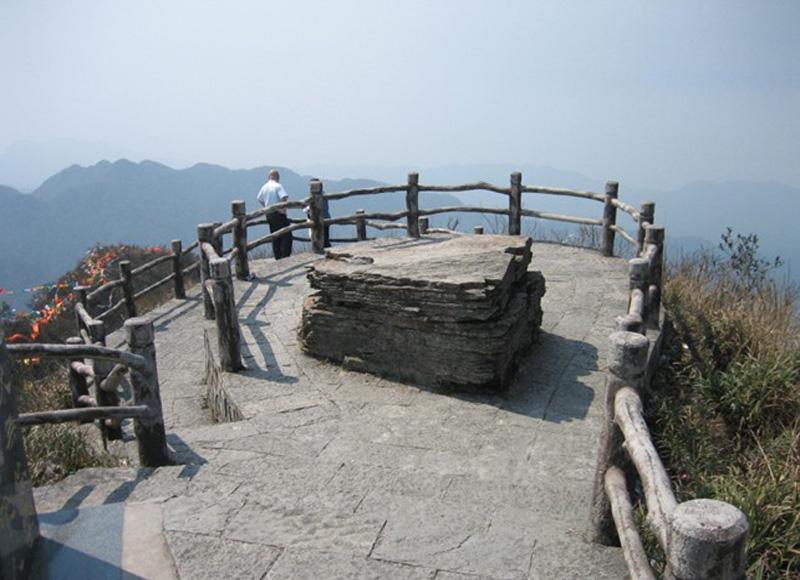 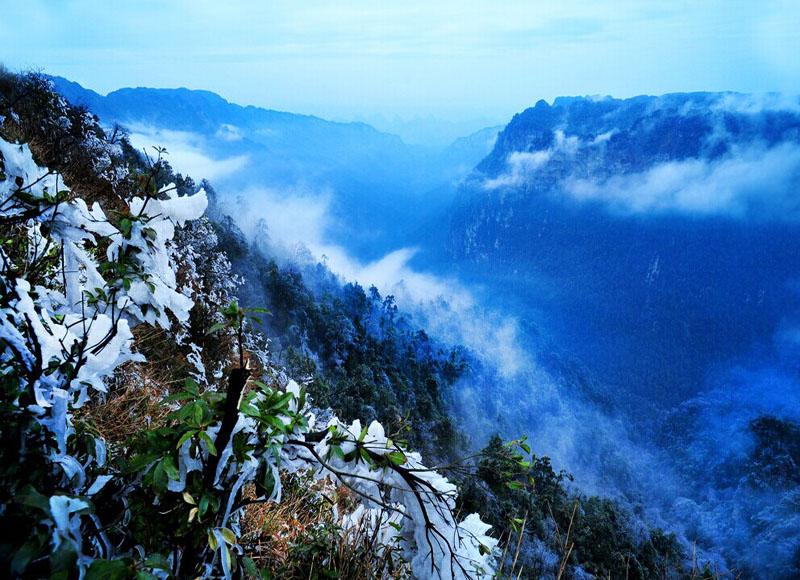 
Chinese name: 大明山 (Da Ming Shan)
Location: No.1 Mingshan Road, Liangjiang Town, Wumin County, Nanning City, Guangxi Zhuang Autonomous Region.
Ticket: CNY128.
Opening time: all day long.
How to get there:
- take shuttle bus at Xiao Jin Shan Square (in the front of Chaoyang Square in the city center); the bus departs every day at 09:00 and rides for 3 hours, and returns in the afternoon around 15:00.
- take shuttle buses in front of Min Zu Department (No.75 East Renmin Road), which departs at 09:00 and 15:00 each day.
- take buses departing for Mashan, Dahua or Du'an at Anji Bus Station, and get off at the intersection of Daming Mountain.

Enjoying a favorable location of regional advantage nearby the golden route of Guangxi tourism, Daming Mountain is only 93 kilometers north to downtown Nanning, not far from scenic areas of Yiling Cave and Jinlun Cave. Standing between the Hongshui River and Youjiang River, on the junction of Shanglin County, Wumin County and Mashan County, it is seated on the Tropic of Cancer, stretching from the northwest to southeast for 60 kilometers. With the main peak Longtou Peak standing 1760 meters high above the sea level, Daming Mountain is the highest mountain in central Guangxi- the compact community of Zhaung people. As a huge natural living beings treasury with rich flora and fauna, distributed primeval forest, peculiar and ancient species stratum, the mountain Daming is a rare ecotourism resort in Guangxi Province, serving as one of the best weekend destinations for citizens. 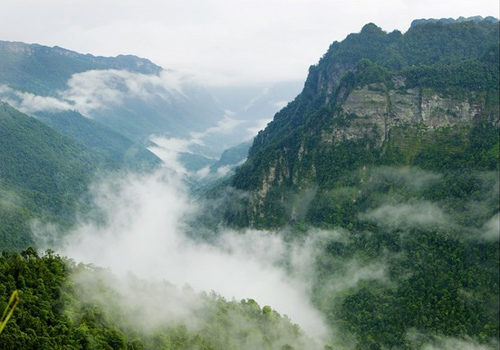 Famous for its four wonders- spring mist, summer waterfall, autumn cloud and winter snow, Daming Mountain is hailed as the Mount Lu of Guangxi, which had attracted many a literati in the ancient times and film director in modern times.

What to see in Daming Mountain?

Owing to its complex terrain, unique climate and relative large altitude difference, Daming Mountain of Nanning has a rich flora and fauna and offers a distinctive landscape in four seasons: the mist of spring, the waterfall in summer, the cloud in autumn and the snow of winter. Covered with mist and cloud all the year round, Mount Daming is beautiful and graceful with abundant tourist resources. The ridges and peaks are luxuriantly green, colorful and varied in postures, brooks and streams are criss-cross, cliffs equipped with flying waterfalls and gorges are precipitous. It has the highest peak in central Guangxi, the Longtou Peak, the typical gorge landscape, the legendary mountain top meadow, and the ocean fossil specimens. It has a high rock waterfall with a height of more than 120 meters, and a Dragon Lake adding radiance and beauty to the mountain. It is not only a preferable choice to avoid summer heat but also a winter resort for snow scene in the southernmost China.