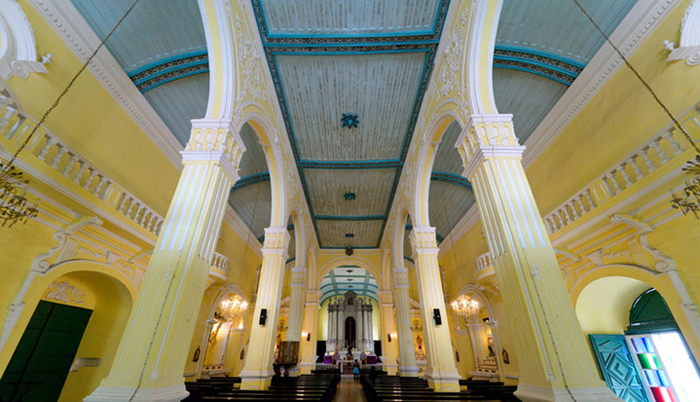 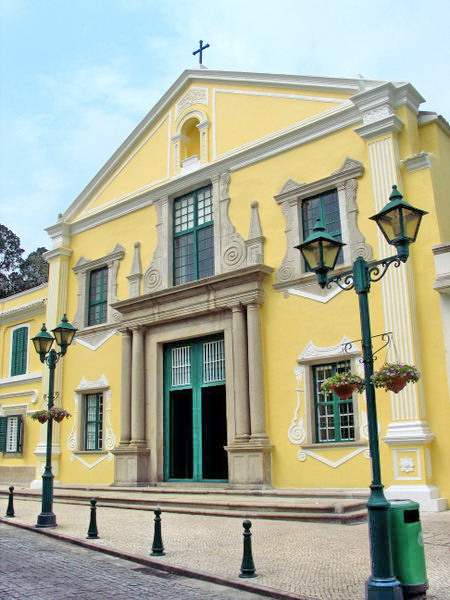 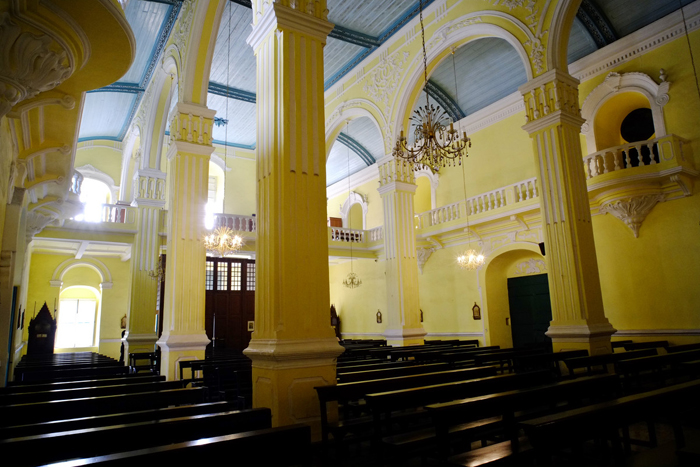 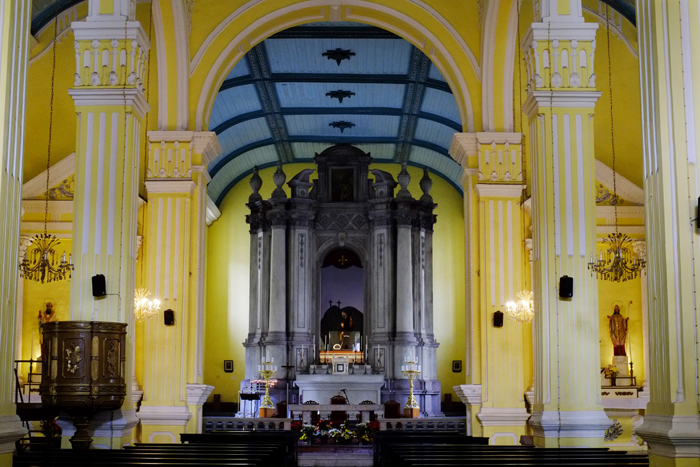 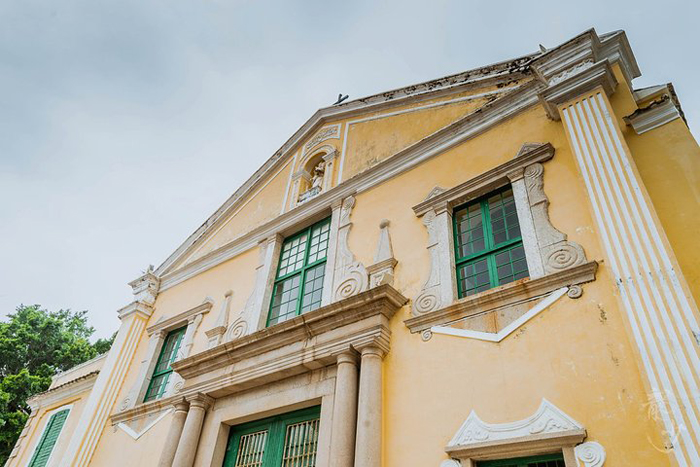 St. Augustine’s Church was built by Italian catholic Augustine priests in 1586 and three years later taken over by Portuguese. It is one of oldest churches of Macau as well as Macau’s first church for English Mass. In 2005, it was included into UNESCO’s World Heritage List as it forms part of the Historic Centre of Macau. St. Augustine’s Church was initially quite simple and was called ''temple'' by Chinese. After its reconstruction in 1875, St. Augustine's Church became more like a church, reflecting the blending of oriental and western cultures. Imposing, spacious, this old church has a marble altar, enshrining the statue of Jesus on the Cross. A couple of columns divide the church into three parts and support the arched roof. Since the establishment of parishes in Macau in 16th century, Macau has been carrying on the tradition of Way of the Cross procession, a symbol of which is that the ''Jesus on the Cross'' is brought from the St. Augustine’s Church to the Cathedral of Macau. A large crowd of pilgrims take part in the solemn ceremony, including those from Hong Kong. The parade lasts for two days every year on the first weekend of the Lent. On the first day, the whole assembly solemnly brings the Jesus to the Cathedral of Macau. On the second day, the Jesus will be brought back to St. Augustine’s Church. 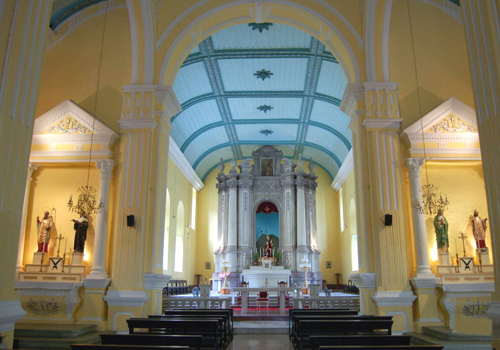 After the opening of Macau, it became the first destination for western priests preaching in China. And a number of churches were built for Christians. Therefore Macau is hailed as ''City of the Name of God''. Most priests came from Portugal, Spain, Italy and other countries. They held Mass in Portuguese and other languages. St. Augustine's Church was the first church for English Mass. There are a number of legends about St. Augustine's Church. One is that when the statue of Jesus is brought to the Cathedral, it will be back to the altar in St. Augustine’s Church mysteriously.