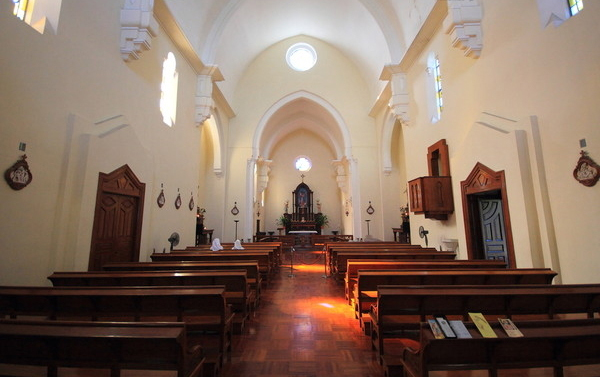 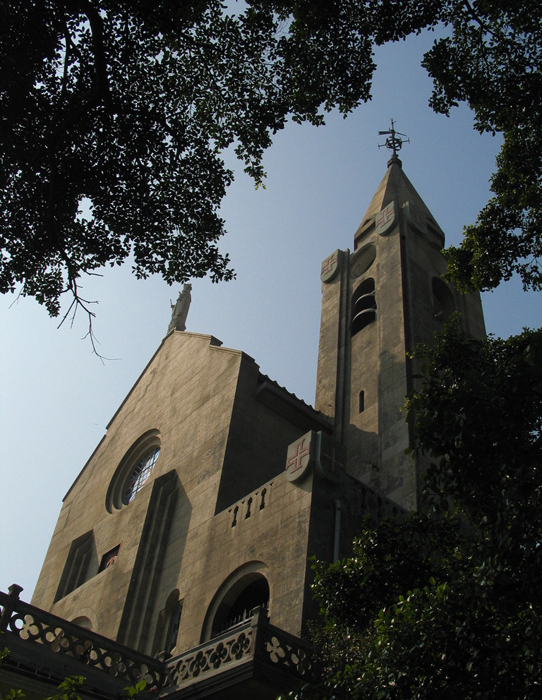 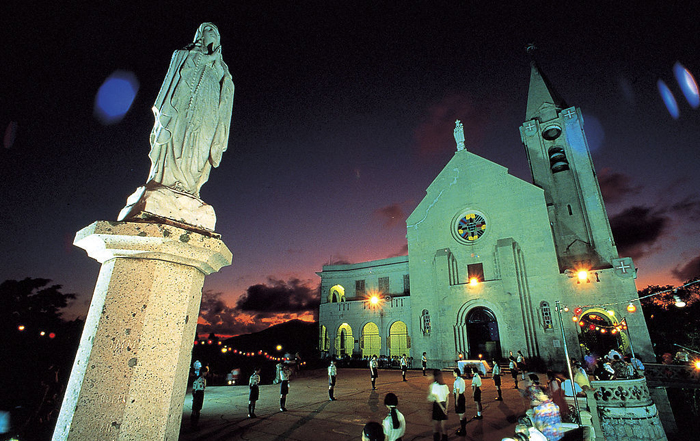 Chinese name: 主教山/西望洋山
Location: in the St. Lawrence Parish, Taipa Island, the south of Macau Peninsula, Macau.
Ticket: free.
Opening time: 09:00 - 19:30
How to get there: take public bus No.6, 9, 16, 28B and get off at the station of A-Ma Temple (媽閣廟).
Nearby attractions: Ruins of St. Paul, A-Ma Temple, Fortaleza do Monte, Kun Iam Temple, Macau Jockey Club.

Introduction to Penha Hill – the third highest hill of Macau

Penha Hill, or Colina da Penha in Portugal, standing 62.7 meters high above sea level, is the third highest hill in Macau Peninsula. The hill just faces the inner harbour in the west, looks at the Guia Hill, the highest hill of Macau, across the South Bay in the northeast and connects A-Ma Hill in the south; furthermore, the famous hundred years old A-Ma Temple is just seated on its southwestern submontane area. On the mountain slopes, many pieces of granite are found with inscriptions given by celebrities and scholars; on the hill top are the Penha Church which was built in 1622 and the mansion house of Macau’s Catholicism just constructed aside in 1935. 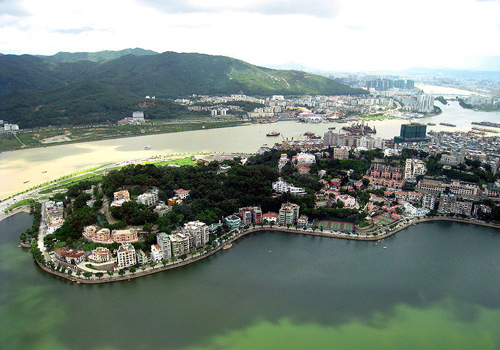 Penha Hill is of beautiful sceneries with greenery and quite a few villas in the southern European style. It is one of the Macau’s brownstone districts and houses the time-honored Hotel Bela Vista at its eastern hill foot.

Introduction to Penha Church - a main architecture on Penha Hill

The Penha Church was built for navigators in 1622 aside the fort barbette. Designed in simple and elegant style, the church is exceptionally beautiful under postmeridian sunlight with its ambient trees and flowered paths. After several times expansion and reconstruction, the church gives its dominant to the soaring gateway, with the bell tower on its right and the new-built mansion house of Macau’s Catholicism on its left; on the top of the triangular roof is a standing goddess Virgin Mary statue. In front of the church is a broad floor, at the end of which is another big Virgin Mary carved from white marble. The goddess puts her palms together devoutly with amiable look and faces the sea. 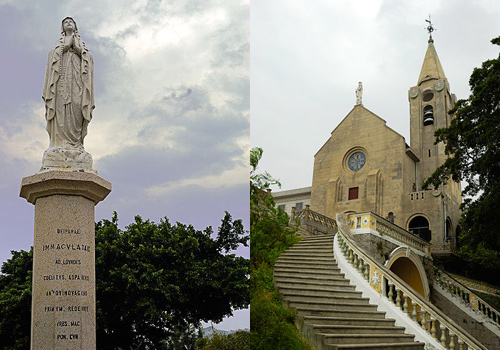 It stands beside the goddess statue, superb sights are available - an overlook of lesser part of Macau, a panoramic view of the Macau Tower and the three symbolic bridges, and a scene of West-South Bay and Wanchai of Zhuhai City, the neighbor of Macau. That is the reason why the Penha Hill and its Penha Church are both one of the hot attractions among travelers and a popular site chosen by local new couples for their wedding photo and wedding ceremony.