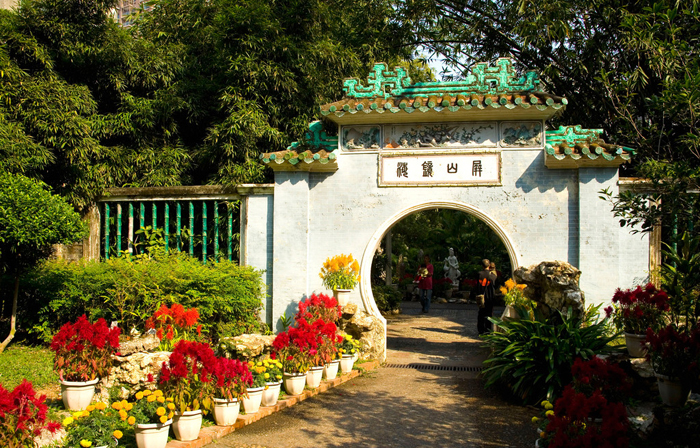 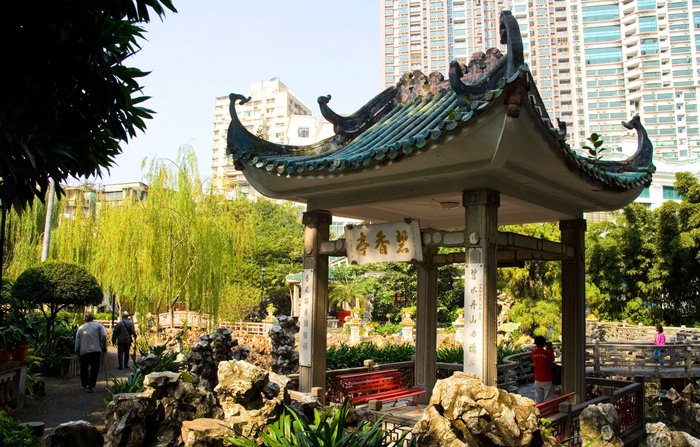 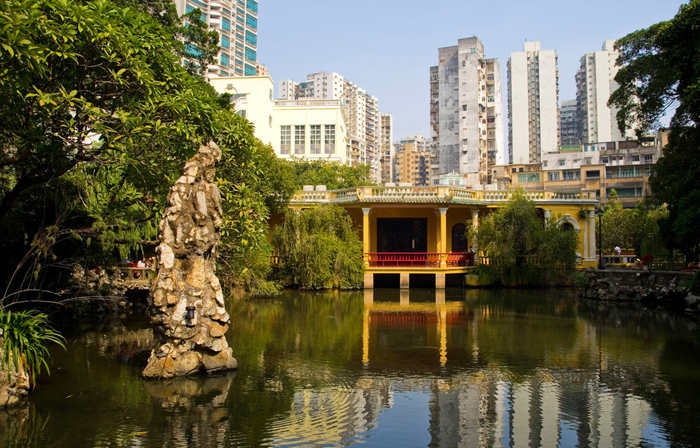 Located in the middle of Macau Peninsular at the northern foot of Guia Hill, Lou Lim Ieoc Garden (in Portuguese: Jardim Lou Lim Ieoc) covers an area of 1.78 hectares with scenic landscapes. This elegant garden was modeled after Suzhou Lion Grove Garden, one of the four most famous classic gardens in Suzhou, being the only one with Suzhou classical garden style in Macau. Lou Lim Ieoc Garden was once named "Entertainment Garden" and hailed as one of three famous gardens of Macau many years ago. And in 1992, it was rated as one of Macau’s eights sights. Lou Lim Ieoc Garden is a great place for sightseeing as it has quaint moon gate, shady walkways, grotesque rocks of man-made hills, bamboo groves, towering banyan tress, winding corridors, elegant pavilions, spattering waterfalls, ponds with green lotus, etc. The waterside pavilion is the centerpiece of Lou Lim leoc Garden. Despite it is a traditional Chinese architecture, some western architectural elements are embedded in, such as the external wall painted in light yellow, the favorite color of Portuguese, gothic porticoes, white European-style carvings at the top of porticoes. The barrier close to the pond is painted red, China’s favorite color. This building reflects the fusion of oriental and western cultures. 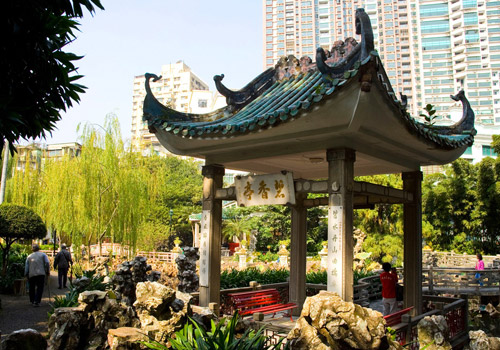 It was initially a vegetable plot and was purchased by a Macau Turpan, whose son Lou Lim leoc spent a large sum of money to convert it into a private garden. Lou Lim Ieoc Garden was the largest private garden in Macau. The construction started 1904 and took 21 years to finish. The garden was changed hand due to the Lu family’s bankruptcy, until it was purchased by Macau government in 1970s. After renovation it was opened to the public in 1974. At the turn of 21st century, Lou Lim Ieoc Garden was famed as the show place of Cantonese opera. Sun Yat-sen, the forerunner of Chinese democratic revolution, once stayed in this garden to meet celebrities of China, Macau and Portugal, and revolutionists.