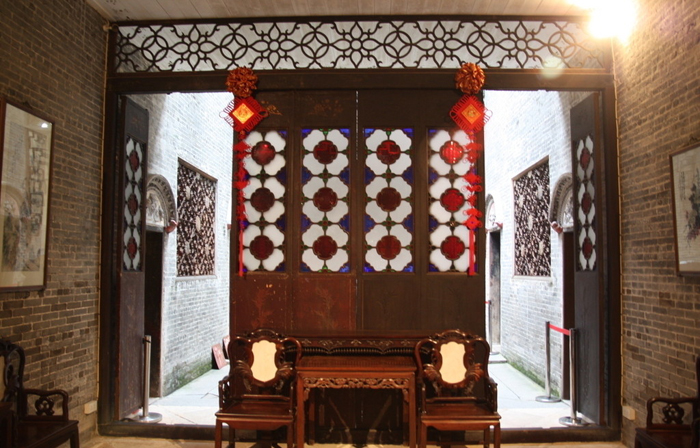 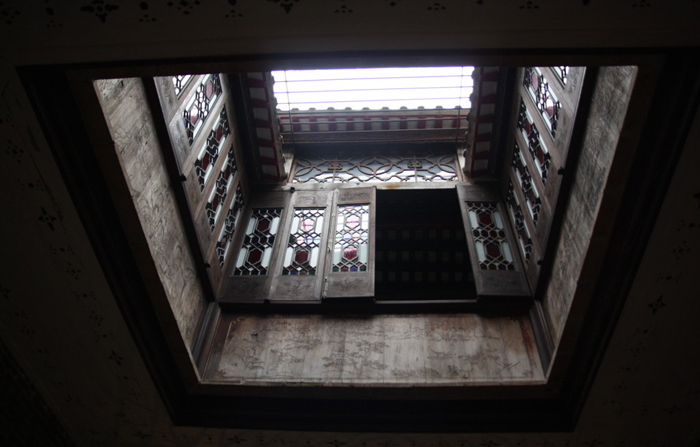 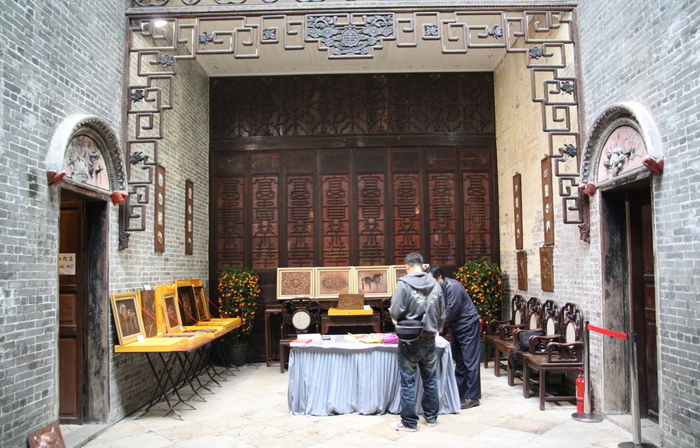 The Lou Kau Mansion (Casa de Lou Kau) located on the Travessa da Sé is the residence of Lou Kau (1848-1907), a famous Macau merchant in early 20th century. Lou Kau Mansion has been listed as a part of Historic Center of Macau. Governed by Macau Bureau of Culture, it is opened to the public partially. The Cantonese-style mansion was built in 1885. It is two-storey tall with gray brick walls, being a rare extant traditional mansion in Macau. The layout imitates Xiguan Dawu (most of them are residences of merchants and officials built in late Qing Dynasty) in Liwan District of Guangzhou City. The hallway, tea room and the main hall are separated by screens. Several patios are arranged to collect light. The interior decorations bring in both Chinese and western elements. Brick carvings, plaster moldings, hanging fascia are akin to those found in central Guangdong Province. While false ceilings, iron railings, and Portuguese-style blind windows with stained glasses add to the western elements of the complex. In 1992, Lou Kau Mansion became a protected architecture as the Macau government appraising it "with great architectural artistic value". 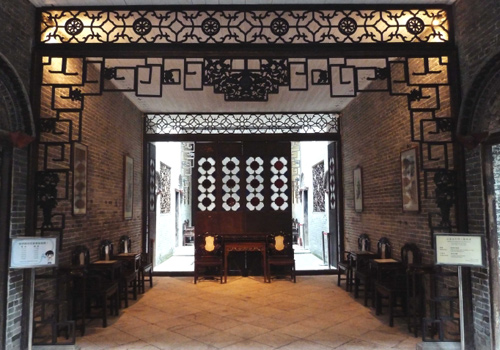 Lou Kau was born in a poor family and moved to Macau in 1857. Ten years later, he made fortune through opium trade and gambling. However, with the prohibition of gambling since 1904, the Lu family went into bankrupt. The mansion fell into hands of others and filled with renters and at one time accommodated some 20 households. And because of long-time disrepair, most of the mansion was taken down. It was not until 2002 that Macau Bureau of Culture started maintenance of the mansion. In 2005, Lou Kau Mansion was opened to the public partially. Macau’s Chinese Orchestra once held several small-scale concerts in this mansion to promote Chinese traditional folk music.