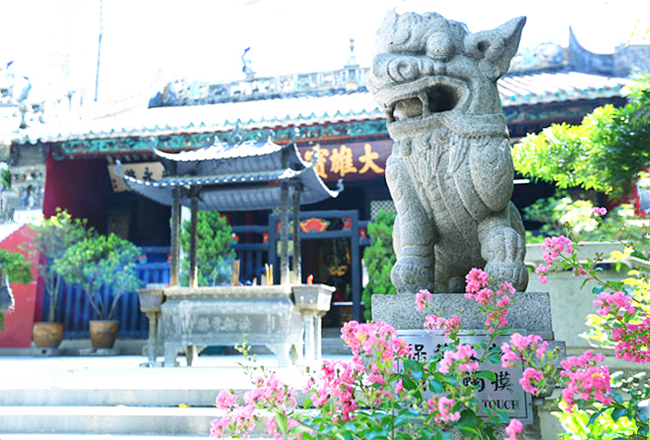 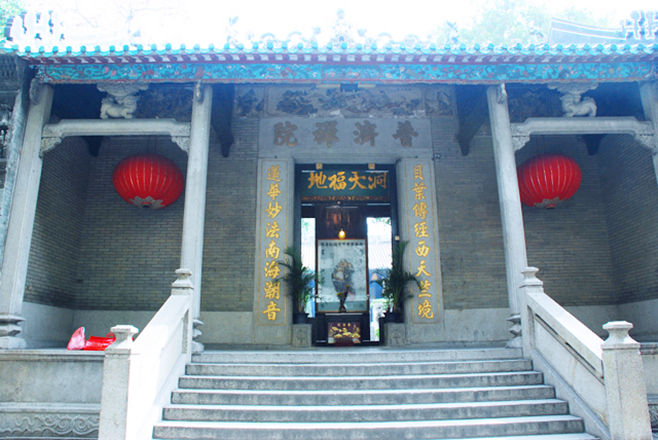 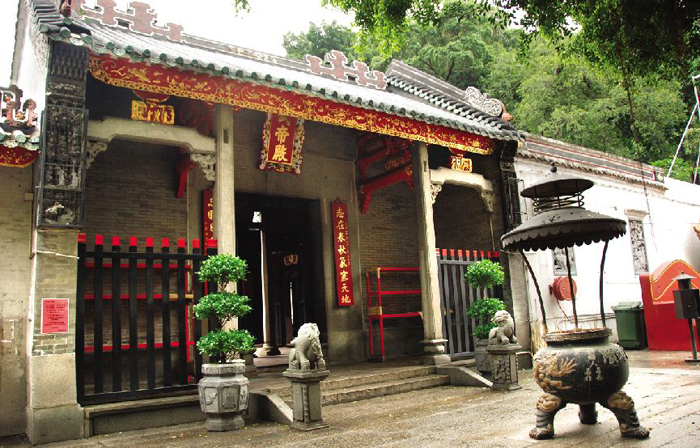 Located on the Avenida do Coronel Mesquita, Kum Iam temple is a pure land amidst busy streets in Macao. Constructed in late Ming Dynasty (1368-1614) with a history of over 360 years, it is the most famous and largest (in both scale and area) temple among the Three Ancient Temples of Macau (the other two are A-ma Temple and Lin Fung Temple). The temple was elected as one of the Eight Scenes in Macau in 1992. 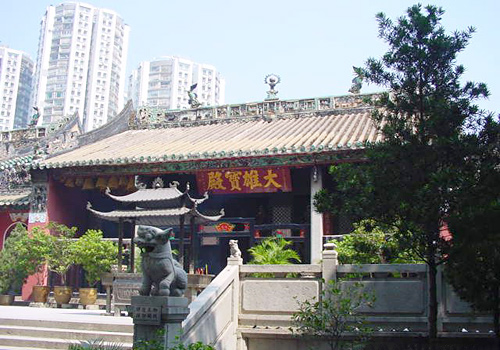 Kum Iam Temple is a rare ancient large-scale Buddhism Architecture complex in Macau built with the characteristics of traditional Chinese temple. The first hall after enter the Kum Iam Temple is the Mahavira Hall, the second is the Amitayus Hall, after which is the main hall of the temple, the Hall of Avalokitesvara Buddhisatva; in the back of the halls is a deep and serene backyard garden.

The solemn Mahavira Hall enshrines and worships three grand and majestic Buddhas, including the Sakyamuni. Aside the hall is an ancient bronze bell which was worked for over 350 years; on the edge of eaves of the hall are exquisite and vivid Shiwan Figures carved with glazed tiles in Ming Dynasty. 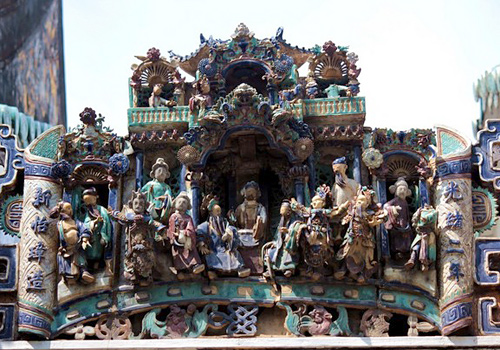 The main hall worships a camphorwood Avalokitesvara accompanied by eighteen arhats on both sides. The arhats are fine carved with vivid shapes and expressions; one of these standing in the left, with sharp nose, salient eyes, and curly hair, is said the shape of Marco Polo, who came from Venice, Italy and had once study the Buddhism in China. As a main hall of Kum Iam Temple, in the Avalokitesvara Hall, the incense and candle is unusual prosperous and disciples flow in an endless stream especially on the birthday and enlightenment date of the Avalokitesvara.

What else to see in Kum Iam Temple?

By the side of Avalokitesvara Hall is a garden; around the lotus pool in the garden are dozens of potted plants, one of which grows in a unique shape; its branches are curly and form a Chinese character of Shou (means longevity), and disciples believe they can live to a ripe old age if they have devoutly touched that plant.

A portrait of a Laughing Buddha is found in the lobby of the temple. Whichever way you look at it, the Buddha is just grinning at you. Furthermore, the temple collects a great number of famous paintings, calligraphies, and cultural relics, including the works from Gao Jianfu (1879-1951), one of the founders and the master of the school in the south area of the Five Ridges (mainly including Guangxi and Guangdong provinces) and his famous apprentice Guan Shanyue (1912-2000), one of the Three Poets in the south area of Five Ridges Chen Gongyin (1631-1700), and the famous scholar Zhang Taiyan (1869-1936). On the screen-wall of the living rooms are some elegant carvings of calligraphies from the original handwritings of masters of successive dynasties, such as Mi Fu (1051-1107), Dong Qichang (1555-1636) and Liu Yong (1719-1804). 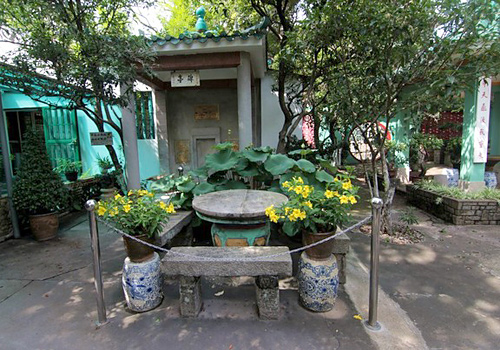 The granite table and its four matched benches found in the backyard garden was just the sign location of the Sino-US Treaty of Wangxia, which was signed in 1844 after the Opium War (1840-1842).