There are eighteen oddities in Yunnan, which vividly display the unique traits of this province. The followings are commonly recognized:

1. Bamboo hat is used as a pot cover.
Bamboo forests are commonplace in Yunnan, so quite a few utensils are made of this kind of material. Such pot cover breathes and is easy to hold. 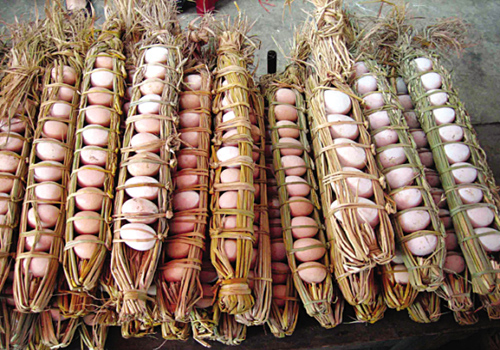 3. Trains run slower than buses.
As there are many high mountains and canyons in Yunnan, railways are of steep gradients and of many bends, which slow the train down. Therefore, that the bus runs faster than the train can be found.

4. Three mosquitoes make up a dish.
It is an exaggeration. But it must be admitted that in many sweltering areas of Yunnan mosquitoes and flies are common, and they are much bigger than those in the cote.

5. The same clothes are worn throughout the year.
Due to changing weather of Yunnan, the province often sees people on the street wearing different kinds of dresses of the four seasons in a single day.

6. Caves are as charming as the paradise.
Thanks to its karst topography, karst caves and underground rivers are available. And scenes in the caves are so marvelous that visitors often feel as if they were in a fairy land, especially in the colourful lights.

7. Dali Baba is called Erkuai.
Erkuai, which literally translates as ear pieces, is made of glutinous Yunnan rice, and this snack can be tried in different ways – by frying, cooking, or steaming. 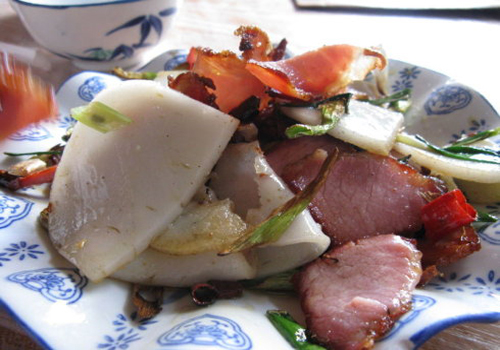 10. Girls are called Lao Tai.
Lao Tai, literally meaning old lady in mandarin, is calling a young girl in Yunnan. It is so happened because of different pronunciation of vernaculars.

11. Old ladies climb faster than monkeys.
Because of high mountains and deep valleys, women have already got used to climbing and doing farm work. For ladies in their seventies or eighties, it is as easy to climbing the mountains as walking on the flat path. 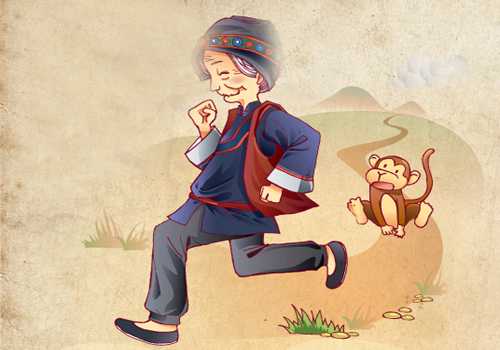 14. Toes are exposed all the year round.
Bumpy roads make it difficult to walk, so locals often have foot sweating. And shoes are often designed with low soles and low-cuts, making toes exposed and feeling cooler.

15. Men raise children.
Yunnan women are so industrious that they often work outside to earn money. Men, on the contrary have more leisure time to stay at home to take care of their children. 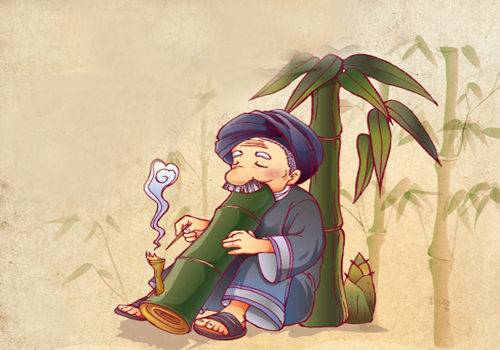 16. Use bamboo as water pipe for smoking.
Similar to pipe used for blow up the fire on the outside, the water pipe made of bamboos is still different from that. With water pipe people have to breathe in rather than blow up. Filtering the smoke can decrease the tar concentration.

17. It rains here but shines there.
It is used to describe the special geographical location of Yunnan and its changing weather in different areas just a few miles apart. For instance, the weather of the two sides of a mountain may differ a lot, one seeing the sun shining, the other seeing raining heavily.

18. Four bamboo rats can be packed in a bag.
In mountain regions there are many lush bamboo shoots, so bamboo rats feeding on it are much different from domestic rats. Trying this kind of delicacy will be more exciting than chicken and goose.