Long Street Banquet is the overture of farming and the ritual of praying for prosperity, annually held on October or December. It is a custom of Hani people. They will give a banquet in their fortified mountain village (Different families provide their own various food and put together), spending a joyful holiday. Hundreds of tables are setted together, which seems like a long dragon. Thus the people make Long Street Banquet its name. 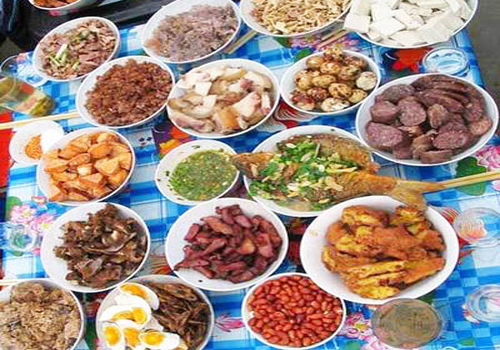 It is both a cultural ceremony and a method of entertaining guests. The ceremony is described in Mandarin as: Yiku, ertian, sanhuiwei (First it is bitter, and then sweet, while brings reflection aftertaste). There are totally three cups of tea. First is pure heating tea; second, they add walnut pieces, Kaorushan (a dairy product) and brown sugar; third, they add some honey and xanthoxylum seeds. Sand Dao Cha is cooked only for honored guests. 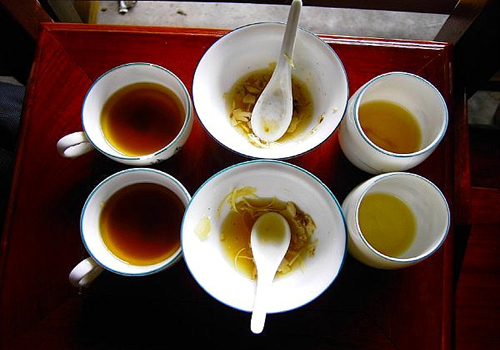 1986, the America National Fork Art Organization ranked the Art Da Ge one of the Ten Most Popular Global Folk Dances. Whenever the Yi people in Yunnan Province get bumper harvest, in marriage or festival, they will gather hundreds of people hand in hand in circles, around warm bonfire, dancing and singing overnight in the direction of inverse hour. They also play all kinds of special instruments such as the reed-pope wind instrument, short flute, yu-kin and even tree leaves. 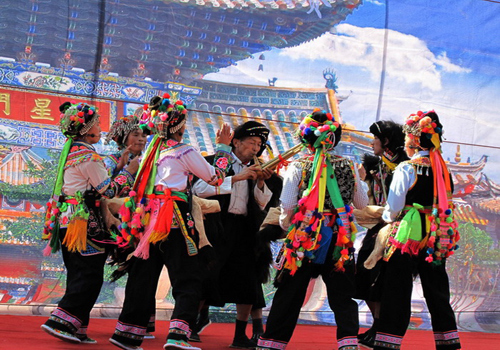 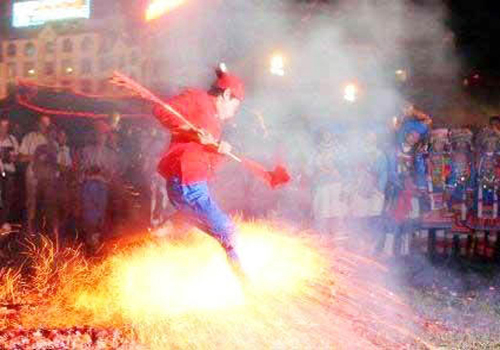 It falls on the 8th day of the 2nd lunar month, it is a traditional festival of the Lisu ethnic minority group. On that day, everybody is in gala dress in crowds coming to the meeting place to watch the breathtaking Exploring Mountain of Swords and Sea of Flames.