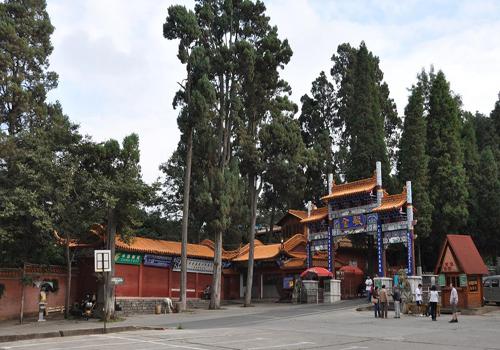 Airport in Kunming
Kunming Changshui International Airport went into operation in 2012. As China's national gateway airport for Southeast Asia, South Asia, and connecting Europe and Asia, it makes Kunming the fourth city in China to have a large national gateway airport after Beijing, Guangzhou, and Shanghai. From January to November 2019, the airport had handled over 44.31 million passengers, ranking sixth in the country.

Located beside Changshui Village, Guandu District of Kunming, Changshui airport is 24.5 kilometers away from the downtown area. Travelers can reach there by airport shuttle bus Line 1, Line 2, Line 3, Line 4, or Line 6, which takes about 40 minutes to arrive. Kunming Metro Line 6 and buses such as No. 919 are also available to the airport.

Railway stations in Kunming
In Yunnan province, train was simply a complementary means of transportation, which could be best elaborated in the saying that trains run no faster than cars. The reason for that is because of the mountainous landscape. But nowadays the situation is different due to the running of the high-speed rail. There are mainly two passenger stations in Kunming, that is, Kunming Railway Station and Kunming South Railway Station(Kunmingnan Railway Station). 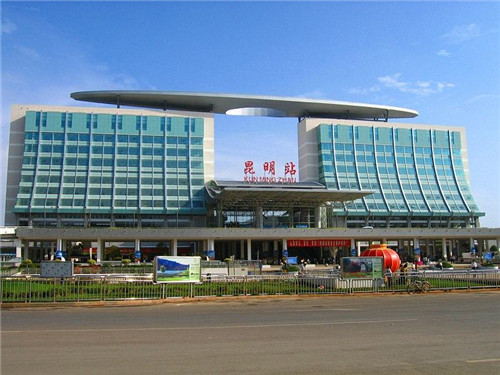 East Passenger Station –located between Hongqiao Interchange and Liangmiansi Interchange in Third Ring East Road, Panlong District, coaches at the station are mainly bound for the east and southeast of Yunnan province.

West Passenger Station –sited on the crossings of Chunyu Road and Yining Road in Xishan District, long-distance buses here are bound for the west of the province.

South Passenger Station –close to New Luosiwan Shopping Mall, coaches at the South station drive mainly for the southwest of the province.

North Passenger Station –located in Panlong District, coaches here are mainly bound for the east and northeast of Yunnan.

Northwest Passenger Station –situated in Wuhua District, coaches at the station drive mainly for the northwest of Yunnan province.