The Third Month Fair of Bai People and the Torch Festival of Yi People in Dali, Yunnan Province

The Third Month Fair is the longest festival among many of the Yunnan fairs with most goods, largest scale, farthest-reaching influence. It is the most magnificent festival of the Bai Ethnic Minority, annually held at the foot of Mt. Cangshan in Dali between the fifteenth and the twentieth day of the third lunar month. Originally it was a religious activity to assemble and show respect to their believed god – Guanyin (Avalokitesvara, a female deity), but it gradually developed into a fair performing traditional sports and dances, as well as different regions merchandise exchange. They also organize sports game, folk song competition, ancient music performance and etc. On that day, Dali City will be a sea of faces, presenting a happy and joyful scene. 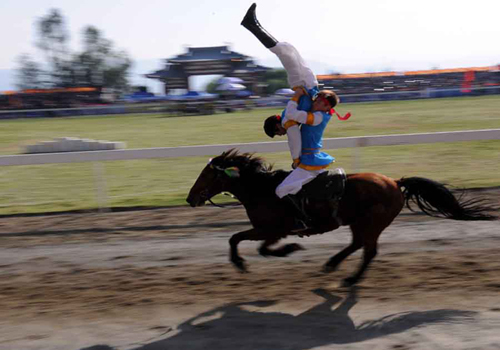 Another grand festival is the Torch Festival of Yi People held on the 25th day of the sixth lunar month aiming to wish both health and a good harvest. On that evening, the whole countryside will be decorated with various banners with auspicious words written upon them. Villagers will then light the torches in the front of their gates, then walk together around the fields holding yet more torches in order to catch injurious insects. It is also a great day for the Yi ethnic minority people to sing and dance together, and a precious day to relax and enjoy life. 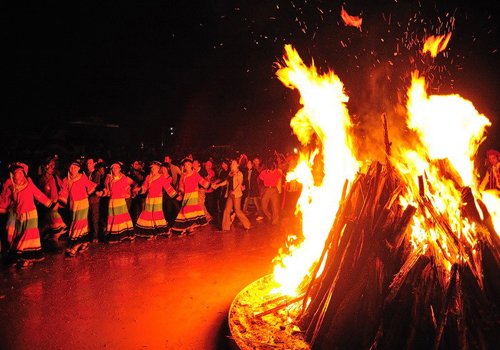 The Dai people love, rely on, cherish and respect water. The Water-Sprinkling Festival is believed to be the New Year of Dai ethnic minority, and also one of the most magnificent traditional customs of this national minority. Generally, the festival happens around the Tomb-sweeping day and lasts for three days, regularly from April 13 to 15. During those days, people sprinkle water crazily to relatives, friends and foreign guests with their best wishes. Imagine it, you are in an exciting feast, in which people eat, sprinkle and laugh in the hot sunshine, and the pleasantly cool feel that you get from your wet clothes will definitely bring you both visual and touchable relaxation and happiness. 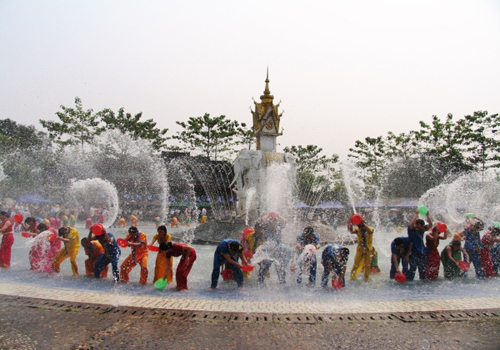 It is a traditional festival of Miao people, originated from wooing activity between men and women, annually held between the third and the seventh day of the first lunar month. On that day, the Miao people gather around from far and near in unique flamboyance Miao trappings. A large crowd talk, laugh and shout. Let it out! Huashan Festival will officially start after the Huagantou’s (the head of the activity) toast and blessing to the people. 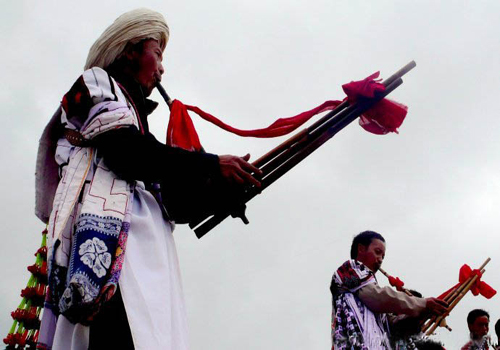 The whole place is full of music performed by gong and drum, as well as the shouting of firecrackers, while all kinds of flowers and colorful banners fluttering in the wind. Huashan Festival is also a great time for the young looking for life partners. Through singing in antiphonal style or dancing together, they get to know each other, and make dates to meet in some silent places. Some exchange gifts making life commitment. The travelers are always impressed by those passionate and sincere teenage boys and girls.