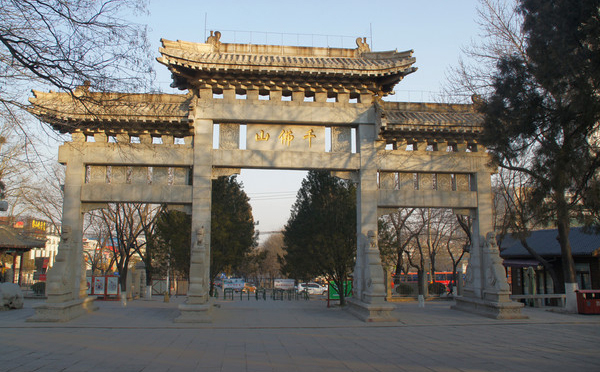 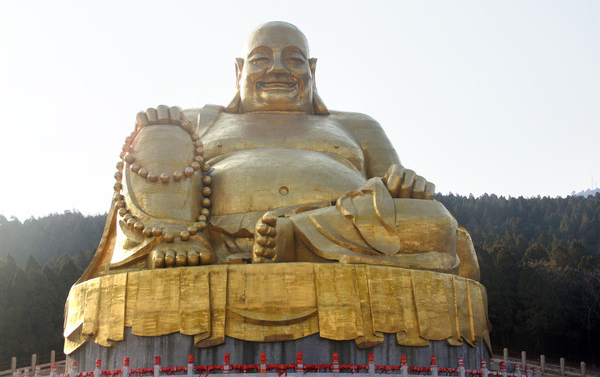 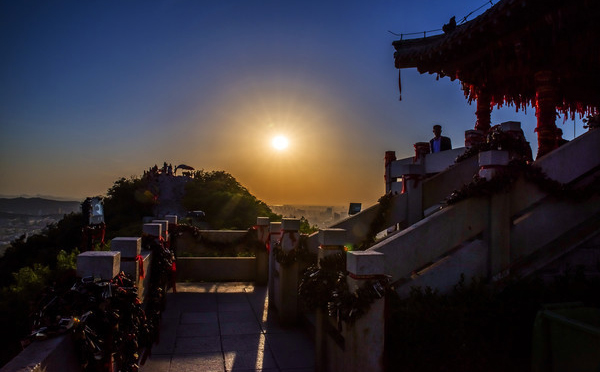 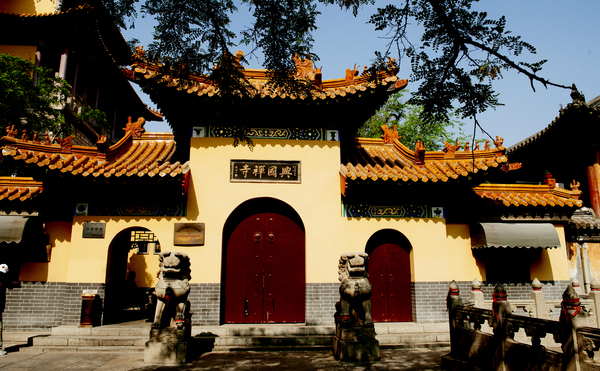 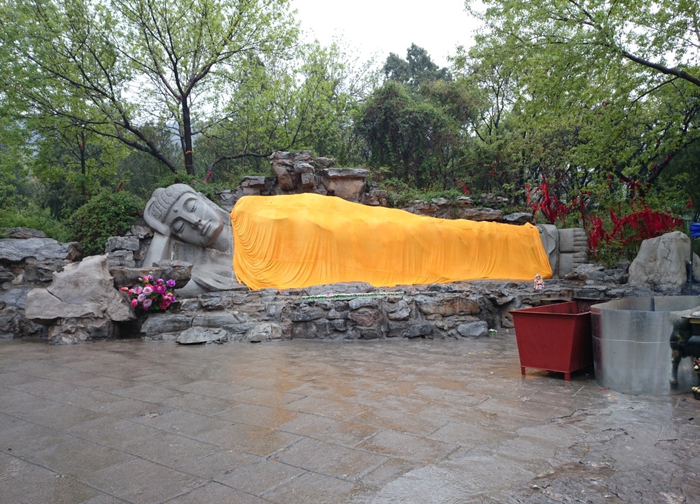 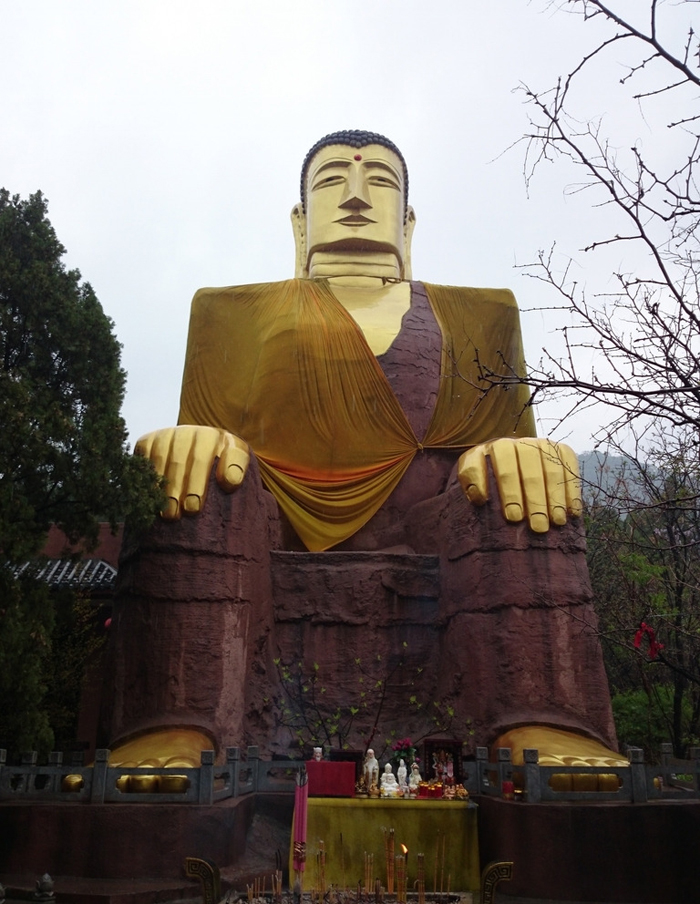 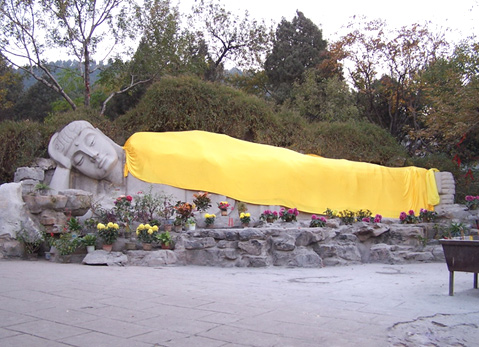 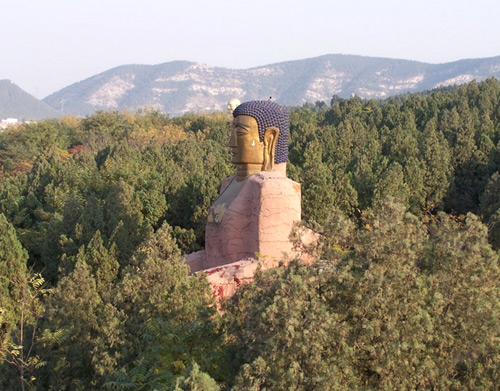 Thousand Buddha Mountain/Mount Qianfu is one of Jinan's must-see three major tourist-attractions and is one of Jinan's highest mountains standing at two-hundred and eight-five meters above sea-level. Before the Zhou Dynasty this mountain was simple referred to as "Li Mountain" and was in the centre of what had been described as a farming 'wasteland'. However after the Sui emperors issued the decree to engrave statues of Buddhas onto the rock and ordered the construction of Thousand Buddha Temple it henceforth became known as Thousand Buddha Mountain. The temple was further developed under the Yuan Dynasty as well as during the Ming Dynasty when it became referred to as 'Candle and Incense Paradise'. 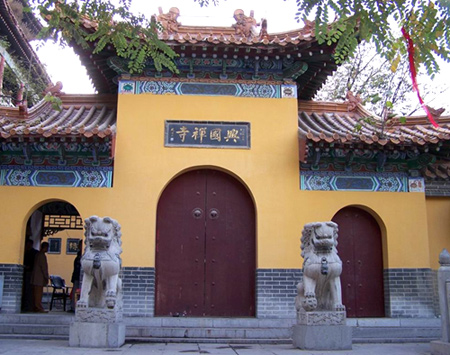 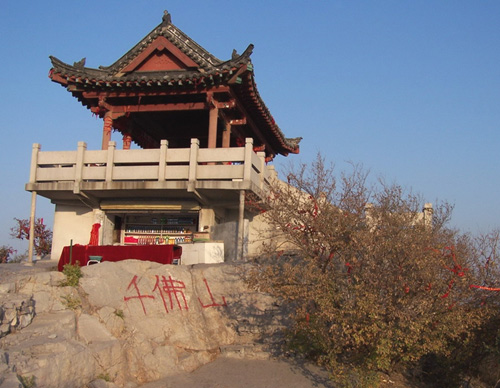 The mountain ranges behind Thousand Buddha Mountain sit like a green screen -door, folding and twisting into the endless distance. For hundreds of years, the Thousand Buddha Temple became a symbol of prosperity and good fortune, many came to worship in its halls especially to the Goddess of Mercy. Behind the temple lies the other side of the mountain and the several sacred caves that exist there, including Extreme Happiness Cave, Dragon-Spring Hole, Qian Lou Hole, Lu Zu Hole... all the holes have their own story and history. A most amazing feature of the Thousand Buddha Mountain is the Lishan Courtyard where Buddhism, Buddhist Confucianism and Daoism are able to unite and harmonize. The eastern foothills of the mountains also contain the grave-site of the martyrs of the 1911 Revolution; there is also a memorial to the great Chinese poet Li He, who penned many of his most acclaimed work around this mountain.

In recent years Thousand Buddha Mountain has enjoyed rapid development supported by the Jinan municipal government, including a large peach orchard, a 'rope-way' tour through the caves of the Thousand Buddha Mountain, golf-course and massive golden statues of Buddhas. The development of this scenic area has not only added to the rich history of this mountain but has also made this an attractive tourist destination for visitors to Jinan.