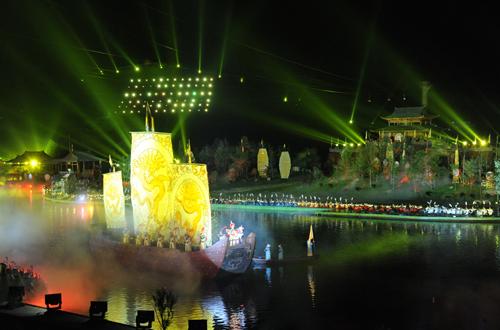 The Changchun-Jilin expressway runs through Jilin City. It takes only one and half an hours to drive from Jilin City to Changchun City. Besides, roads directing to Harbin, Shenyang, Yanbian and Changbai Mountain Scenic Area make it easy to get to its neighboring cities.

Jilin City has no airport. The Longji International Airport in Changchun is about 62 kilometers from Jilin City.

Jilin City is a major rail hub with high-speed rail connections joining itself to all other major centers in north China such as Changchun, Shenyang, Harbin as well as Beijing; trains depart frequently, connections to long-distance routes must be made in Changchun or Shenyang. In tourist peak season, extra tourist trains to Changbai Mountain Scenic Area, Zhangjiajie, Guangzhou, Shenzhen, Hong Kong, Kunming and some other cities are added. Besides, Jilin City also has two international railway stations to Russia and North Korea respectively.

Boat travel is not a practical means of travel but is a great way to enjoy the scenery around Jilin City as well as connecting Jilin City to surrounding scenic spots and satellite cities.