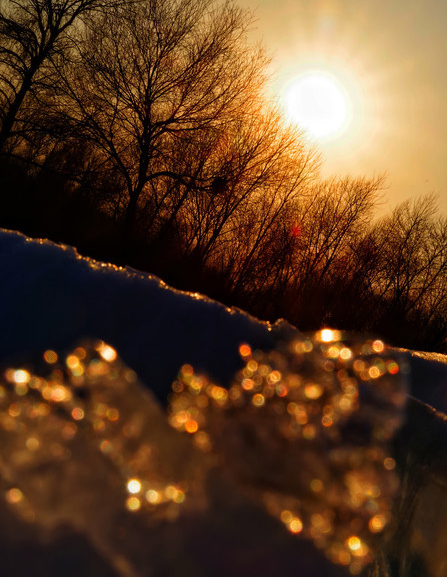 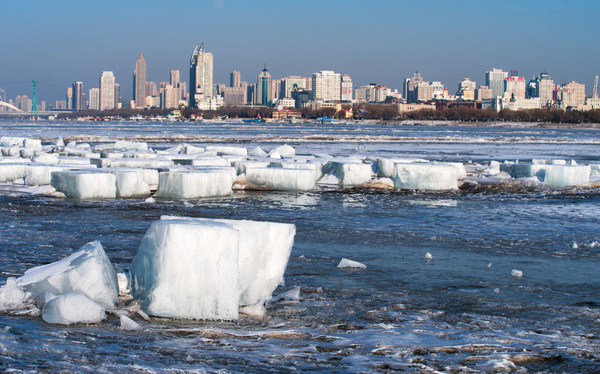 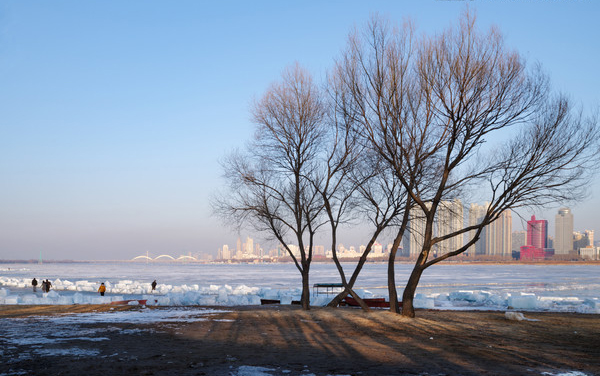 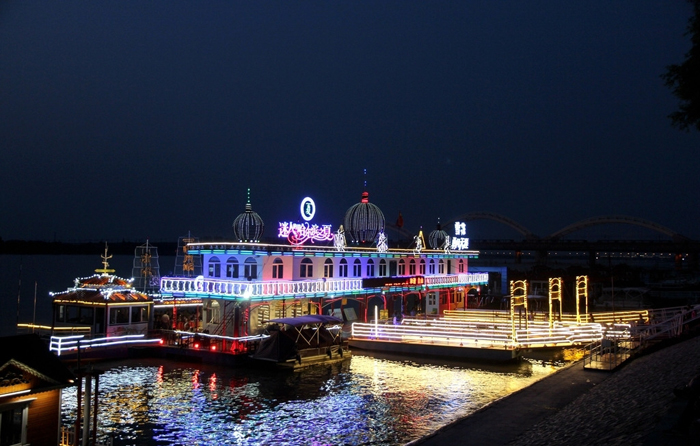 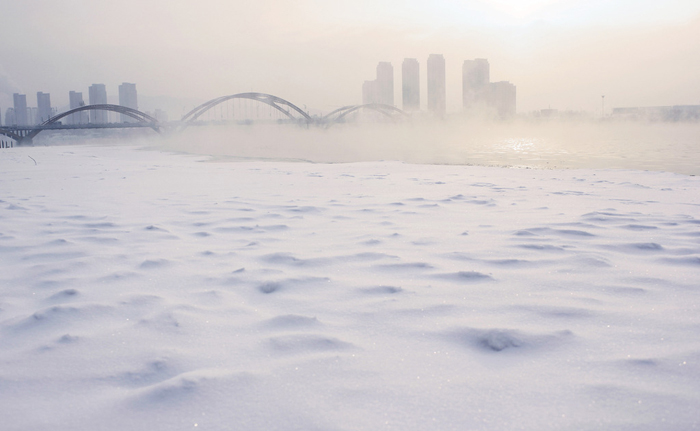 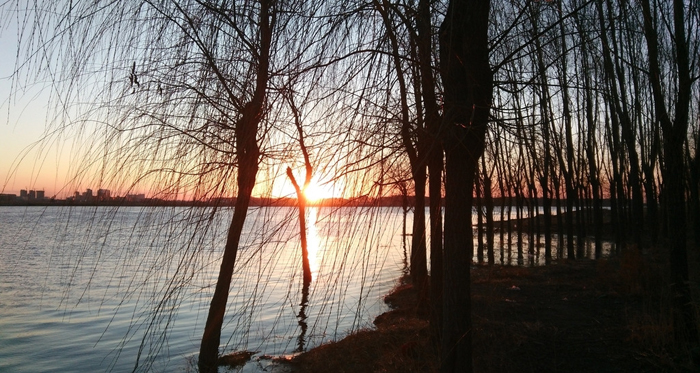 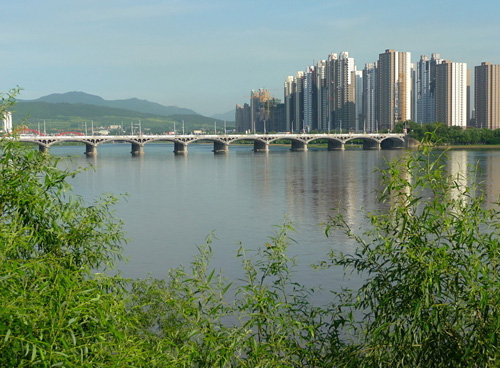 The temperature along the Songhua River drops significantly in the winter months, often reaching 30 degrees Celsius below zero, and the river freezes in many sections for up to 5 months of the year. However, the section of the river that is dammed to provide hydroelectric power never freezes, thus providing the people of Heilongjiang Province a constant source of electricity. Steams rise from the surface of the river and freeze on the willow branches and pine leaves, forming strings of ice flowers; this is the famous rime wonder which usually stretches for ten miles. 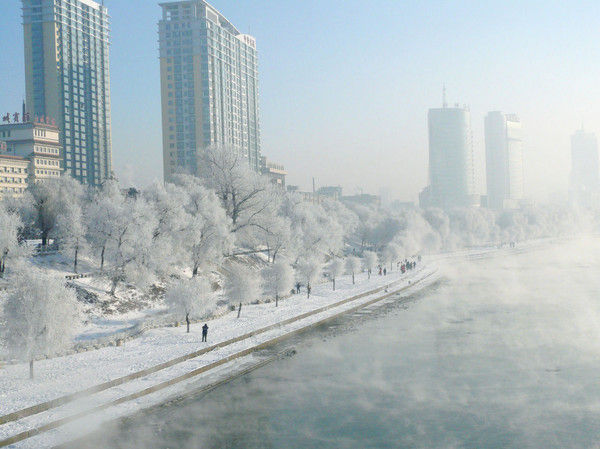 The Songhua River is surrounded by mountains which are covered in thousands of acres of lush virgin forest, these mountains include the Xing'an Range and Changbai Mountain, the mountain ranges around the river constitute China's largest area of unbroken forest. This area is also rich in minerals which gold, coal, iron, copper and nickel or present in large amounts. The area around the river delta is extremely fertile and is a region rich in agriculture producing: apple, sugarbeet, soy, corn, sorghum, fiberflax and cotton, apples are also produced in the region. The region also provides over 40,000,000 kilograms in fish every year making it one of the most important agricultural and mineral extraction regions in China.