Hong Kong, along with the famous city of Macao (Macau), is one of the Special Administrative Regions (SAR) of China, enclosed in the Pearl River Delta and the South China Sea. The city is a leading financial, economic and trade city in Asia and in the world often compared with Shanghai, New York and London. Being British’s concession from 1842 to 1997, Hong Kong, literally meaning the “Harbor of Perfumes” in Chinese (Xianggang) for its past as a major trading seaport, has a history and culture mixing of past Chinese and British influences. The city comprises more than 260 outlying islands including Hong Kong Island, Kowloon, Lantau and the New Territories. Ranked as an economic, political, entertainment and shopping hub, the Special Administrative Region of Hong Kong is ruled since 1997 by what is called the “one country, two systems” principle. The actual currency, the Hong Kong Dollars is one of the most traded currency in the world. As a highly developed city in terms of transportation, tourism and business, Hong Kong is getting more and more famous in the international community. With a population mainly originating from the neighboring Guangdong Province, Hong Kong flourishes with so many different cultural influences that travelers may feel like in Europe. Using Cantonese, English or Mandarin Chinese, most of the people living in Hong Kong are bilingual and trilingual. Let yourself be impressed by the amazing modern architecture, skyscrapers and harbor of Hong Kong for a visit that will never let you down! 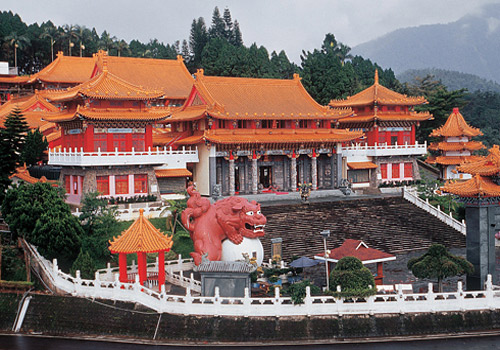 In History, Hong Kong was known as a far-flung outpost of the Chinese Empire until the importation of opium by some European traders in the 1800s. During the 19th century, British vessels started to represent a great part of China’s transactions with foreign countries but this is started in 1841 that things turned completely for the little island of Hong Kong. Hoisting the British Union flag on the island and signing then the Treaty of Nanking in 1842 ended the First Opium War, Hong Kong was ceded to the British Crown. This was the starting point of Hong Kong being known as a British colony. The Second Opium War enlarged the territory of the British who took finally possession of the area known today as Kowloon in 1860, for the New Territories then in 1898. At this date, a 99-year lease was granted to the New Territories area, a mark of Hong Kong’s limited status in time. During the 20th century, Hong Kong experienced a rapid growth even though it had been occupied for a time by the Japanese during the Pacific War. But the limited lease of Hong Kong under the British Crown started to be the center of all politics in the 1984, the city is supposed to be given back to China in 1997. As History showed it, Hong Kong was given back to China on the 1st July 1997 and took the special status of a SAR that is to say with a free market economy as well as personal social and legal systems for 50 years. The British era ended, the 5 centuries of Chinese cultural influences intertwine with a 150 year Sino-British history that create Hong Kong’s unique outlook and character. With an economy speeded up and the arrival of mass-tourism from mainland China despite the restriction concerning visas for mainland Chinese nationals, Hong Kong’ influence is increasing more and more at an international path. This booming history of Hong Kong is something that just can’t be denied while we enter this other China, the place being so much alike Britain and even central London! 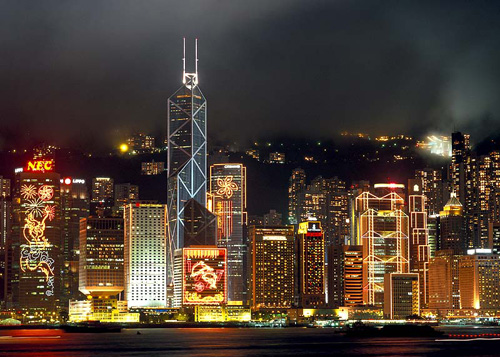 Today, Hong Kong is one of the most important cities in the world. In close relationship with the Mainland despite the “one country, two systems” policy implemented until 2047, Hong Kong is a marvel to explore. Being a real dream for people who love to do shopping, Hong Kong flourishes with every kind of goods that can be seen in Europe or America. Pure mix of Sino-Western world, the city is a blend of Chinese traditions and exotic western influence. The many skyscrapers and high buildings depicting in front of the harbor give a worldly famous panorama of the city. Financial city after all, Hong Kong has also become a main tourist destination where anyone can handle a visit easily, as it is so small and conveniently served by transportations (subway, tramway, bus…). While visiting Hong Kong, almost all nationalities are allowed to stay without any visa from 30 to 90 days. For more security before leaving the mainland, check the customs according to your mother country anyways. Seeing Hong Kong’s romantic vistas across Victoria harbor, the beautiful Repulse Bay, experiencing the huge diversity of cuisines, shopping malls, meeting people from all over the world and tasting the great British influence of the population and the city’s architecture…A time in Hong Kong is never long enough to discover the richness of this Sino-British city! Home to a Disneyland Resort and of many luxury brands seen in all the biggest cities in the world, Hong Kong will undoubtedly offers you an amazing Hong Kong tour!