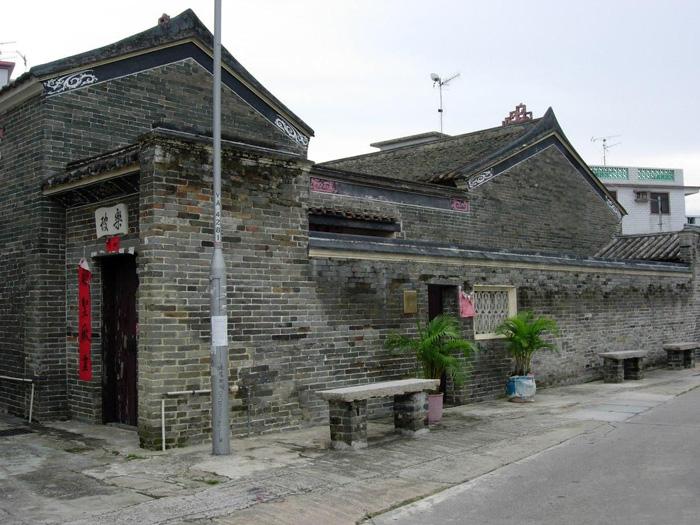 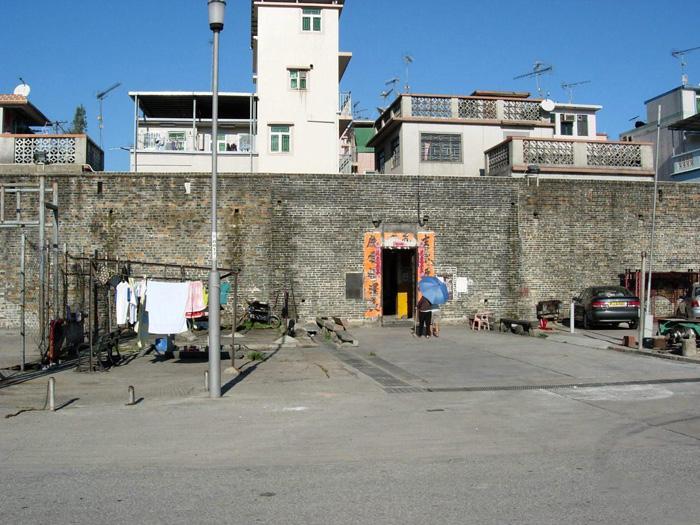 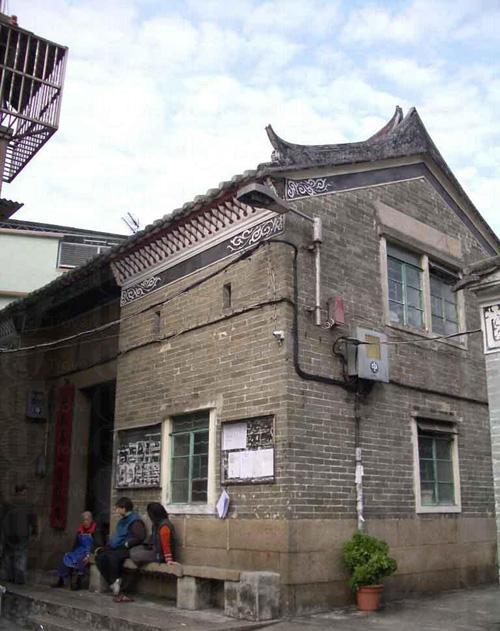 
Chinese name: 吉慶圍
Location: Kam Tin, Yuen Long District, New Territories, Hong Kong.
Opening time: all day long.
Entrance fee: free. A donation is expected.
How to get there:
-Take the bus No.51 to Kam Tin at the Tsuen Wan Station Exit D or the Tsuen Wan Wharf and then go straight for 5 minutes.
-Take the bus No.64 at the Tai Po Market Station of Kowloon-Canton Railway and debus at the Kam Tin Road.
-Take the bus No.251M at the MTR Tsing Yi Station Exit A1 and debus at Kim Tin Walled Village.
Travel tips: It’s better to visit the Iron Gate at first and then have a look at the tablet to learn the history of locals defending the British Army. After entering the village, you can ramble over the main street and then wander on other narrow lanes. Do not forget to visit the defensive wall, blockhouses and the remains of the moat. 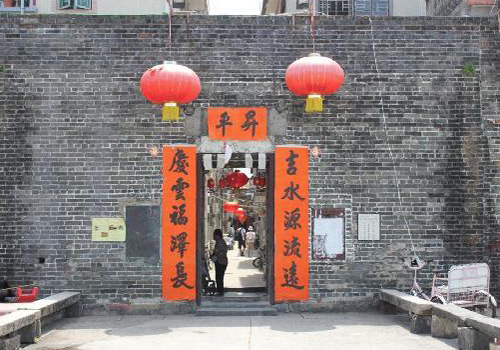 Walled villages can be largely found in New Territories and mostly in Yuen Long District. These walled villages witnessed the past of Hong Kong. Kim Tin Walled Village is the best preserved one in Hong Kong with a history of 500 years. Just as its name implies, the Kim Tin Walled Village is characterized by its defensive walls. Though most of the dwelling houses are rebuilt, the wall and the blockhouses are well preserved in Kim Tin Walled Village; hence the original appearance is maintained. The village is inhabited by the descendants of the Tang (Deng) Clan, who was one of New Territories’s ''Five Great Clans''. The other clans are Hau (Hou), Pang (Peng) and Liu (Liao) and Man (Wen). In Ming Dynasty (1368-1644), the Deng Clan constructed bounding walls, a moat outside the walls and blockhouses at four corners. The Hakka still follow the tradition of wearing wide-brimmed hats. Women can be seen dressed in their black costumes and posing for photos with visitors.

Back to Song Dynasty (960-1279), the ancestors of Kim Tin Walled Village, the Deng family, moved to Kam Tin from the remote areas of North China. The village was built in Ming Dynasty (1368-1644) by Deng Bojing. In early Qing Dynasty (1644-1911) , the Deng Family built the brick wall, the blockhouses and moat in order to resist bandits and wild tigers.

In 1898, when the New Territories was leased to British, the British Army met the indomitable resist from local people and had a bloody war. At last, the British army attacked the village with cannon and the Iron Gate was carried to Scotland.

In 1924, the decedents of Tang Clan strongly demanded the returning of Iron Gate. The next year, the Iron Gate was eventually sent backed to Tim Kin Walled Village. 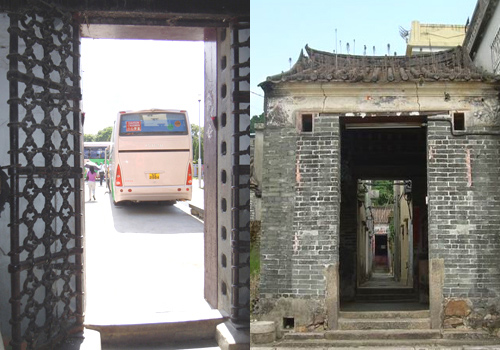 The whole village is of a rectangle shape with a length of 100 meters and a width of 90 meters. Looking from outside, the village looks just like a fortified jail. The wall is six-meter-tall and 18-inch-thick. There are blockhouses at four corners of the wall, each with muzzles. There is a moat outside the defensive wall, most of which has been filled up. Kim Tin Walled Village has only one entrance to the east of the enclosure.

The Iron Gate looks unusual and interesting, casted in the style of interlocks with holes.

Tablet beside the Iron Gate 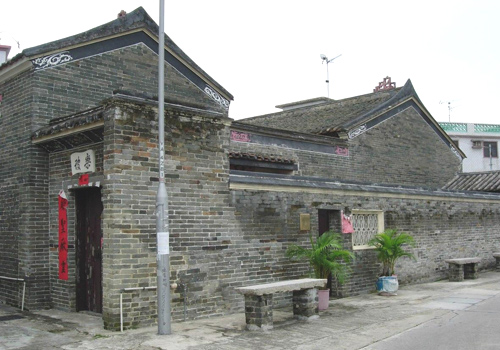 The dwelling houses are neatly arranged in symmetry on both sides of the north-south main street, which divides the village into two parts. The original residences were built with China fir as purlin and tiled roof. Unfortunately, few of them have been replaced by  villa-style buildings.

At the end of the village, there is a temple in which 15 images of different gods are enshrined.