Harbin is the capital city of the Heilongjiang Province, the northernmost province of China. Also called "Ha Er Bin" in Mandarin Chinese the city is famous for its important and special relationship with the nearby country of Russia. Known as the "Chinese Russia" in the whole country due to its highly Russian inspired architecture, Harbin mingles also many Buddhist Temples and gems of Chinese culture everywhere for the pleasure of travelers adventuring themselves to this far Northern part of China. Part of the ancient Manchuria region, Harbin has kept its position as a pivotal hub between Russia and China thanks to the Trans-Siberian Railway which is still bringing many travelers from and to the country. Geographically speaking, the city is also famous for its dry and bitter cold weather giving it the nickname of "Ice City" where annual winter exhibitions of ice sculptures are held such as the Harbin Ice Festival, ski practice and historical visits are made possible. Indeed, on top of its Russian-like architecture and influence, Harbin also enjoys an important fame for its festivities and ancient history linked to the neighboring country. Based on a mix of Han, Manchu and Russian cultures, the food and customs are also very different from other parts of China. Visiting this literally "place for drying fishing nets" is a journey to another surprising side of China and a marvel to travelers looking for some China's special tours!

History of Harbin – A Russian architectural style of wonder 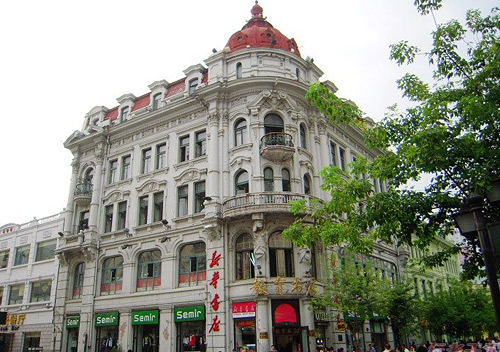 Concerning the history of this "Ice City" originally called "Pokai", hints of human occupations have been found dating from the Stone Age (around 2200 BC). The city was the original birthplace of the Jin (1115 AD - 1234 AD) and Qing (1644 AD - 1911 AD) dynasties that had a pivotal influence on the Chinese History. Modern Harbin started with the construction of the Chinese Eastern Railway in 1898. The city was chosen by neighboring Russia as the terminus station for their Middle East Railway, an extension of the Trans-Siberian Railway making closer the distance with Vladivostok stuck in the Far East part of Russia, just at a few kilometers away from the Chinese northern frontier. Starting from that time, relations between Russia and China increased with the arrival of numerous Russian workers to the region. Dalian and Russian Vladivostok now just at a few hours away from Harbin, the economy and culture of the region developed a lot around the Sino-Russian relationship. In the early 1900s, the events occurring in the region let the history of Harbin change. The Japanese controlled the railway following the Russo-Japanese War (1904 - 1905) had an impact on the city's foreign people distribution. Indeed, many foreign countries set their own consulate in the city (USA, Germany, France... ) and developed industrial, commercial and banking business. The 1917 Russian Revolution let also see the arrival of large numbers of Russian refugees of Jewish faith fleeing their mother country. Being a place of a huge ethnic breakdown including Russians, Chinese, Jews, Poles, Japanese, Germans, Tatars, Latvians, Georgians, Estonians, Lithuanians, etc... Harbin was an international metropolis of great influence in Northern China. Occupied again by Japanese during the Second World War, the city of Harbin was finally free from any foreign occupation including the Russian one after the Kuomintang troops of Chiang Kai Shek and Stalin installation. This rich ancient past and history make the city of Harbin now flourish with such a typical architecture, culture, tradition and food attracting numbers of tourists. Enjoying beautiful natural sceneries also, Harbin boasts a unique ice and snow culture waiting to be discovered. 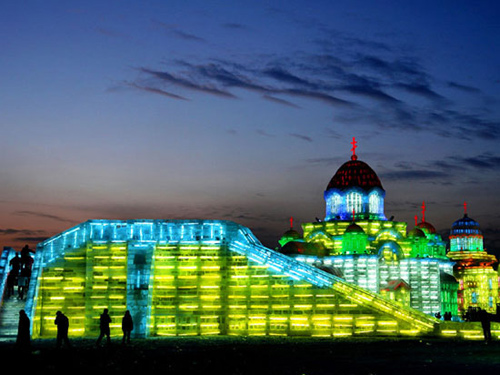 Harbin is today a sprawling industrial city mingling Russian, Chinese and other foreign gems' architectural styles. Enjoying a good and comfortable prosperity the city is now the place where enjoying snow and ice sightseeing. Indeed, recognized for its dry and bitter cold whether, the city of Harbin attracts many travelers coming for the Harbin International Ice and Snow Sculpture Festival, the nearby Yabuli Ski Resort and other snowy attractions. This exotic cityscape of far North China is appreciated for its scenic spots such as the marvelous St. Sofia Orthodox Church and the Zhongyang great avenue built in a European style. Having the opportunity to visit Harbin is a chance to visit a Chinese Moscow at the same time but also to discover the Dragon Tower or the Siberian Tiger Park. Enjoying well developed transportation facilities, Harbin may be also your starting point to an amazing Trans-Siberian trip. Harbin is just another China picturesque tourist city making every traveler realize the rich enjoyment of China in term of scenic spots diversities. Harbin and its colorful Russian, ice and snow skyline wait for your coming.