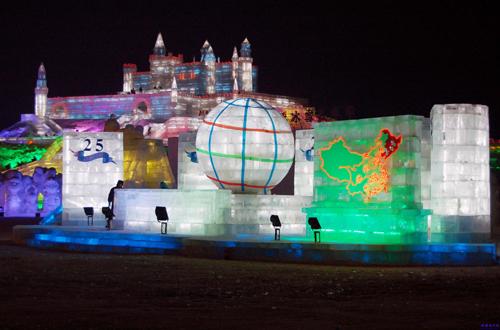 Thanks to the preferable geographic location, transportation is quite convenient in , a city in the interior of the Asia-Pacific economic development zone. It is a transportation hub of Northeast Asia, and the Pacific area.

Located some 33 kilometers northwest of downtown, is the second largest international air harbor in the northeast area of . It has daily flights to 47 tourist cities of like , , , , , , , , Shenzhen, , , , Hong Kong, etc. and scheduled flights to some cities of American, , , , , , etc.

- From the airport to downtown city, there are buses run every 30 minutes; it will take 40 to 60 minutes and the price is 20 yuan.

- Taxi is also available between airport and downtown , and the cost is about 130 yuan.

is in the middle reaches of , and enjoys favorable water transportation route along the and . Today, has mutual routes with some domestic ports as well as ports of , , , and some countries. And the transportation has also expanded from inland river routes to the ocean routes. In addition, there are some tourist ships from to ; while influenced by weather, the navigable period for passenger transport is only from the middle of April to the first ten days of November.

Daily train lines in run to most cities in , the northeast areas and eastern cities of . Lines also leave for tourist cities of other parts in the country, like , , , , Hankou, , , Yantai, Dezhou, , etc. Besides, there are bullet high-speed trains run between and four cities in the province, Tsitsihar, , Suihua and .

There are many bus stations in , and the most used for tourists is Nangang Station and Jiaohua Station which are both in large scale and near the Train Station. Daily coaches run to cities, counties and towns in the province as well as to over 20 cities in the country, such as , , , and the cities in , , , and . As the weather is rather cold in winter, it is suggested to take trains instead of coach to distant cities.

Buses- the public transportation is quite convenient in with over 100 running lines, including bus lines, trolley lines and multimodal transports. For the convenience of citizens and tourists, sightseeing minibuses also run to the main attractions in the city.

Taxis- pricing starts at 9 yuan (including ), and 3 kilometers after the additional 1.9 yuan per kilometer.

Ships- there are 3 ships connect the city to the , which cost 20 yuan and a travel period of half an hour.