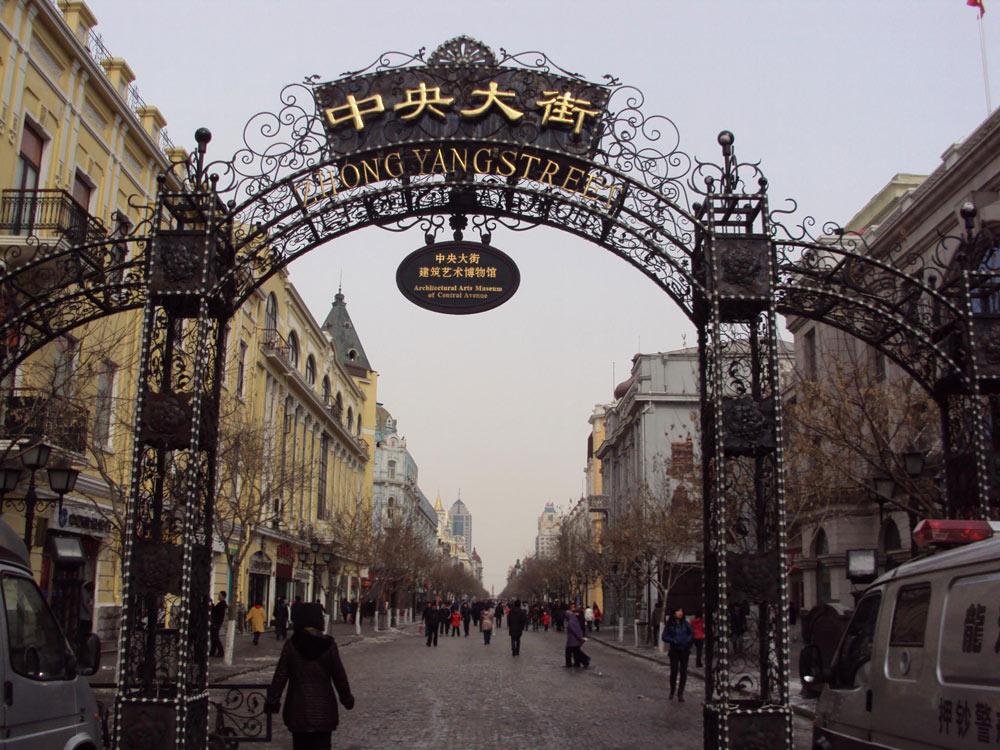 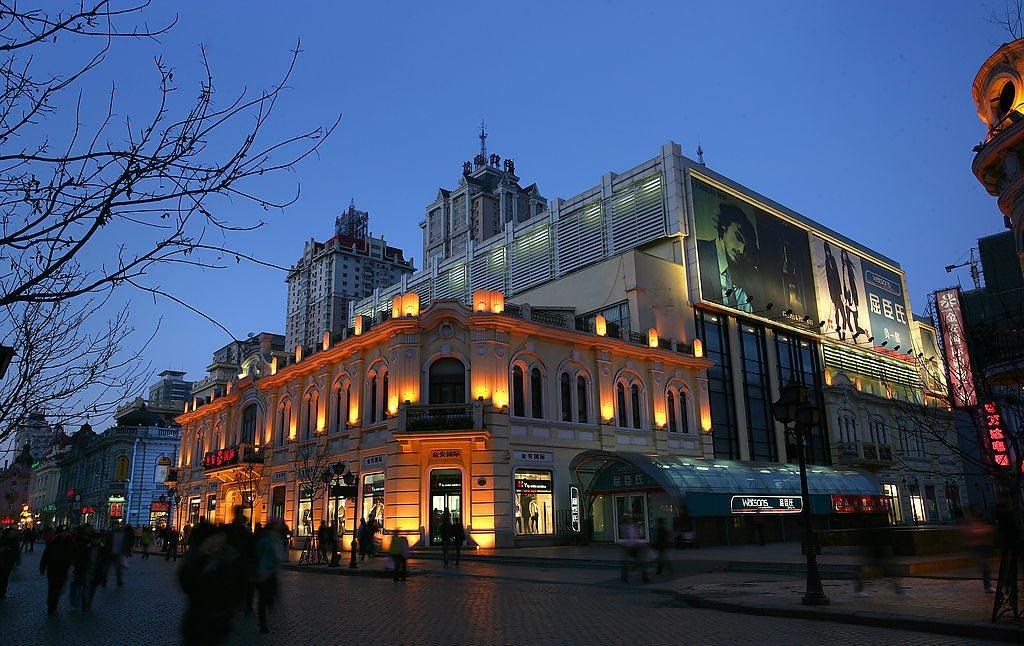 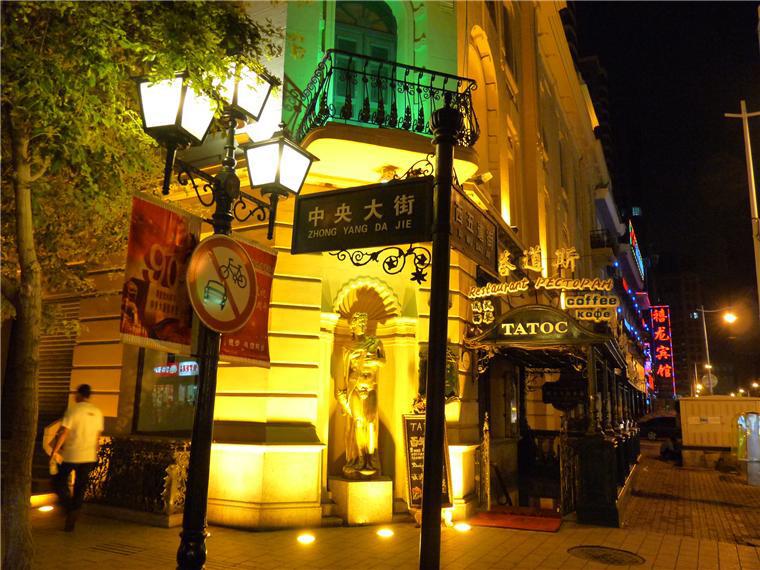 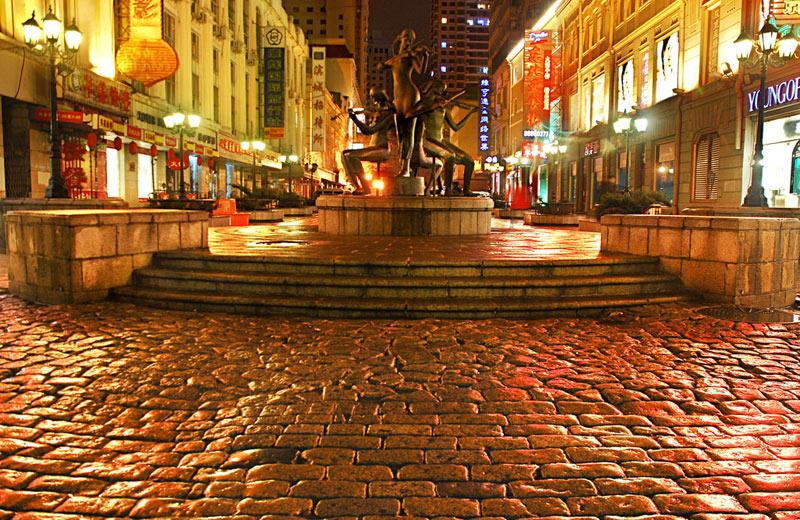 Harbin is a city deeply influenced by European culture and often crowned as "Eastern Moscow" or "Small Oriental Paris". Then, it is the Central Street the best miniature of the city features with different styles of European architectures and cultural integration. The street itself also enjoys the national title as "the highest award as a living environment example". 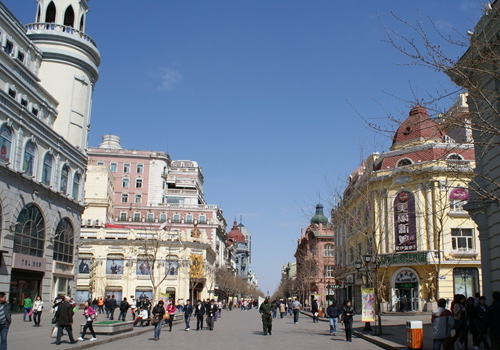 Regarded as the First Street in Harbin and built in 1898, Central Street got its present name in 1928. The street now is the most prosperous business street as well as a famous pedestrian street in the city centers for sightseeing, shopping, entertainment, catering and leisure that contains the most famed delicacies and specialties of the city. Main shops include Qiulin Company, Harbin No.1 department store, Harbin Commercial Building, Songlei Building, Golden Sun Qualified Goods Center, Zhongyi Merchandise, etc.

At first, the street was opened up as an access road for transporting railway supplies from the Far East. Later, houses were built on the two sides by the local inhabitants and laborers and so the street begun to take shape and called as Chinese Street where the Chinese lived. Since 1902, the lands of the street were sold or rent to colonists that the street was rapidly prosperous with foreigners and their new buildings, shops, goods and restaurants. And in 1924, the street was covered by a Russia engineer with bread-sized square granites which were very expensive at that time as the cost of only one stone was equal to that of the food in an ordinary family for a month. In 1928, the street was officially renamed to cater for public opinion as Central Street which was already the most fashionable one in the city with strong exotic atmosphere. It is in 1997 that the street was appointed as a pedestrian street, which added more charm to the enchanting location. 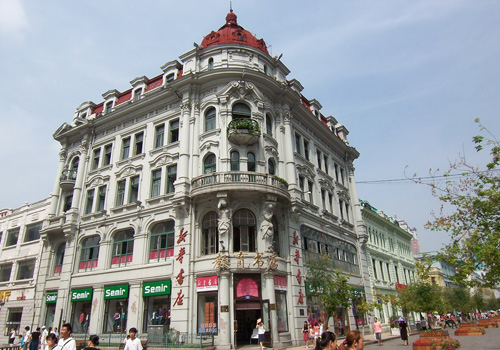 Although Central Street is not the longest street in Harbin, it is definitely the most important and rare one regarded as a architecture gallery containing the four most influencing style of western architecture, the Renaissance style derives from the 15th century, the baroque and eclecticism of 17th century and the style of new art movement of architecture in the late 19th century and the beginning of 20th century. In the 75 European buildings or replicas, there are 36 under the state protection. The architecture styles formed by centuries in the western history are just erecting in the street exhibiting the broad and profound culture of European buildings.

All of the exotic and appealing constructions in the street are well preserved and continuously play an important part in people's life. And the representative architectures include the Education Bookstore (the biggest of Baroque as well as the mark of the Central Street), the Mod-Er Hotel (formerly the Modern Hotel built in 1906) and the Daoli Qiulin Shop (built in 1919)-they are both fine examples of Art Nouveau, and the Fuer Shop (Women and Children's Shop built in 1917, formerly the Xiehe Bank, was the classic Renaissance).