Guilin, famous all over the world for its landscapes "the best under heaven", is a beautiful scenic city lying in Northeast Guangxi Zhuang Autonomous Region, South China. Situated on the west bank of the Li River (Li Jiang), Guilin, literally meaning "forest of osmanthus" in Chinese, took its name from the large number of osmanthus trees spreading out everywhere in the city. Administering 17 county-level divisions, this major top 10 tourist destination in China is known for its stunning karst topography typical of this southern part of the country. As a city celebrated for generations by poets and painters, Guilin is the place where time goes smoothly. Enjoying a monsoon humid subtropical climate, Guilin flourishes with many types of fauna and flora. Located in the Guangxi Province where is home to a large number of ethnic minorities, the city and its surroundings is the place live Zhuang, Yao, Hui, Miao, Han and Dong people. Travelers looking for a relaxing time near beautiful sightseeing will be astonished by the sight of these peaks lying on the shinning Li River at sunset. "While the river seems to be a green silk ribbon, hills here are just like jasper hairpins", Guilin is such a jewel of China that generations of poets and painters celebrated it for centuries. Definitely ranking as the Province's most breathtaking scenery along with Yangshuo and the Longji Rice Terraces in Longsheng, Guilin will make you live a dreamlike tour. Taking on board for a Li River cruise, walking in the city's many parks and tasting the spicy rice noodles, Guilin will charm you in every ways. 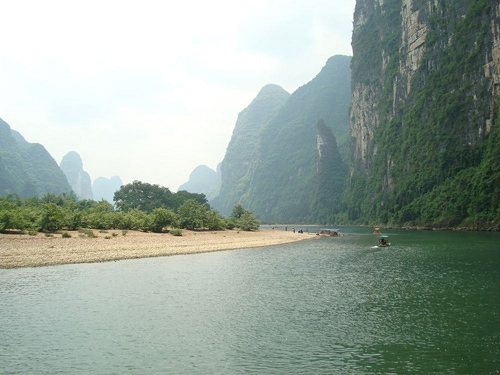 The charming city of Guilin has always been the center of rich history and culture. With records tracing back to over 2000 years ago, the city was already home in early 314 BC to a small settlement of people along the banks of the Li River. This started from the Han Dynasty that the first parts of the city were established: in 111 BC, Shian county erased, the beginning of a long development near to the Li River. Called "Guizhou" in 507, Guilin got quite prosperous during the Tang (618 - 907) and Song (960 - 1279) dynasties. During the 20th century, Guilin got more and more famous due to its development along with the Chinese Tourism. Being the headquarter of Dr. Sun Yat-sen's Northern Expedition Army in 1921, the city acquired its present name of Guilin only in 1940. Chosen as one of the first tourist destinations in China in the 1980s, Guilin started to be ranked as a major historical and cultural heritage city that has to be preserved. 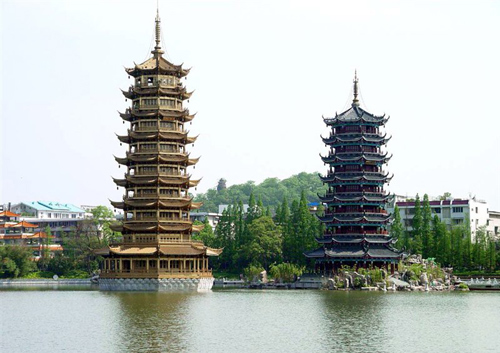 Today, Guilin is a top tourist city ranked as one of the most visited in China like Beijing, Xi'an, and Shanghai. The city enjoys such a huge number of scenic spots that it is hard not to enjoy your time in it. Diecai Hill (叠彩山), Elephant Trunk Hill (象鼻山), Wave-Subduing Hill (伏波山), Mao'er Mountain (Cat Mountain 猫儿山) and Yao Mountains (尧山) as well as the Reed Flute Cave (芦笛岩), Seven Star Cave (七星岩), etc…Guilin is a unique tourist city that travelers have to see at least once in their lives. The cool atmosphere of Guilin melting with the developing city center is an occasion to take a bike for visiting the city, as all the major tourist sites in Guilin can easily be reached by this way. But what makes the fame of Guilin at an international level is the Guilin-Yangshuo Li River cruise, an experience unlike anything else in the world. Standing on the boat, enjoying the mountains, Li River and the small villages surrounding are just a must on your travel to the city. Enjoying the food specialties of rice noodles, water chestnuts, pickled tofu and hot pepper is a must-doing experience. Conveniently served by the Liangjiang International Airport going a large extent of China destinations but also some destinations overseas, Guilin will meet your needs of a refreshing journey to "a land second to none under heaven"!