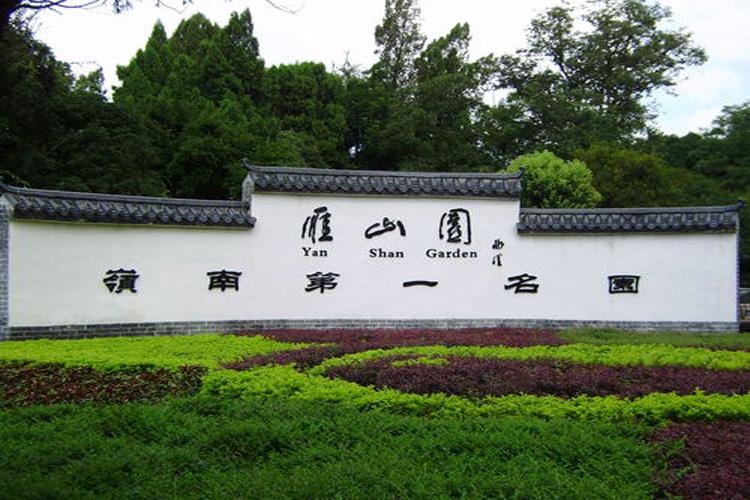 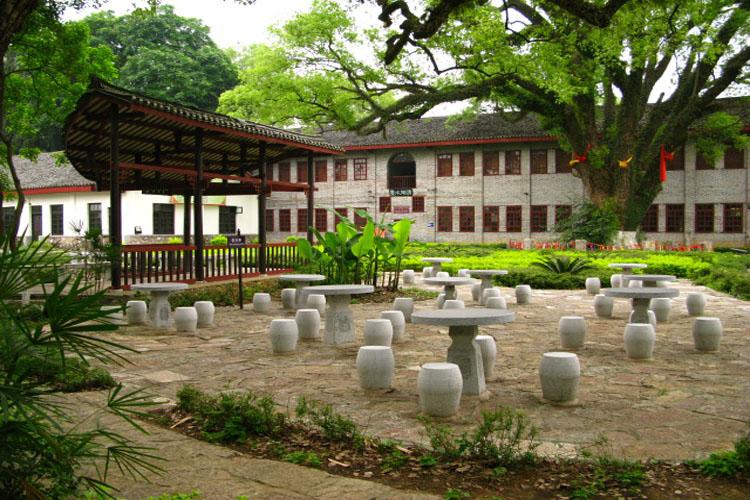 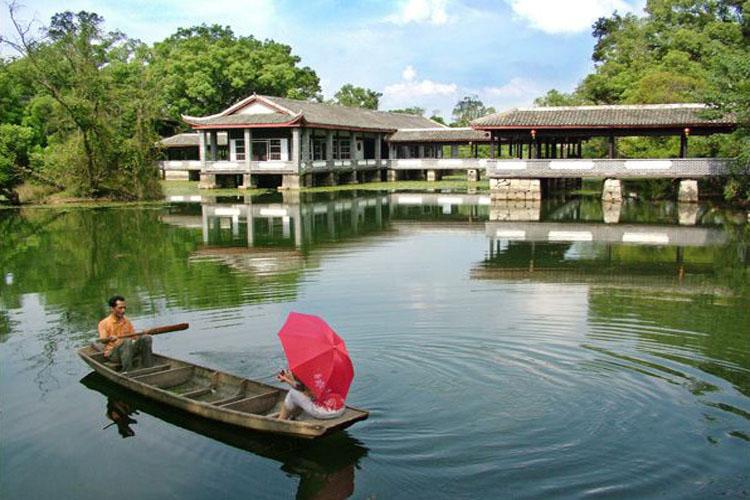 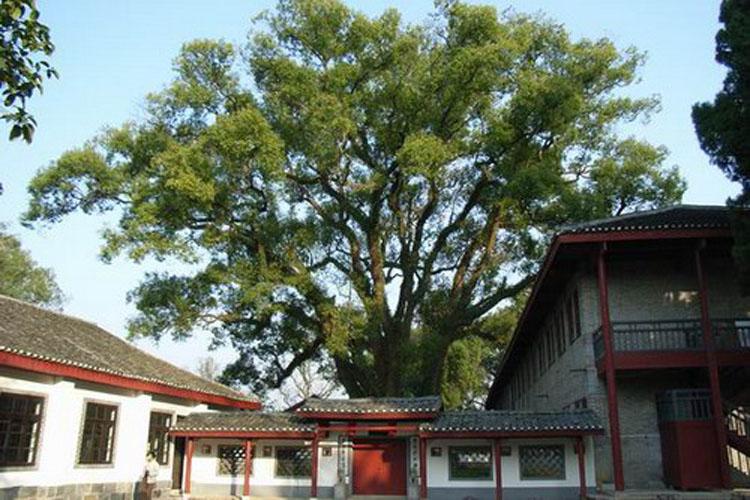 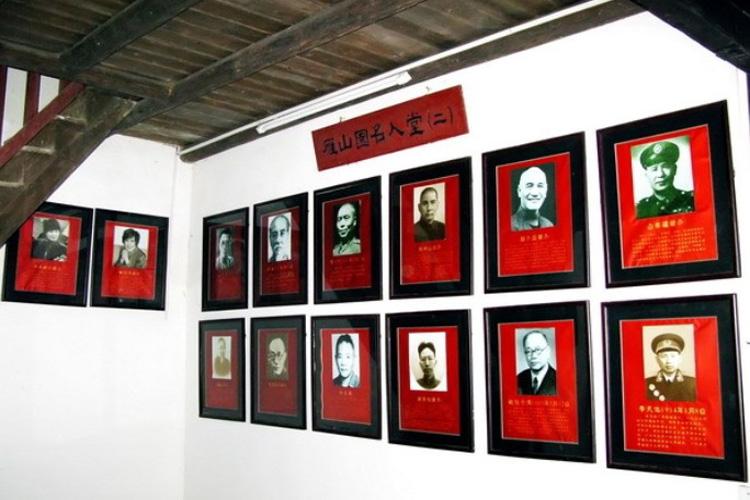 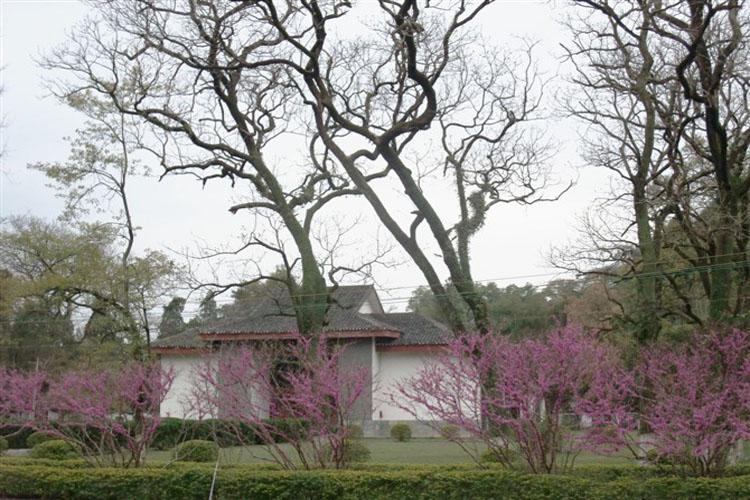 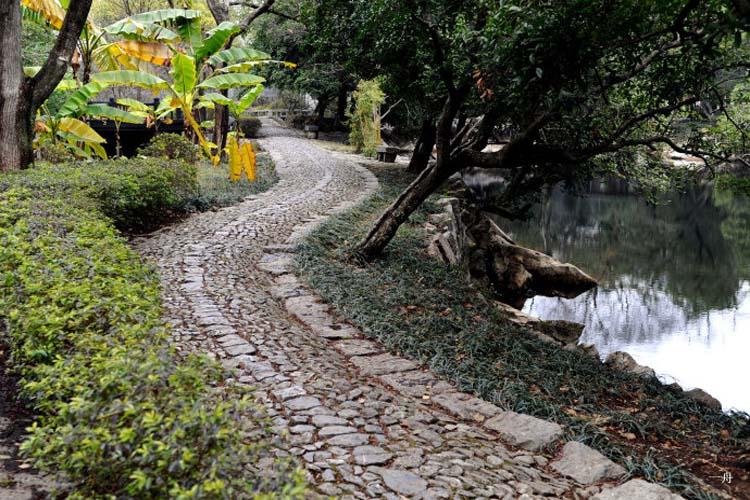 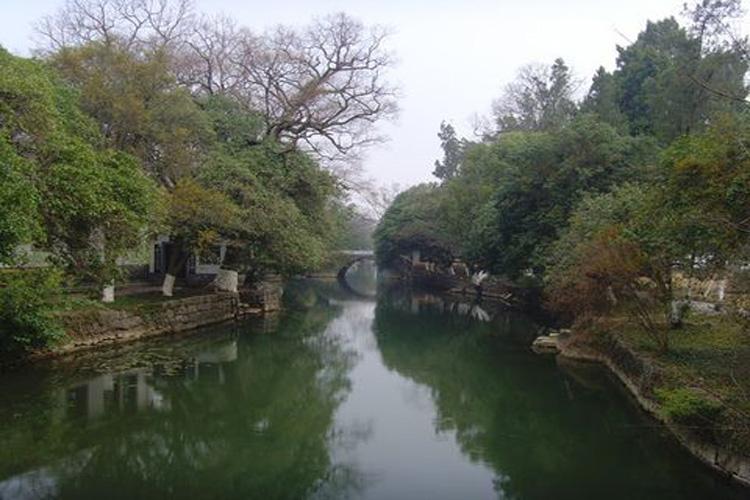 
Yanshan Garden is one of the most famous gardens in South China and it used to be the private garden of the governor of Guangxi and Guangdong provinces. 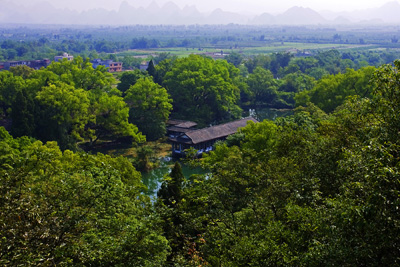 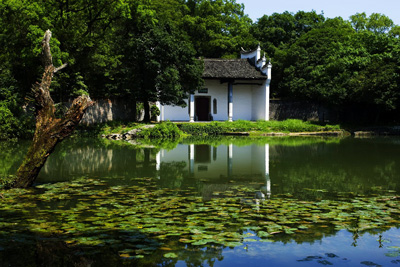 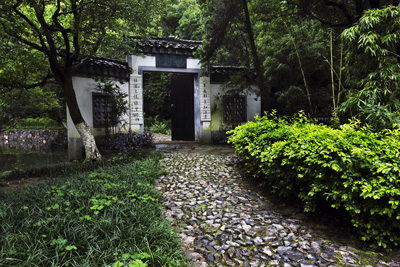 "You can enjoy the most beautiful scenery of Guilin within this garden!" In the garden with an area of about 50 acres, there are green hills, clear waters, unique caves and fantastic trees, which is called the miniature of the most beautiful scenery in Guilin. It was known as the top garden in South China right after it was built, and it is called the combination of "Fengshui Baodi" (it refers to the place with good geomantic potency), fantastic scenery and the elegant residence of nobles. It is said that Yanshan Garden has a perfect geomancy in accordance with its Chinese geomantic theory. When you enter the garden, you'll see a stalactite hill right in front of you. In the mysterious caves of the hill, many bats are hiding there, which indicates luck. So it is called the only place of "hiding luck in the green hill" in South China. The mysterious Lovesickness River flows from the south to the north quietly, there are also thousands of ancient trees with various shapes growing along the river. Various kings of unique flowers and trees are flourishing on the stalactite hill and the square bamboo hill, which makes it a natural arboretum with rocky geographic features. The square bamboo, green plum, rosary pea and red sweet-scented osmanthus are the famous four treasures of Yanshan. All these mentioned above make the garden a favorite place for those famous people to get together, such as Sun Zhongshan, Jiang Jieshi, Lin Sen, Hu Shi, Li Siguang, Ma Junwu, Yang Dongchun, Chen Yinke, Zhu De, Zhou Enlai, Zan Yuxi, etc. They had ever either visited or lived here. Last but not least, the Yanshan Garden is also the original place for some colleges and universities, such as Guangxi University, Guangxi Normal University, Guangxi Agriculture College. Now, it is the inspiring base for Li Jiang Fine Art Association, as well as the campus of Dujiang International Culture College of Guangxi Art College and its attached middle school. 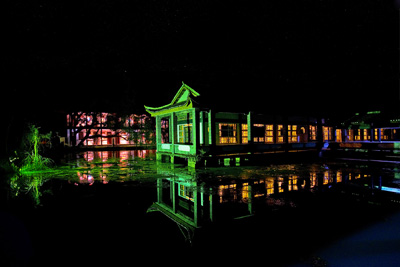 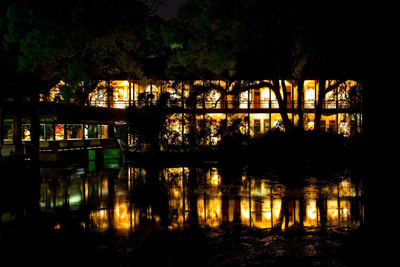 The main scenic spots in the garden are as follows: the Lovesickness River, the Flower Spirit Temple, the Magic Camphor Tree, and the Ginkgo Tree, the Dragon Path, the Flying Dragon River, Chen Yu Pool, the Garcons' Building, the Ladies' Building, the Pavilion, And the four treasure plants, the exhibition of "Pictures Along Li Jiang River" by the famous artist Huang Gesheng, the exhibition of the instruments for the "Seven String Folk Songs" by the national musician Zhou Zejiang, and Twelve Flower Temple.