The Mausoleums of Jing Jiang, Guilin 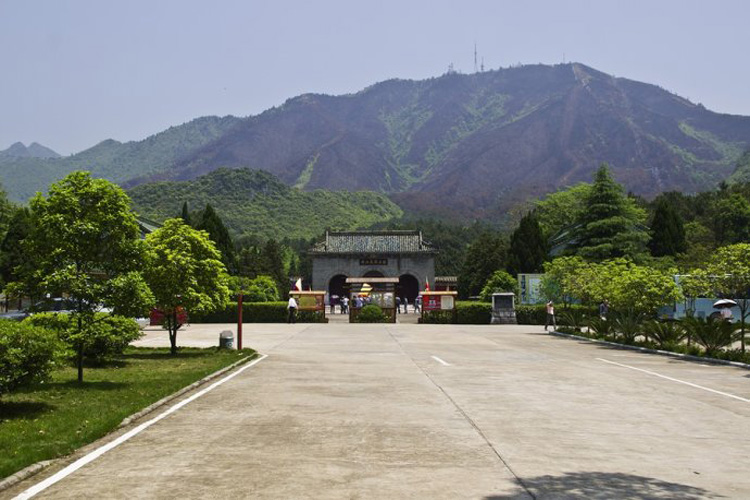 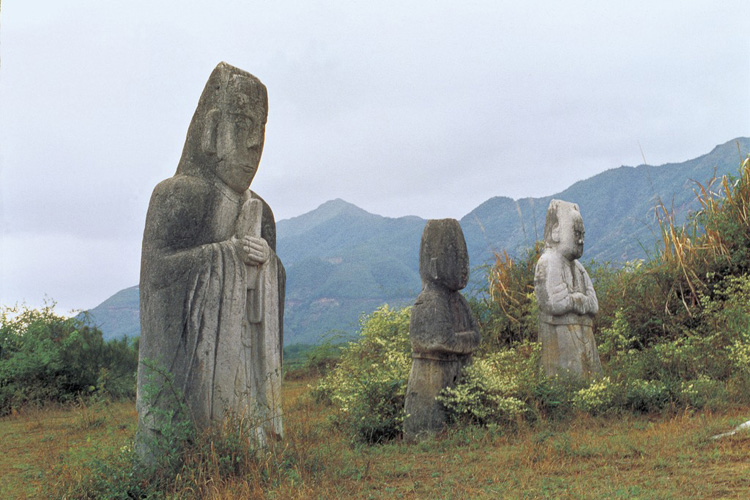 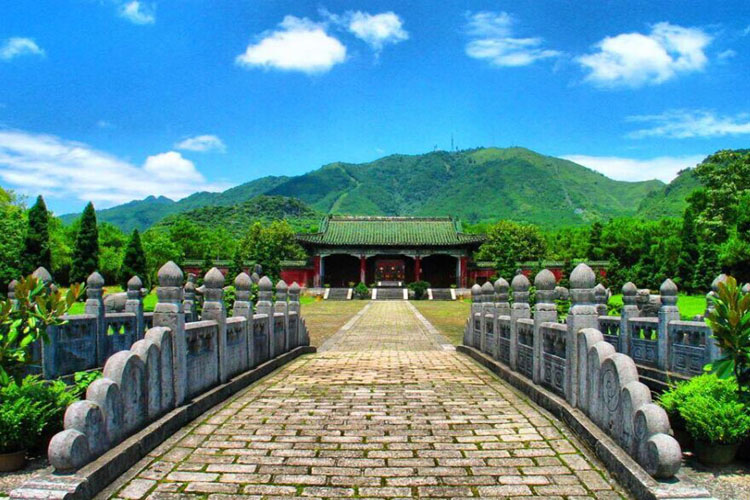 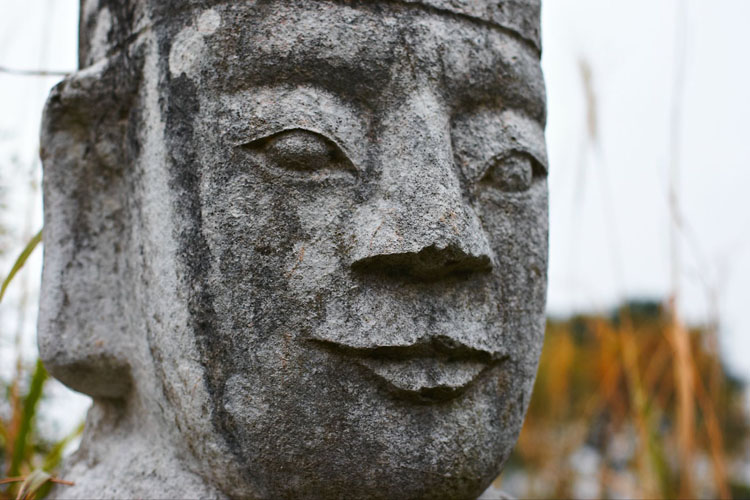 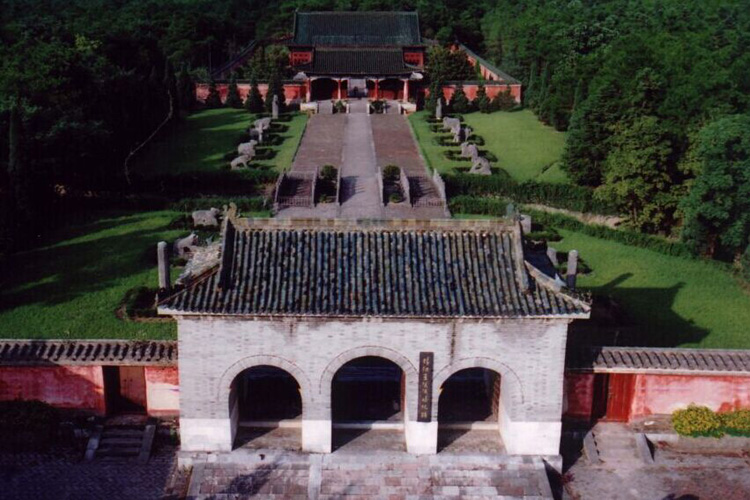 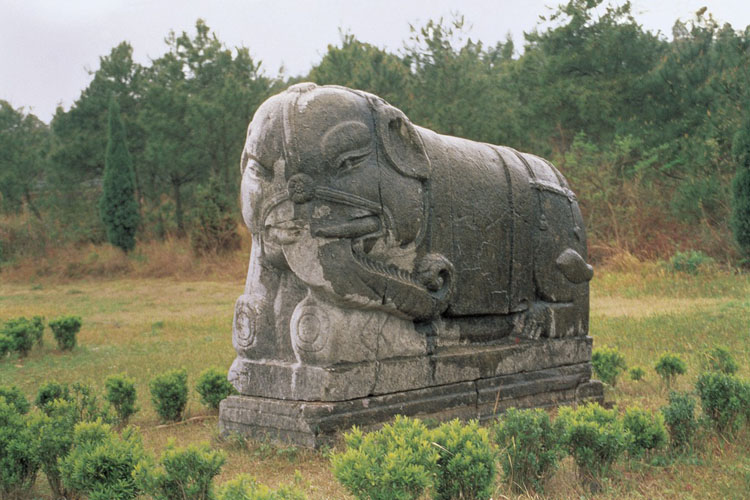 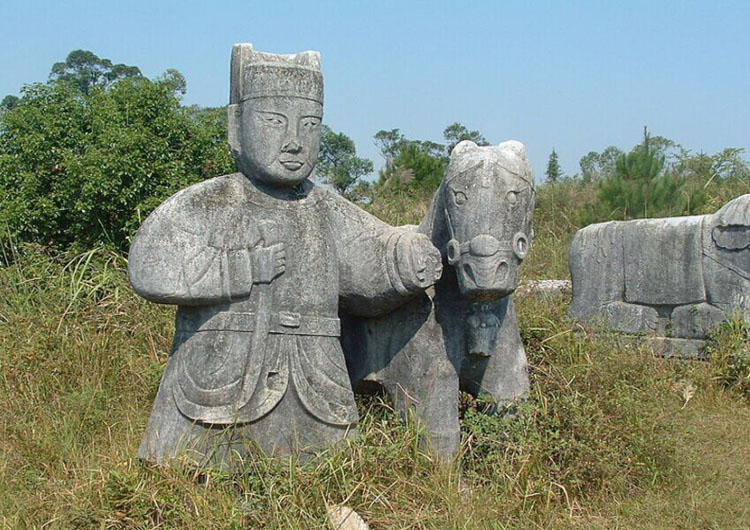 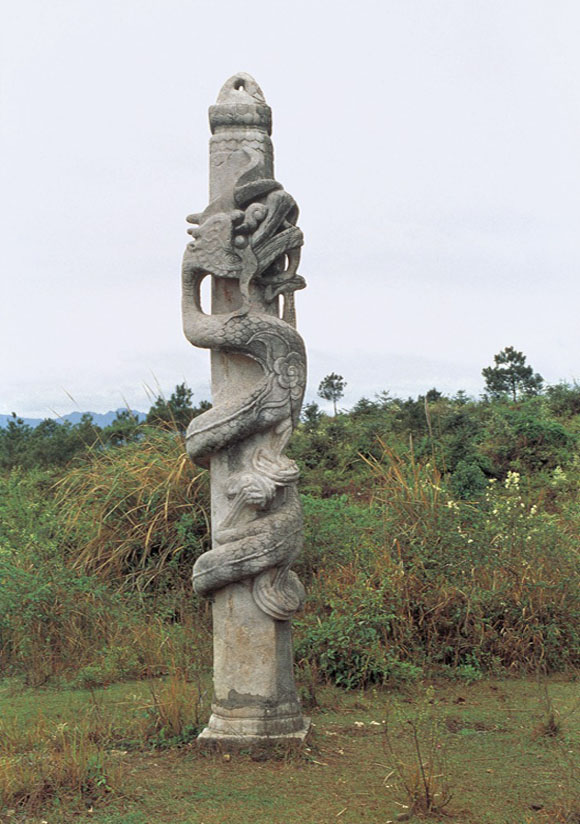 
Location: At the foot of the Yao Mountain and Solitary Beauty peak, eastern suburb of Guilin, at around 7 kilometers away from the city center of Guilin, Guangxi Zhuang Autonomous Region (aka Guangxi Province).
Opening time: 08:30 - 17:00 (Apr. to Nov.), 08:30 - 16:30 (Dec. to Mar.)
How to get there: by private coach or take bus No. 24, stop at station of “Tomb of Prince Jing Jiang (靖江王陵Jing Jiang Wang Ling)”
Best time to visit: all year long

At the foot of amazing Solitary Beauty Peak of Guilin

The Mausoleums of Jing Jiang are tombs of the royal family of Ming Dynasty (1368-1644) located near to the city of Guilin. Charged with history, over 300 royal members were buried there some hundred years ago. Located amidst lush vegetation and Guilin karstic hilly mountains, Jing Jiang Mausoleums are a government-protected cultural relic unit also regarded as the best preserved group of tombs of Ming Dynasty.

Everything started in the earlier Ming Dynasty when Zhu Yuanzhang (Emperor Mingtaizu, 1368-1398) decided to strengthen the centralization of the state power, ensure the loyalty of his sons and at the same time avoid plots against himself, by designating his 24 sons as kings and princes of different areas of China. The principalities set up, the different sons, grandsons and great-grandsons would successively rule the areas, a wise way of consolidating the power of the empire. 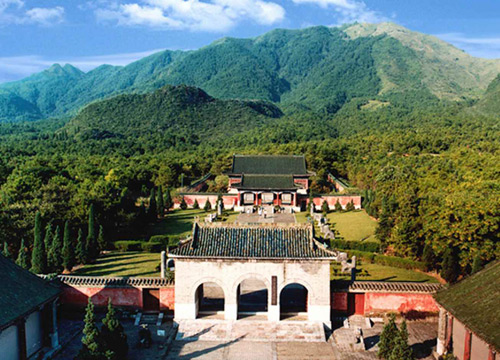 Prince Jing Jiang was designated as the first prince of Guilin area and is until then considered as the founding father of the little Dynasty of Jing Jiang Princes that developed in the area of Guilin. He built his palace at the foot of Yao Mountain, with the Solitary Beauty Peak (Duxiu Peak) towering above it: the exact place where his descents decided to locate their burial place after their death. Since the Ming Dynasty, eleven Princes ruled the area and kept intact the palace built by their ancestor.

This is starting with the Qing Dynasty (1644-1911, ruled by Manchu ethnic group) that the Mausoleums of Prince Jing Jiang were converted into the Guangxi Provincial Examination House, which administered the imperial exams for the region of Guilin.

Then, the burial place was used once by Dr. Sun Yat-sen during the period of the Republic of China (1911-1949) as his regional headquarters during the Northern Expedition, a reason why the all palace complex of Prince Jing Jiang was renamed as “Yat-sen Park” in 1925. Finally, the glorious history of the place was underlined through the recognition of the PRC’s government in 1993, as a national cultural heritage site. Years of wars and non-protection had made bad damages to the original buildings. A general restoration of the palace started at that time.

This is only since 2003 that the Mausoleums of Jing Jiang are opened to the public for only the tomb of Prince Zhuangjian, the third ruler that ruled the Guilin area after Prince Jing Jiang. 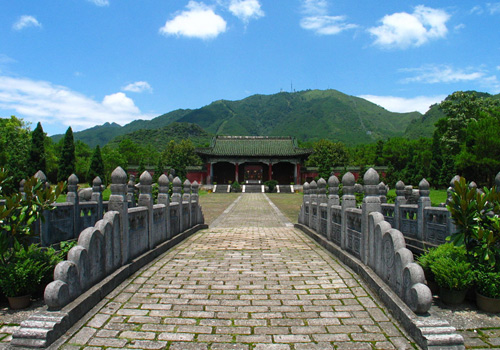 The Mausoleums of Jing Jiang are a jewel of Ancient Chinese architecture. Its entire area covers 105 km2 (40.5 square miles), comprising 300 carved stones and 300 tombs of the overall members of the Jing Jiang family (King, Princes, wives, generals…). The place has been created according to the Ming architecture, enclosed by a rectangular wall, following a north-south axis, anchored by the Solitary Beauty Peak in the north. In itself, the complex is divided into two main parts: the inner palace and the outer garden. There are different gates for entering the mausoleums, a specificity typical of all Chinese mausoleums. Three main routes divide the inner palace: the middle one called “the sacred way” being exclusive for the Prince and leading to the Chengyun Palace, where lie the royal family; and the other two routes on each sides reserved for officials and generals. On the way to the Chengyun Palace, various statues of animals and officials stand for protecting the entrance to the royal tombs. The Prayer Hall (Xian Dian) and Treasure City (Bao Cheng), all located next to the royal palace are still today a place for prayers for the resting of the prince. Over the years, the Mausoleums have undertaken several fires and wars that made big damages to the original edifice. Restored since 1993, the palace is today partly opened to public: the mausoleum of Prince Zhuangjian, it is indeed the only one that can be visited completely, together with other historical relics of great interest.

What to see at the Mausoleums of Prince Jing Jiang today? 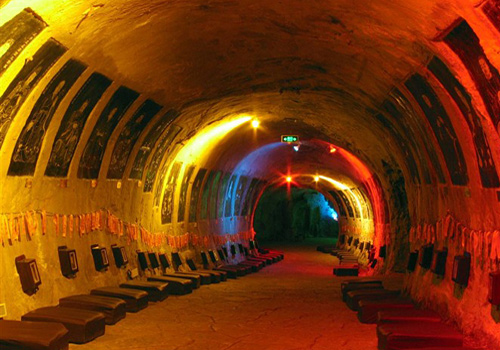 As a burial place, the site of the Mausoleums of Jing Jiang is mainly a place for contemplation and prayers to the princes that ruled Guilin area during the Ming Dynasty. Nevertheless, travelers would be interested by discovering the typical Ancient Chinese architecture of the buildings and the relics lying there. The excavated items that visitors can see in the Alter Palace near to the tomb of Prince Zhuangjian are a curiosity that should attract the attention of the lovers of History: Ming Dynasty porcelain vases, potteries, silver and golden wares and other original royal objects are here to transport you in another time. Famous tourist place near to Guilin City, the Mausoleums of Jing Jiang are much more than a regular historical place. The site is a journey to Ancient Times for understanding the history of Guilin city and general area.