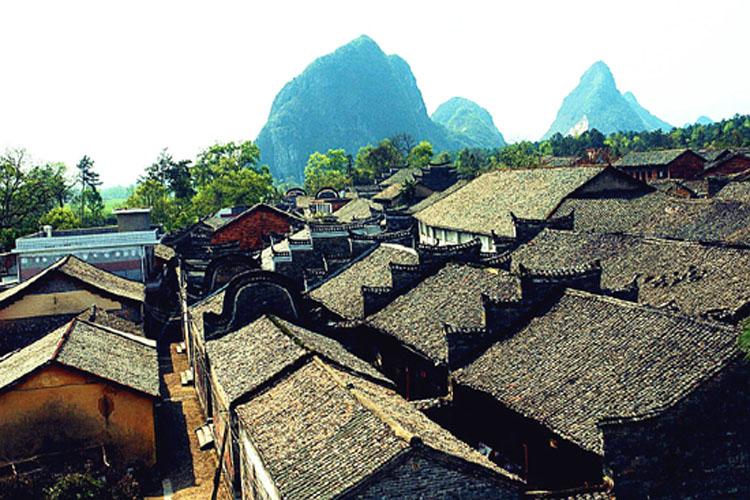 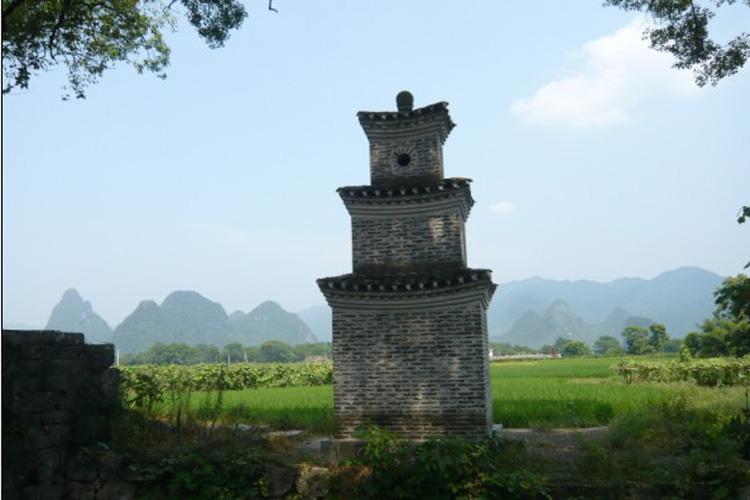 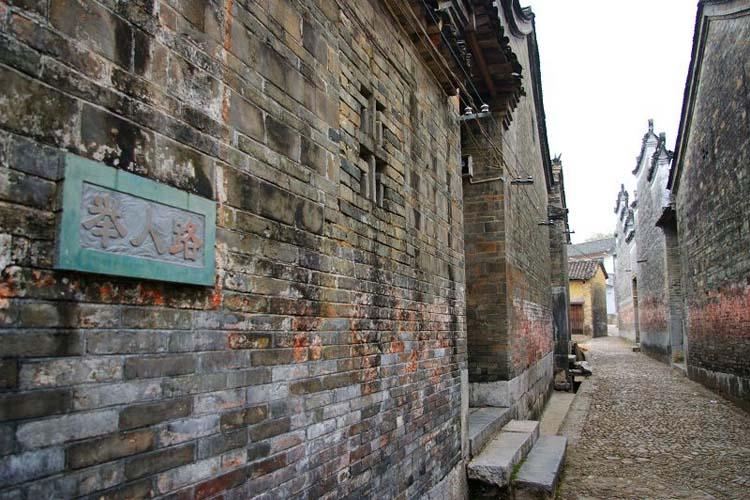 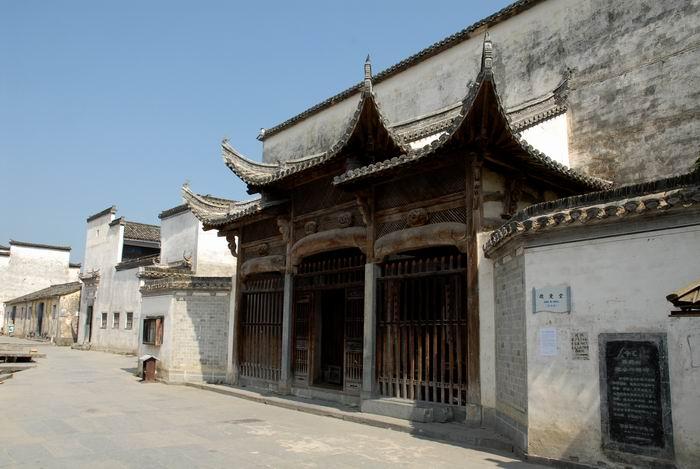 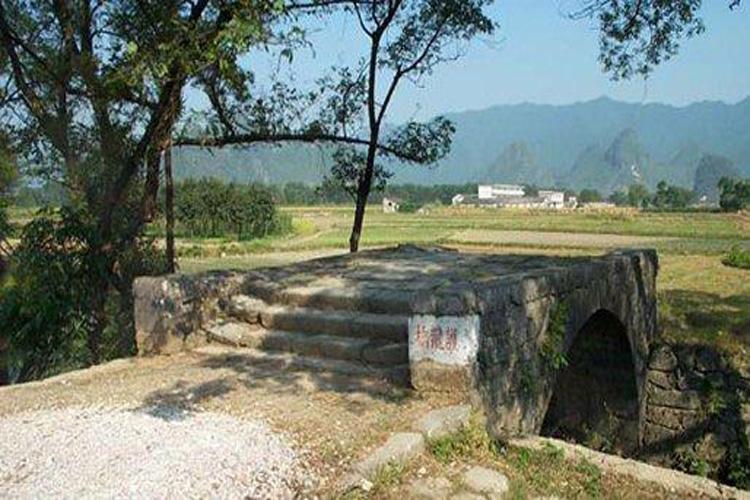 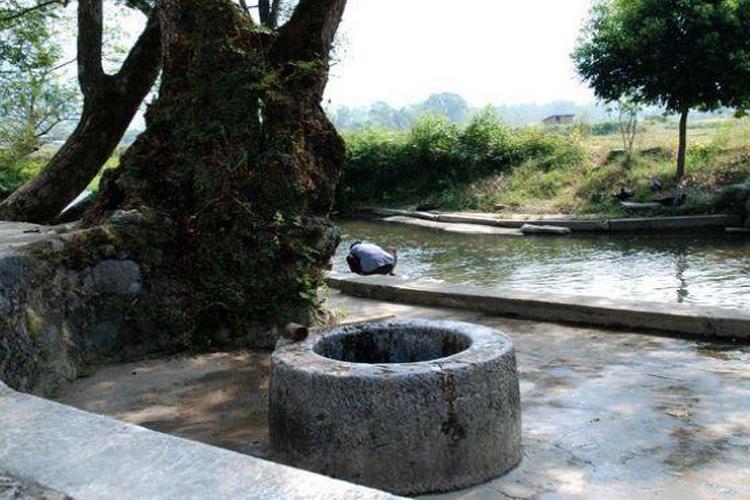 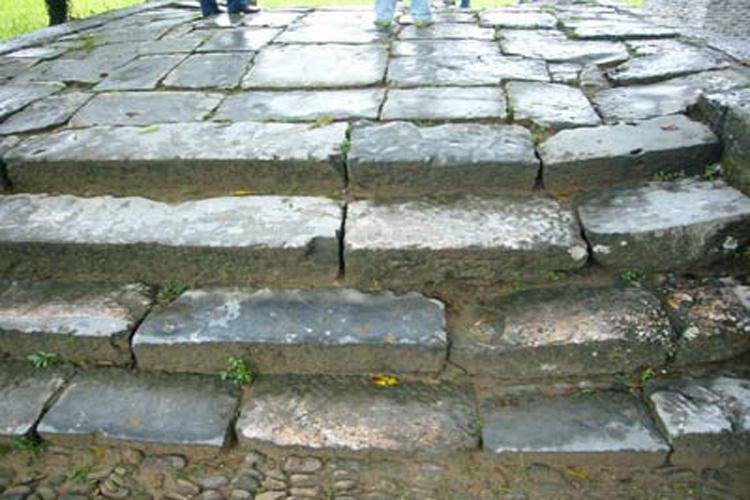 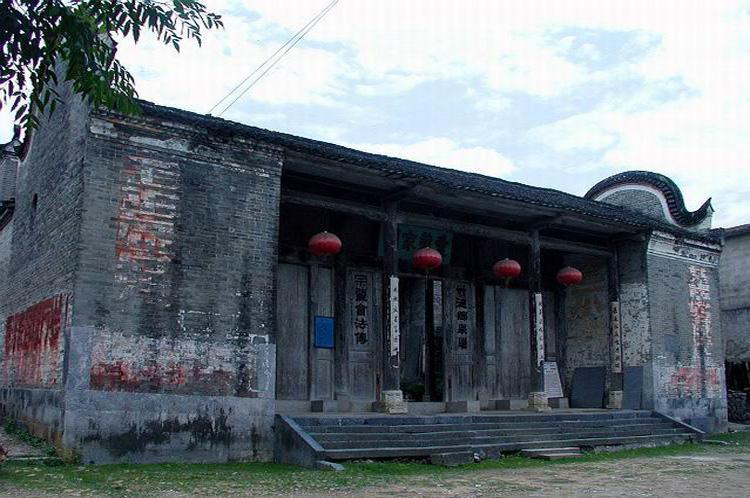 In the north of the Guangxi Zhuang Autonomous Region stands the Jiangtou Village (江头村). This reputed scenic spot is a known China ancient village enjoying a precious and preserved architecture tracing back from the Ming and Qing Dynasties. Mainly recognised for its ancient houses, narrow alleyways and gorgeous natural surroundings, Jiangtou Ancient Village is a relief and a typical Chinese sight during your Guilin tour.

A village on the bank of Li River 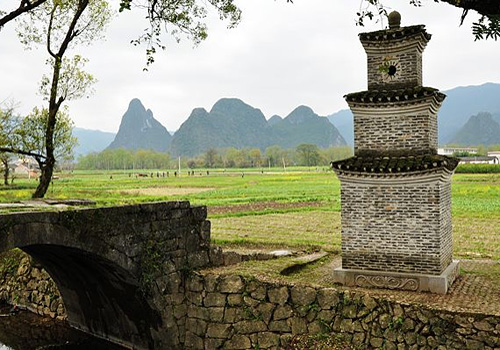 Jiangtou is a village located at the outskirts of the town of Jiuwu, lying in the county of Lingchuan, Guilin City. Situated on the bank of the Li River, the village is at the cross-point of the Huangjiang Po River to the north, Wuzhishan River to the west and Bijia Shan River to the south. Jiangtou Ancient Village enjoys amazing surrounding scenery due to the karstic geology of the region: vast fields, hills and rivers forming all together unique scenery.

Particularities of the Jiangtou Ancient Village 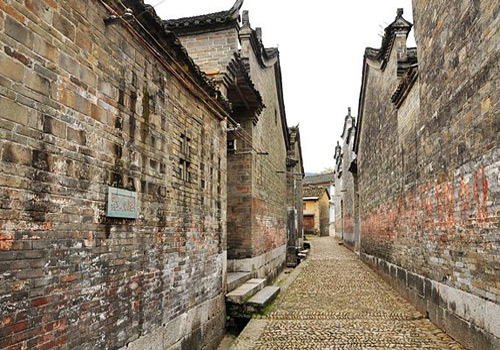 Jiangtou Ancient Village has a gorgeous surrounding underlining even more the ancient cobbled streets and houses of the village. The evergreen mountains, jade-like rivers and collection of ancient buildings give to the place a feeling of quietness and journey back to old China times. Indeed, in terms of China typical ancient villages Jiangtou is renowned as the best preserved collection of ancient buildings in the whole Guangxi Province. Home to a total of 680 people and 158 families, Jiangtou is famous for being the village with the most numerous number of "Zhou" family names, 90% of the population holding it due to the influence of the Zhou family in history. Having been raised in the name of rightneouness and holding today the reputation as an "upright official village", Jiangtou is one of the most interesting place that is given to discover in northern Guangxi. Its colorful cityscape and citizens give a unique cachet adding to the 1800 houses composing the whole village, among which 620 of them are original Ming (1368-1644) and Qing (1644-1911) Dynasty blue painted bricks and pine houses. When visiting the village, visitors can just marvel at the oddly elegant site given by these numerous ancient houses, maze of narrow alleyways and courtyards with large wooden gates full of history. Jiangtou Ancient Village is just a place to visit in the name of cultural and historical Chinese diversity. Offering different impressions according to the weather, the visit of the village constitutes a journey to ancient China times.

A hometown of righteousness as well as Yuan, Ming and Qing Dynasties architectures 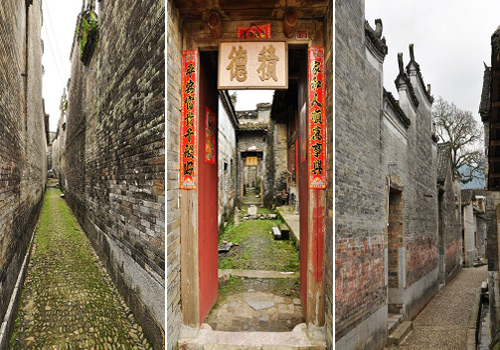 Historically speaking, Jiangtou is an ancient village tracing back to the early Northern Song Dynasty (960-1279) and the arrival of Zhou Dunyi (1017–1073), famous literati, philosopher and scholar of Neo-Confucianism from the Hunan Province. Zhou had an important influence on the whole management of the village that was progressively influenced by the family clan who implemented two important legacies, namely to value the importance of education, and the importance of officialdom. Quite conspicuous pattern, Zhou had a really academic influence over the village that started to be renowned in history as the hometown of many public officials and men of letters that had an important influence in the imperial court. Grateful for this excellence education and devoted to their master, Jiangtou villagers started to hold the family name of Zhou to honor the holly family, for forming today the village where almost every single family is called "Zhou". This curious particularity giving testimony to the unique historical background of the village, home to the author of the "On lotus loving" essay, a classic among any Chinese students, is a proof of Zhou Dunyi’s important influence in the building of the village. But what travelers can marvel at today is more particularly the innumerous sites, relics and the overall architecture of the village mainly tracing back from the Yuan (1271-1368), Ming (1368-1644) and Qing (1644-1911) Dynasties. Everywhere, the blue painted bricks and pine houses intertwine with the splendid cobbled streets, giving a picturesque image of Ancient China. The perfectly preserved architecture of this village is a jewel for any travelers looking for typical Chinese places.

What to see in Jiangtou Ancient Village today? 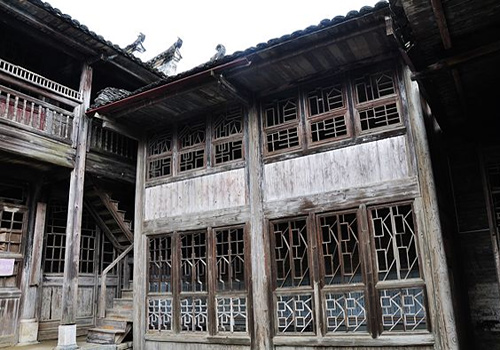 The Guangxi Zhuang Autonomous Region is such a jewel of natural scenery, cultural sites and historical relics that this is impossible not to enjoy your China trip while spending some time in here. Mainly coming from Guilin city after a gorgeous Li River cruise, tourists will appreciate the old fashion feeling spreading everywhere in this ancient Chinese village. Discovering the village’s many ancient bridges, water wells, ancestral temples, alleys, gates, tombs, old stone dwellings, distinctive Yuan, Ming and Qing architectures, cobblestone streets are most of the sights that you will see there, and what a sight! Pictures’ amateurs will be marveling in front of the buildings’ shapes sharply distinguishing with the surrounding lush vegetation. With there unique low-standing structure, bland colors and single narrow doorway, the Yuan architecture building distinguishes itself with the Ming one, more open and colorful houses standing higher off the ground. Jiangtou stands as a popular destination for tourists and scholars looking for some enlightenment from the historical Zhou family. As one of the best cultural village in China, Jiangtou will give you a unique impression of ancient China and villagers’ traditional way of life. The "Taishi Mansion", "Building for unmarried girls", "Scholar Street" and the "Nobleman Lane" are among the village’s numerous highlights. The local country-style food including rice cakes, sour bamboo shoots and steamed meat are some typical things that travelers should have a try when having lunch in the village. Standing as a rich cultural heritage combining with lush natural landscapes, Jiangtou will give to your trip a bit more cachet than it already had!