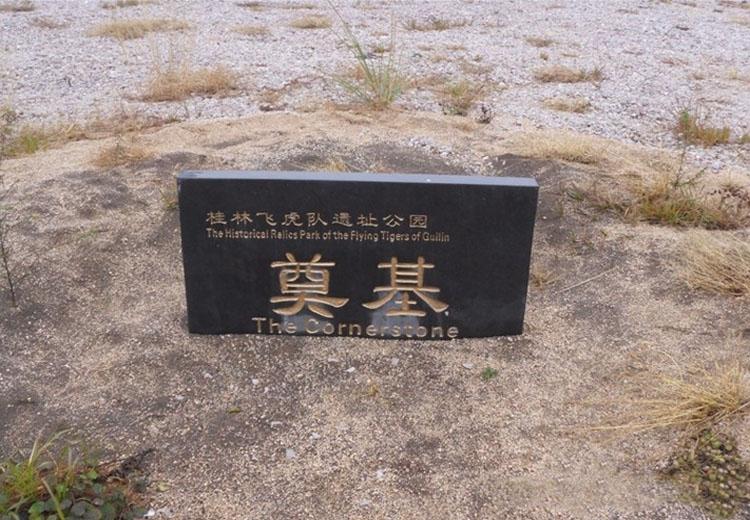 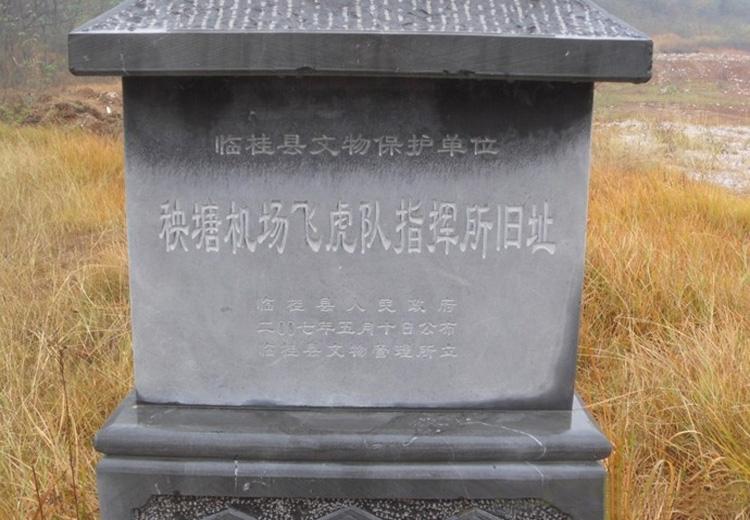 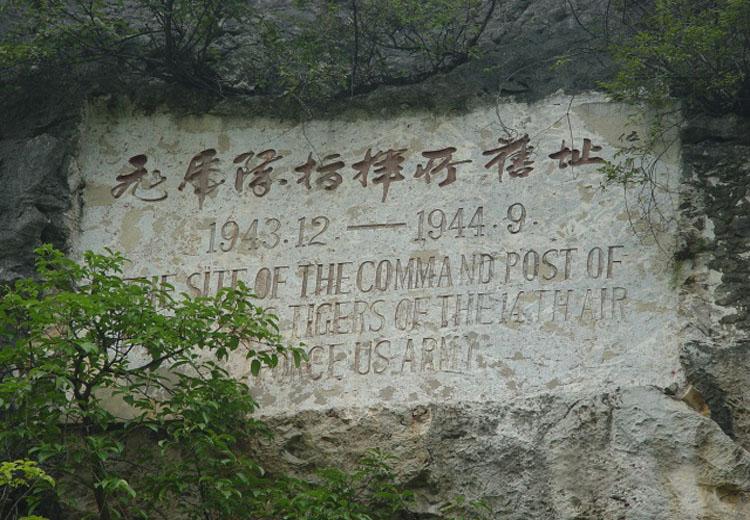 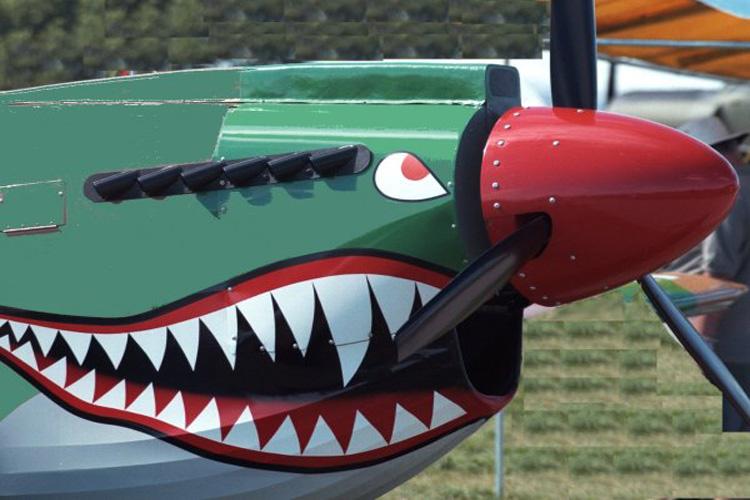 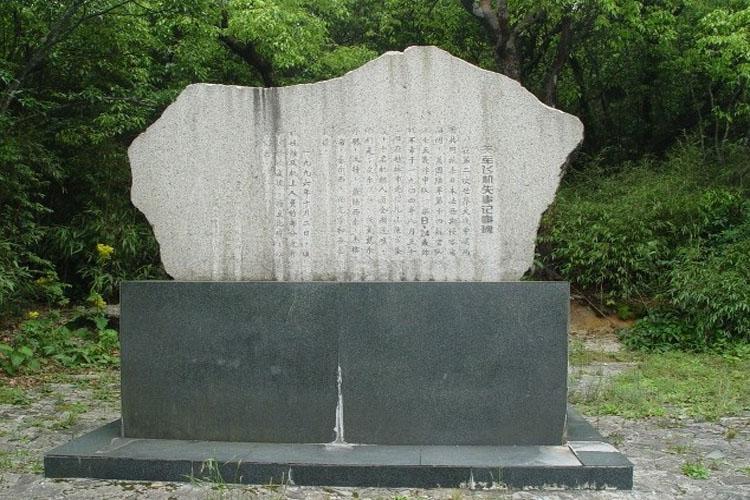 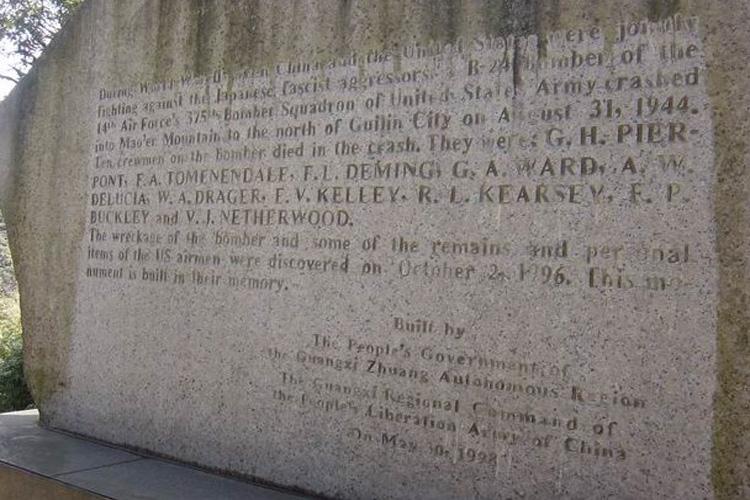 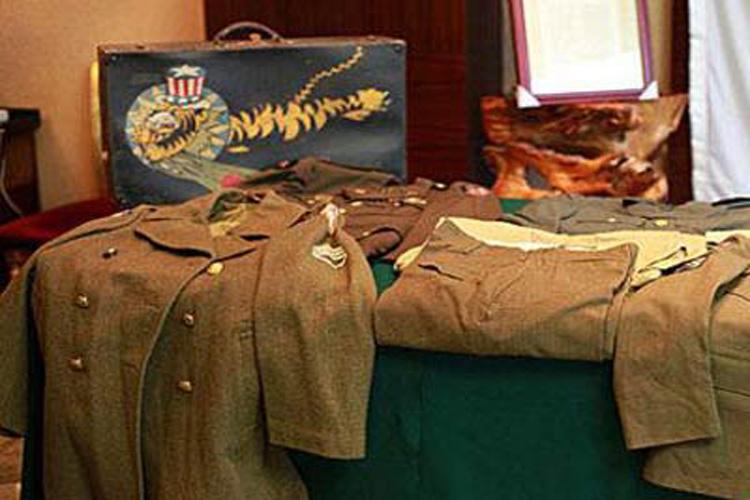 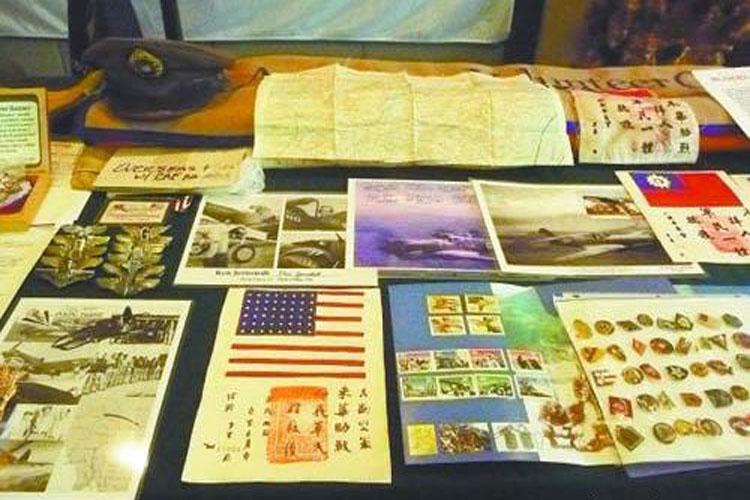 
Chinese name: 桂林飞虎队遗址公园 (Guilin Feihudui Yizhi Gongyuan).
Location: at Yangtang Airport, Lingui County, 13 km west of Guilin City, Guangxi Zhuang Autonomous Region (aka. Guangxi Province).
Ticket: to be determined.
Opening time: to be determined.
How to get there: The site is approximately 2 km away from the county seat of Lingui, but no tourist buses to the site are available at present.

In memory of the Flying Tigers of the U.S. that fought with China against fascist Japan during the World War II (WWII, 1941-1945), the Guilin Flying Tigers Relics Park Start Working Pageant was held on March 22 of 2009 on a 7 square kilometers field, which is known as Lingui Yangtang Airport playing an indispensable part in the war. As the only existing fighting relic of the Flying Tigers in China, the park will be an important historical evidence of Sino-US friendship. 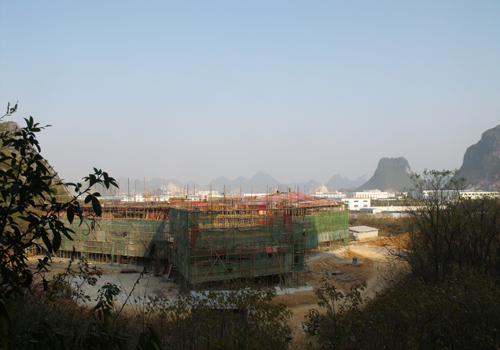 According to official information, the project will be invested with 0.16 billion RMB and the park will cover 166,667 square meters in total, with museum, hero monument, relievo wall of heroes, scene sculptures of the air force, command post, barracks, and so on. Meanwhile, some supporting facilities such as high-tech aerospace experience zone and air tour in helicopter will be also established there, to attract more and more people to learn about the history of Flying Tigers in Guilin. 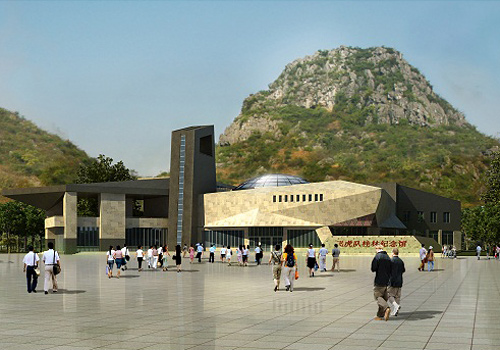 Brief Introduction to Flying Tigers of the U.S. in China

Flying Tigers (飞虎队, Feihudui) is as a matter of fact the nickname of the first American Volunteer Group of Chinese Air Force which was dispatched to China to defend the country against Japan. The name came from its badge – a flying tiger. The team was founded in Kunming with 99 P-40 fighter planes on August 1 of 1941 by Claire Lee Chennault (1893-1958), a former U.S. Army Air Forces general entrusted by the Chinese National Government of the time. Flying Tigers based at the airports in Liuzhou, Hnegyang, Guilin, Nanning, Suichuan, on the mission of air defense of South China and attacking marine transport of Japan. 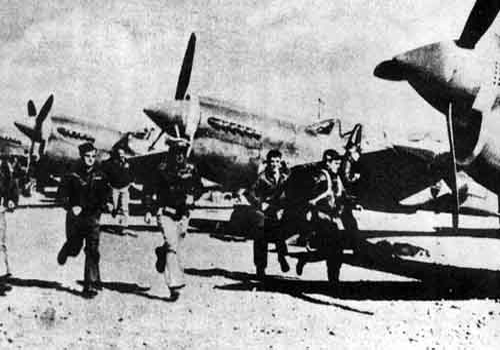 On December 23 of 1943, for the first time, the Flying Tigers led by General Chennault arrived in Guilin at the Yangtang Airport, with four P-40E and eight P 408 Eagle Fighters, which were ordained to fight against the invasive Japanese air force on the next day. In May of next year, the Flying Tigers was reorganized to be the Twenty-third Air Force. Until December, there were hundreds of American officers and men stationed in Guilin in total. 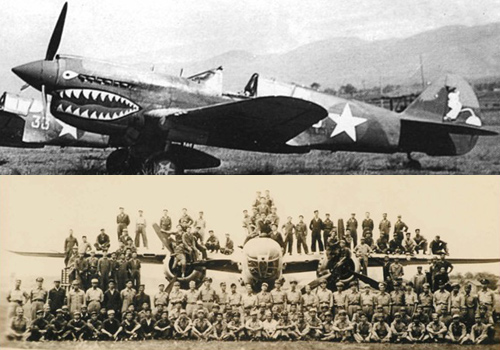 From 1941 to 1945, over 70 tons of goods and materials and more than 30,000 soldiers were transported to China, via the Hump air route above the Himalayas which is seen as "airspace reservation" because of the extreme weather and the dangerous terrain, to support the resistance. Fighting in the China, Burma and Indochina areas for more than seven months, the Flying Tigers successfully shot down 150 and destroyed 297 Japanese fighter planes, at the price of 73 planes and 26 pilots.

History of Yangtang Airport in Lingui of Guilin

Yangtang Airport was originally completed in 1933 due to military need. In 1939, 14,000 rural laborer of Guilin were conscripted to undertake the first-phase extension project of the airport; on the next year, 400 men were in charge of starting the second-phase extension; and in 1941, there were 19,000 men proceeding the third-phase. The lack of mechanical execution made the workers finish the huge task with their hands and shoulders: quarrying macadams from the mountains, paving the runway with massive stones, rubbles and dinas, tamping the way with a 12-ton stone roller pulled by 120 men...

After the completion of the project, the original runway was extended to be 2 km in length, 75 meters in width and 0.5 meter in thickness, with a smaller landing way in reserve. The airport was small (3 square kilometers) but was equipped with many facilities: taxiway, evacuation way, contact way, parking apron, power station, repair plant, blockhouse, basement, ammunition depot, command post, broadcasting station, wire telephone, etc., and really play a significant station of the Flying Tigers in South China during the WWII.

After the founding of the People's Republic of China in 1949, the Yangtang Airport was taken over by the Guangzhou Air Force of the Chinese People's Liberation Army. 30 years later, the airport was in the charge of the Revolutionary Committee of Lingui County, protected as a national permanent airport. 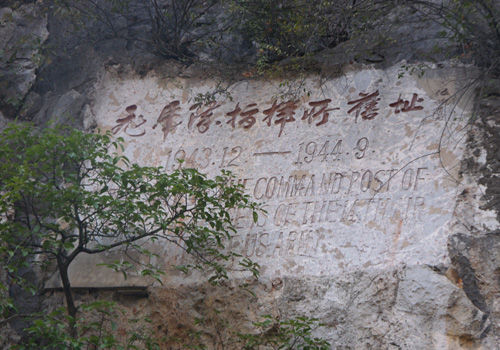 It is reported that former pilots of the Flying Tigers have been visiting the site every year since 2000 to review the history every year, and 119 pieces objects used by the Flying Tigers have been assembled and will be contribute to the park. In November of 2006, they initiated a fund raising, in the expectation of collecting USD 400,000 for the construction of the park and the protection of the site. Larry Jobe, Chairman of the Flying Tiger Historical Organization, said that it would be a very significant act to build the heritage park to display the history and the friendship between Chinese and American people. 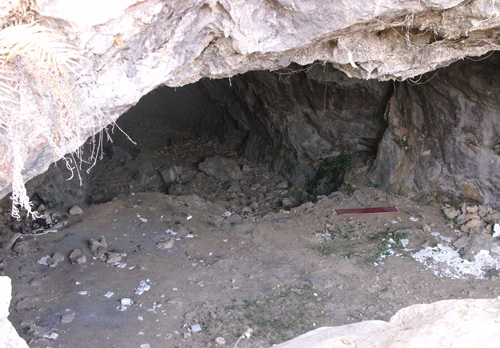 The command post is located in a cave near the runway of the airport, occupying some 300 square meters. Outside the cave there is a huge a stone, on which of the stone there are bilingual inscriptions by Anna Chan Chennault, the general's wife. It was on the stone that General Chennault watched air combats. Above the top of the entrance both Chinese and English inscriptions can be found; and inside the cave, tourists can also read the general situation of the Flying Tigers at Yangtang Airport of the time.