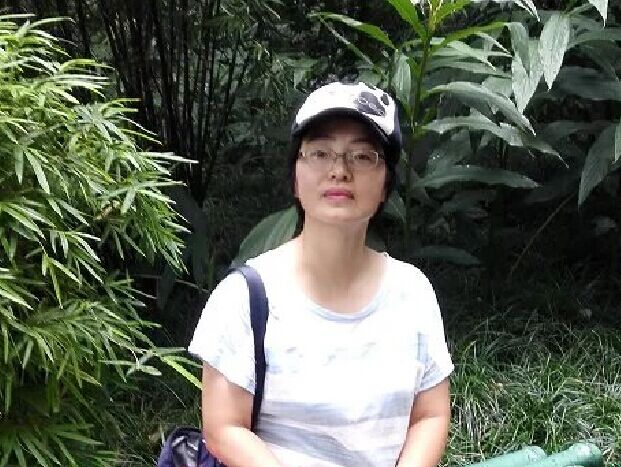 This is a tour agency in China that provides private English tours. If I needed another private tour, would I use them again? Definitely!! I would recommend them for the service too.


This is a tour agency in China that provides private English tours. I booked a 1 person private tour with these people for 4 days trip in Harbin for the Winter festival and I think it was really worth it.

I booked a 4 day tour in Harbin with them at the last minute and the person I contacted was Molly, who did all the arrangements for me. They pulled it off at the last minute, and around Chinese new year too! I contacted them just before Chinese New year and they responded really quick (yes, China time is 3 hours behind Sydney, so my responses came after 12pm local time each day). She even told me they will be on public holiday from Chinese New Year until Monday the 11th of Feb and then on Monday the 11th of Feb, I got a message from her back with a quote from the local partners first thing, so I was able to make other arrangements quickly, like getting my plane tickets, and visa.

Molly provided me with an itinerary and a quote and I was happy with it, costed $1560 AUD including single non-shared accommodation (I chose 3 star accommodation because I am not fussy about the hotel), breakfast, private transport, pick up and drop off from airport, driver, and an English speaking guide all for myself, so I had 2 people helping me out during my time there, plus entry tickets to all the attractions, for 4 days. I saw a local Australian tour company that had a 5 day Harbin group tour for $1525 AUD with a maximum of 12 people, but it’s really a 3 day tour because that tour lets people arrive in Beijing, then everyone catches the train overnight to Harbin, and days 2-4 are spent sightseeing before catching the train back to Beijing on the 5th day, plus there was another tour company that offered private tours that quoted over $2000 AUD for a similar itinerary, so I believe it was money well spent. My itinerary included the Ice and Snow world, Snow Sculptures and skiing.

Molly gave me the name and contact details of my guide (Allison) as soon as one was allocated to me, and I contacted her on Wechat (a Chinese messenger phone app). Allison is pleasant and speaks English well. The driver helped put my luggage in the car. Allison was knowledgeable and I was impressed that she was flexible and had the sense to check with the local contacts immediately upon picking me up from the airport and getting into the car, to see if the attractions I wanted to see were still open.

Allison took photos for me, and was pretty good at it, and told me lots of relevant history and behind the scenes stories, for example, how the ice blocks are harvested from the river with people standing on the frozen river, drilling holes along the perimeter of the block as deep as it is thick, and connecting them with a saw and lifting them out with a crane; how the Dao in Laodaowai refers to the railway the Russians built when they came to Harbin, and forced the locals out of the railway/developed area, hence the name Lao “Old” Dao “Railway” Wai “outside” refers to outside the railway area.

As a local, she also helped me haggle a better price for the candied fruit sticks (Bing Tang Hu Lu) and I learnt that the Modern (Ma Die Er) Ice cream block is so named because it used to be sold from the Modern Hotel/shop and they were never individually packaged, rather, sold in tubs, so technically it’s only authentic if you buy it from the Modern shop on Central Street. (There is a shop with an oval red neon sign with 1906 on it.), and the original flavours are Original and Coffee (maybe something else, I forgot), the fruit flavours are new, so I recommend the original one. I saw reviews saying it's not that good - last time I was there in the summer I had one and didn't think it lived up to it's reputation because I ate a different branded one, so go for the authentic one at ￥10 each for the original flavour. (same price as the shop in the domestic airport in Harbin). They come on a stick, I haven't see the scoop ones.

Allison also took great care of me as a friend, and helped me walk around on slippery snow/ice and gave me some bandaids and heat packs when I got some grazes from the snow shoe walking around, and warned me not to go onto the frozen lake.

The car I used was a private car, in China, cars are allowed on road according to the numbers on the license plate, to limit the maximum number of cars on the road each day. Thankfully my itinerary was relaxed so there was some space to move around to get everything done, while still being within the permitted days for the car (if it’s outside, you can still have the car on the roads I was told, but just further from the attraction than if it was on a permitted day, which means a little more walking. I got door to door service every day!). It was clean and comfortable inside. Larger groups get coaches.

If I needed another private tour, would I use them again? Definitely!! I would recommend them for the service too. The driver was very professional and like another reviewer said, did not talk all the time, and didn't ask random personal info like local taxi drivers might. Wasn't too much 'awkward silence' either cause I talked with the guide in the back seat.

I got dropped off at the airport and Allison took me directly to the check in counter and they knew exactly which counter and flight I was taking (gave them the info before arriving, was surprised they kept it) so the driver drove me right up to the correct entry. Best service!