Dali is the capital city of the Dali Bai Autonomous Prefecture (including the ancient city of Dali in itself and Xiaguan city) located in southwest Yunnan Province, Southwest China. The city is famous for being home to the Han, Hui, Yi, Lisu and Bai ethnic minority peoples, the last one representing more than 65% of the total of population. Situated between the Cangshan Mountains and the Erhai Lake reputed for their beauty intertwining snowcapped pinnacles and crystal clear waters, Dali enjoys a monsoon subtropical climate. At 400 kilometers away from the capital city of Yunnan - Kunming, the city of Dali is highly deserved for the best pleasure of travelers. Great tourist destination along with the city of Lijiang, Dali is a must-see city of the Yunnan Province, rich in historical, cultural and natural spots. Favorite destination of hikers and backpackers, Dali is a high stop-off point to the northern Yunnan hiking and cycling circuit. Discovering the local Bai culture, handmade craft objects and local cuisine is just a pleasure to anyone having the chance to tour on this southernmost Province of mainland China. 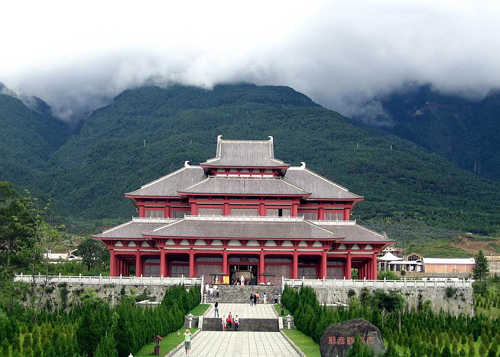 The city of Dali is renowned in history as the ancient capital of the Bai Kingdom which established its rule in the Erhai Lake region some 3000 years ago. After defeating the army of Tang Dynasty in the early 8th century, the Bai established the Nanzhao Kingdom that had a tremendous influence in mainland China as well as in upper Burma for much of the 9th century. Invaded by the Mongols hordes of Kublai Khan, the Bai Nanzhao Kingdom fell down after 5 centuries of self-government. Being the political, economic and cultural centre of Yunnan for years, Dali has kept lots of relics and buildings giving true testimonies of this great ancient past. Namely, the city was a major gateway and stop-off point on the "Silk Route of the South" to southeastern Asian countries. The Dali old city that is still opened to tourists today was built during the Emperor Hongwu reign between 1368 and 1398 (Ming Dynasty). Major point on the Panthay Rebellion occurring in the region from 1856 to 1863 against the Qing Dynasty, Dali is definitely a high place of history in the whole southern trip of China. Production place of different types of marble used mainly in decorative objects, the city of Dali is famous for its direct association with the material, the name "marble" being called "Dali stone" (da li shi, 大理石) in Mandarin Chinese. Visitors to this city are just all stuck by the amazing sceneries displaying in the area. The city of Dali still erects today as an elegant and major historical point of China where the rich Bai and Erhai cultures are just at anyone's fingertips. 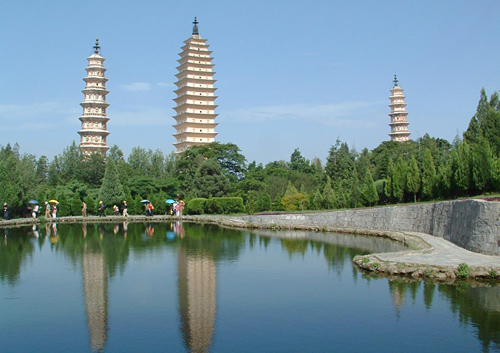 Today, Dali is a great scenic spot and tourist city of the Yunnan Province. Full of vitality, old historical and cultural relics, Dali mingles present modernity and ancient times in an irresistible way. The "new city" known as "Xiaguan" is located south of the old Dali city. Renowned place for its beautiful lush landscapes, pagodas, monasteries, minority peoples' folk ways, Yunnan typical cuisine, Dali is a good place to stop off on your Yunnan tour. The city is highly appreciated by hikers, backpackers and other amateurs of sports. The Erhai lake nearby is a marvel for everyone having the chance to stop by and a place where to relax and enjoy nature at its best point. The still preserved cobbled streets of the city are giving more and more cachet to the place, a real delight for visitors to look for some typical Chinese sceneries. In Dali, have a glance at the Erhai Lake, the Cangshan Mountain and of course the many little Bai minority shops and architectural-like housing, a trip that you'll never regret!