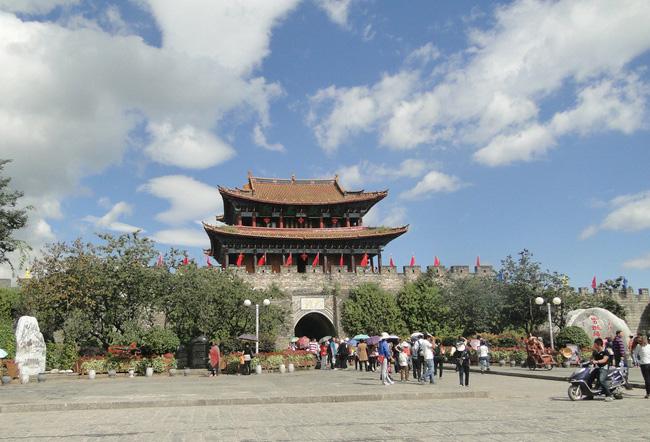 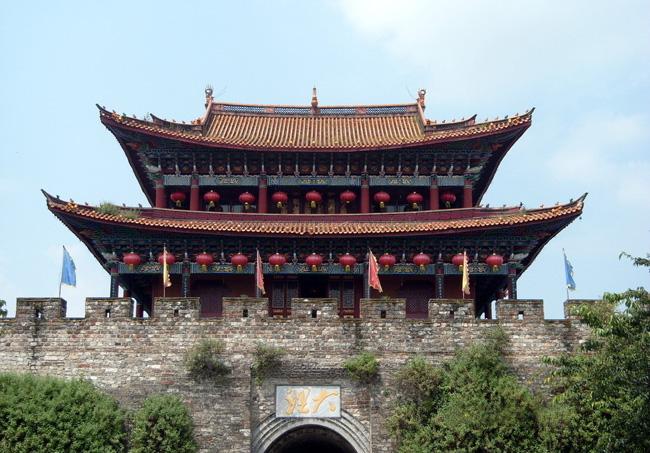 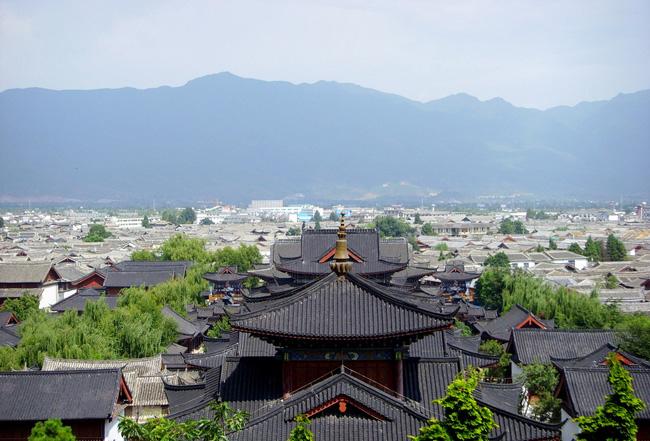 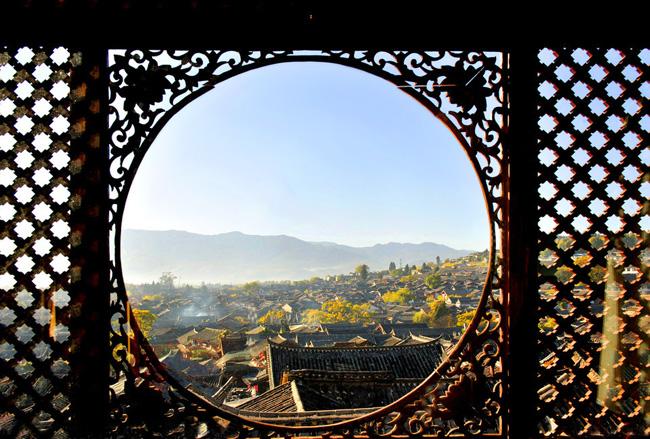 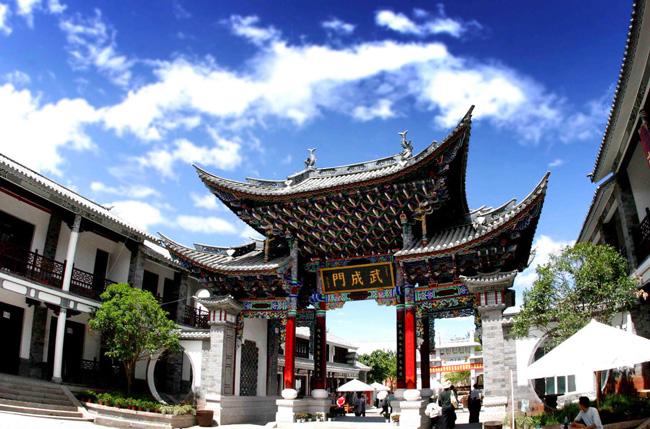 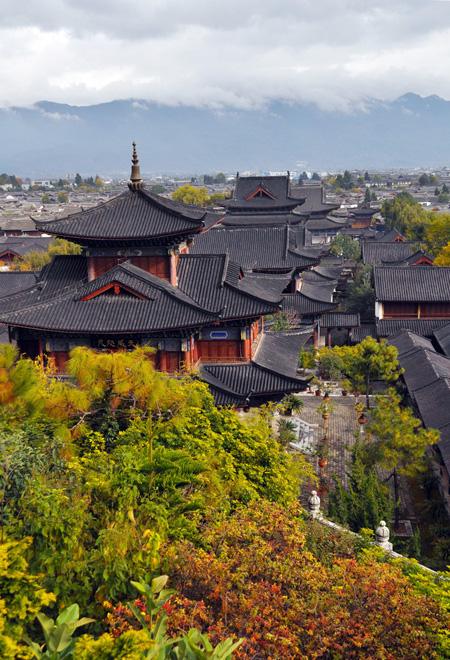 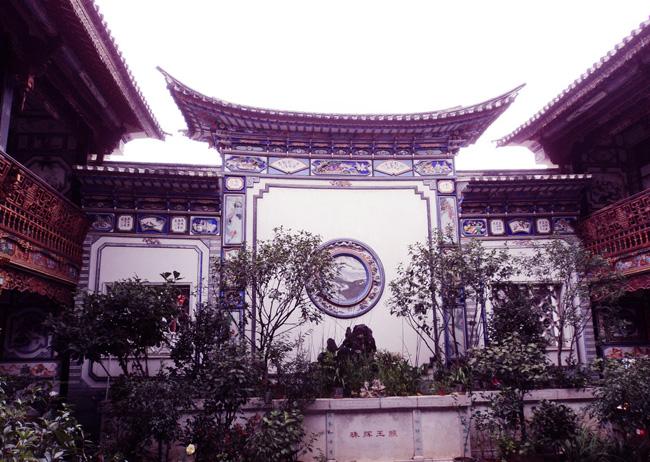 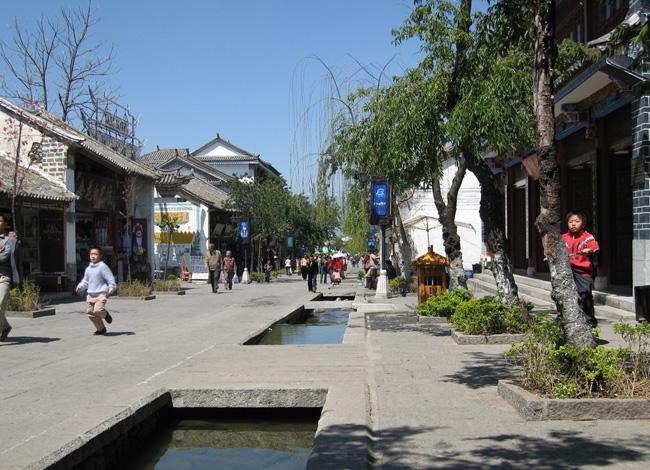 
Chinese name: 大理古城 (Dali Gu Cheng)
Location: on the north side of Xiaguan (the new city area with modern buildings of Dali), the Ancient City of Dali is 13 kilometers north of Xiaguan, the city of Dali is composed by these two parts.
Entrance Fee: The maintaince fee for the ancient city will be charged if you want to visit here, it is RMB80 yuan (2011).

How to get there:
- By Bus: Get to the bus station first, you will find direct buses (No. 4, No.8, etc) from Xiaguan (new city area of Dali) to the ancient city. It take about 20-30 minutes. The latest bus to the ancient town departing at about 20:00.
- By Taxi: Taking a taxi from the bus/train station of Dali new city (Xiaguan) to the ancient city in the north is not cheap, you may bargain with the drivers and the price is about RMB50 yuan.
- By Gharry: If you want to experience the wagon riding from Xiguan to the dock of Erhai Lake, it is better to make a good bargain with the owner before boarding. 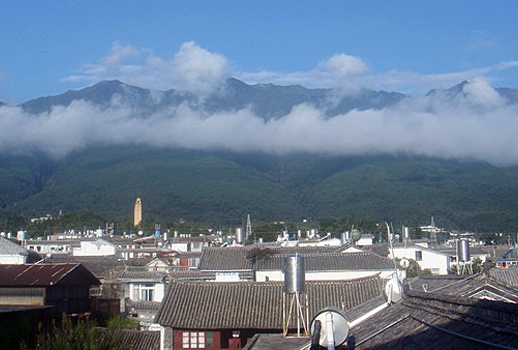 Basic Introduction of the Ancient City of Dali:
Dali Ancient City was built in 1382, it was named Yeyu City, Forbidden City, Zhonghe Town, the Cangshan Mountain is on the back of the ancient city of Dali, the city is facing the Erhai Lake. According to the ancient record, the city wall is about 8.3 meters tall and it is of a thickness of 6.6 meters.

There are four city gates of the city in the north, west, east, and south with their own gate towers and turrets. The gate towers are named Tonghai, Cangshan, Cheng’en and Anyuan. The distribution of the city inside is of strict order and the whole ancient city looks like a chessboard (all the path of the ancient city are from the east to west or from north to south, houses of tile makes the city simple and unsophisticated).

Features and hobbies of the local people:
The Dali people all fond of flowers, you may see all kinds of flowers in their gardens, the rare Dali camellia, azalea, etc. 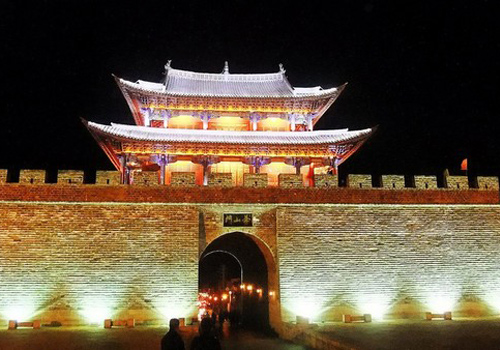 Highlight attractions to see in the Dali Ancient City:
Wuhua Lou (Wuhua Building or Wuhua Storeys, 五华楼): In the center of the 1200 years old ancient town, standing one elegant building, Wuhua Lou, the building was built in the ancient time when Dali country existed. The architecture was used for inviting VIPs in the royal or imperial groups in the old days; it is of 5 floors tall and available to hold ten thousand people. The building experienced repairs for many times, the Wuhua Lou we now see was re-built in 1998. It is one of the featured ancient buildings in Dali ancient city.

The characteristic natural landscapes in Dali are usually composed by mountain and water. The land between Cangshan Mountain and Erhai Lake is a fan-shaped plain formed by impact. It is full of rich land, connecting villages and top attractions like the Three Pagodas of Chongsheng Temple, it is described as ‘the gallery of scenery’, it is a perfect mixture of scene, scenic spot and folk-customs. Guest may take in all the beautiful sceneries when climbing up to the mountain top. 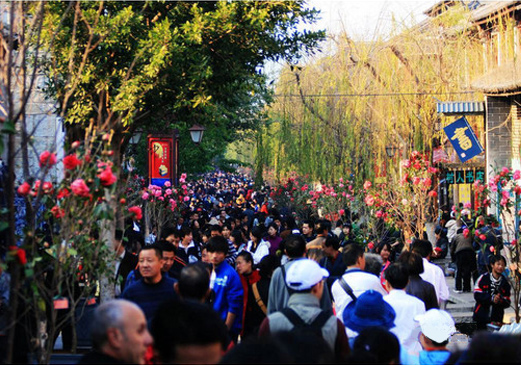 Cang Shan Mountain and Erhai Lake links together with mountains and rivers. The Erhai Lake is origin from the Jiangwei Village of Eryuan County from the north and stops at the new city area of Dali, with a length of 41.5 kilometers, a acreage of 251 square kilometers and a elevation of 1972 meters. In Chinese, the ‘Er’ means the ears of a person; the Erhai Lake was named as its shape looks like the ear of people. The Erhai park in the south point of the lake is one of the best place to enjoy the mountain and lake scenery.

Tours including The Ancient City of Dali