Thriving as the capital of central China’s Hunan Province, Changsha City is the political, commercial, and cultural and communication hub of the province. Located in the east of Hunan Province, Changsha was built on the floodplain of Xiang River. It covers an area 11,819 square kilometers and has jurisdiction over 6 districts, 1 county-level cities and 2 counties. As the cradle of Hu-Xiang Culture (a distinctive culture came into being and developed in Hunan Province), Changsha boasts one of first batch of National Historical and Cultural Cities. Silk coat, putrescent-resist woman’s corpse of over 2000 years, bronze wares, Bamboo and Wooden Strips of Zoumalou…all the debris of history narrates the history of this city. From seemingly endless alleys to museums that are jammed with cultural relics to residences of celebrities, each corner demonstrates its glorious past. It was once the sanctuary of two famous poets: Qu Yuan and Jia Yi. Qu Yuan was a famous poet and patriot in the Spring and Autumn Period (770BC-476BC), and Jia Yi was a famous writer of Han Dynasty). It is home to numerous celebrities, such as revolutionaries Liu Shaoqi and Hu Yaobang. Changsha is also known as an education center. The existing Yuelu Academy, which was founded in Song Dynasty (960-1279), is one of most famous academy in ancient time. From the Mawangdui Han Tomb to Yuelu Mountain to the Hunan Provincial Museum, Changsha is crammed with historic, artistic, and otherwise tony sites. Today’s Changsha is full of concrete skyscrapers, amusements atmosphere, gourmet restaurants and shopping drags. 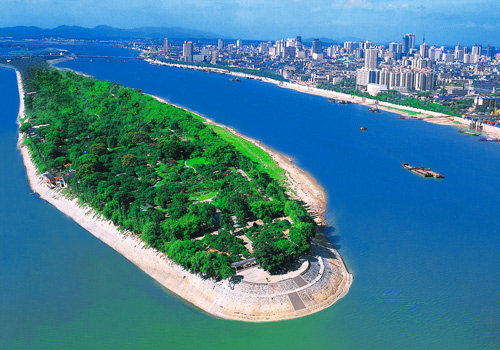 Changsha has a dazzling past. It has a history of over 3,000 years. Since early Spring and Autumn Period, Changsha has been a strategically rear of Chu State. After the founding of Han Dynasty (206 BC -220AD), Changsha State, a dependent state was found in this site in 206 BC. Since then, Changsha started to have city wall and gradually became a stragic point scrambled by strategists. During Ming (1368-1644) and Qing (1644-1911) dynasties, Changsha was one of four most important rice and tea market. It was once a political and revolution center. The founder of People’s Republic of China, Chairman Mao started his schooling in the Hunan First Normal College and began his political career in Changsha. Therefore, Changsha is regarded as a revolution shrine. In 1990s, Changsha blasted off into an important city in China’s western and central regions with its foot on the accelerator 24 hours a day. Since 2007, it has been regarded as the engine for the Rise of Central China. Although it is not always stable, it’s indeed always prosperous. 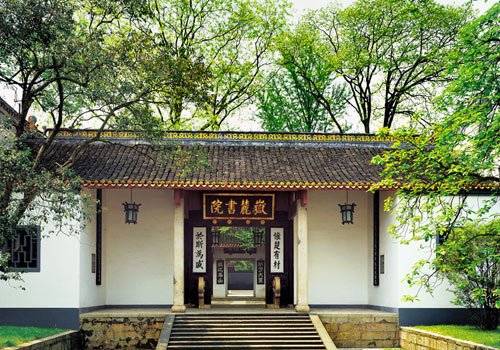 Changsha ranks the first in terms of per capita income in central China. It has prosperous high-tech industry, booming tertiary industry, thriving catering industry and unique entertainment. It boasts a wealth of historical relics, such as the oldest iron casting, the lightest silk coat, the earliest writing brush, etc, some of which can be seen in Mawangdui Han Tomb and Hunan Provincial Museum. The Yuelu Academy at the foot of Yuelu Mountain, which nurtured Hu-Xiang Culture for 1,000 years, is a must-see for tourists. Window of the World and Juzizhou Island (Orange Island) also deserve a visit.