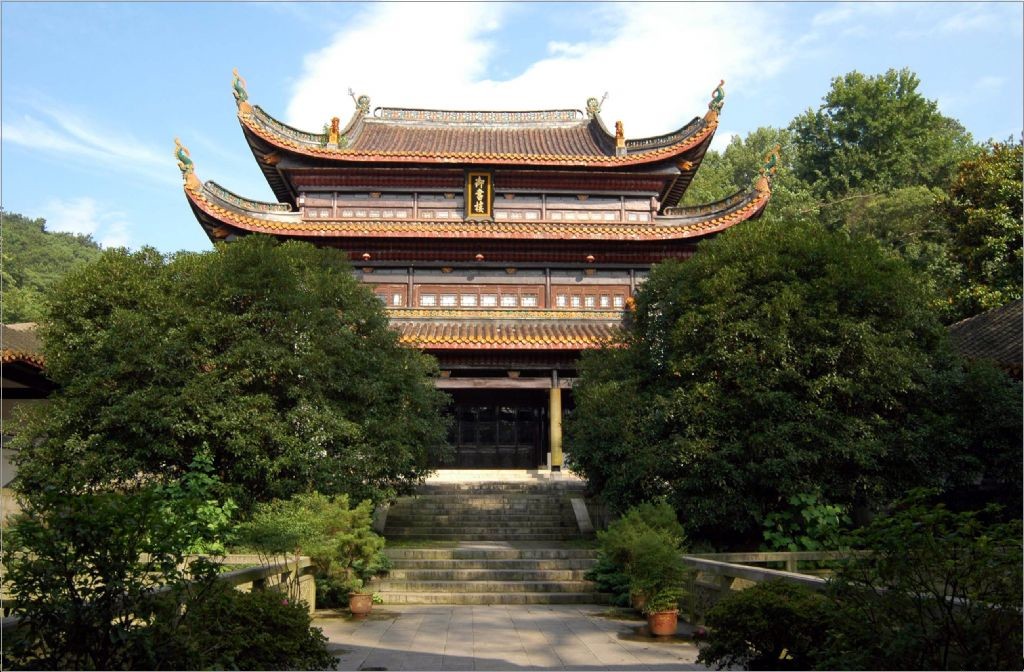 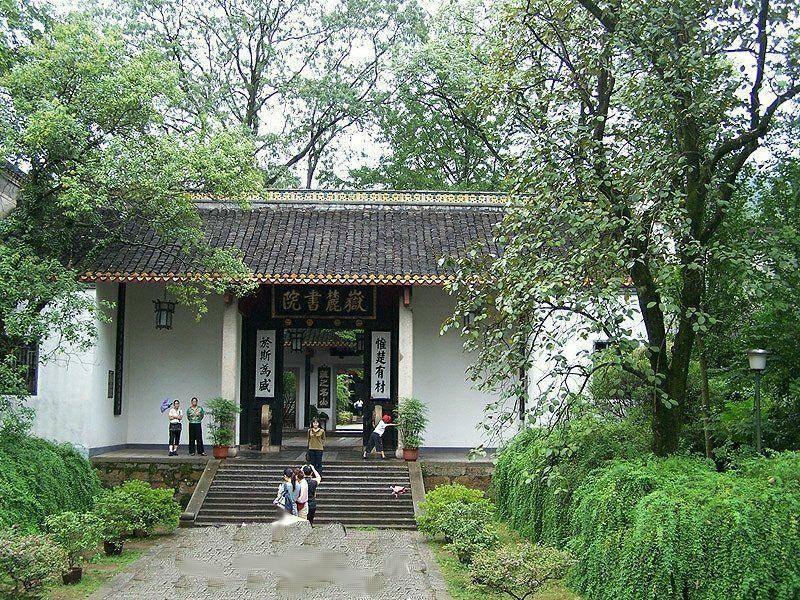 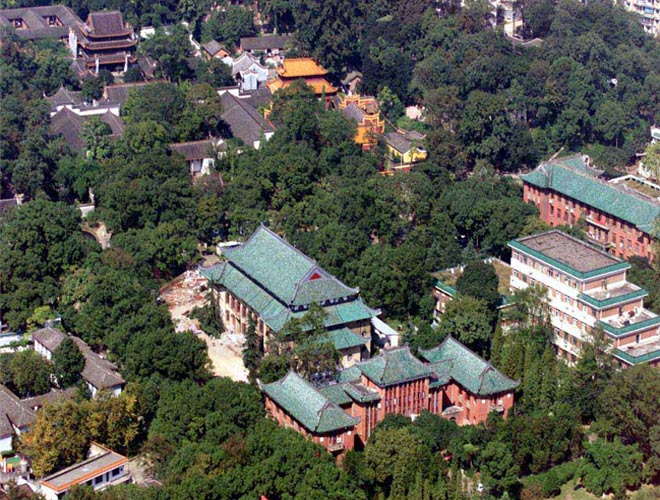 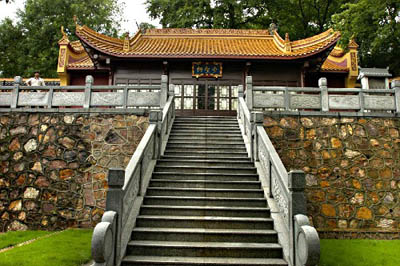 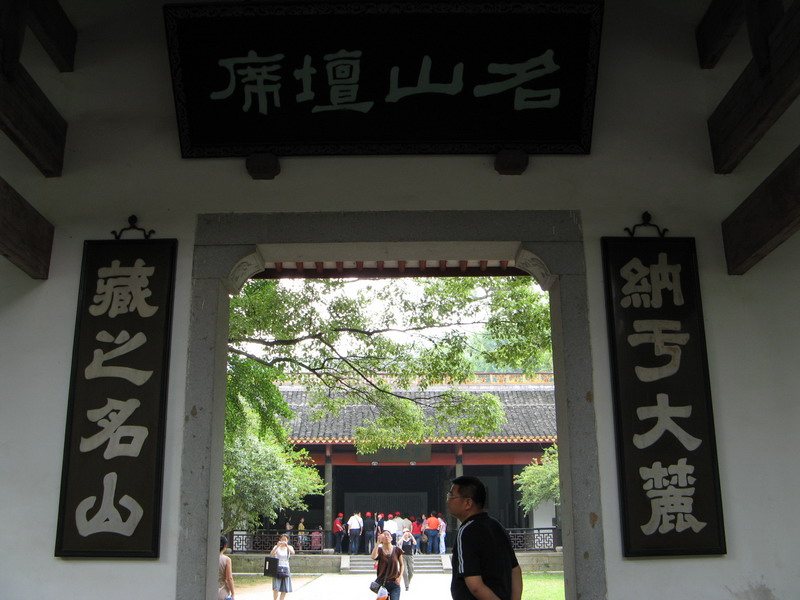 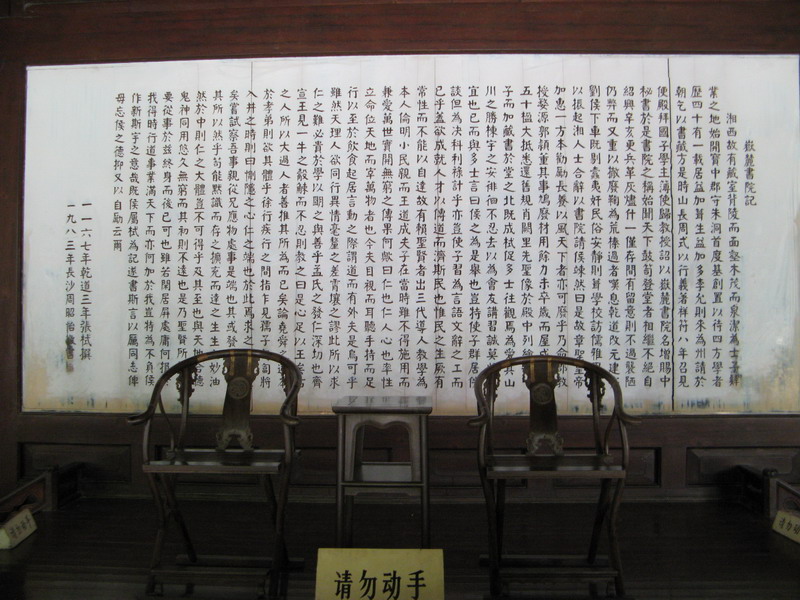 As a national key scenic area, the Yuelu Hill is one of the 72 peaks of Hengshan Mountain of Hunan Province (one of the Five Mountains of China). Located on the bank of Xiang River of the ancient city of Changsha, the Yuelu Hill Scenic Area is consisting of natural scenery of hills, river, lake, flora and fauna, and humanistic attractions of cultural relics, modern celebrities’ tombs, and modern revolutionary historical sites. 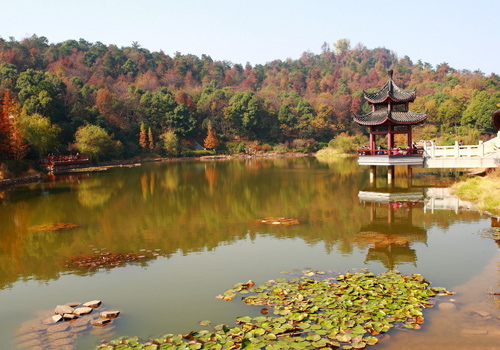 Considered an assembly of essence of Hunan Culture, the Confucianism, Buddhism and Taoism coexist in Yuelu Hill. And numerous places of historical interests and scenic beauty of Yuelu Hill include Yuwang (King Yu) Stele, stupa, Flying Stone, Baihe Spring, etc. In addition, the Yuelu Hill offers rich plant species, namely, 977 species belong to 174 categories, including a large amount of ancient trees, such as podocarpus of Jin Dynasty (266-420), gingko of Tang Dynasty (618-907), camphor tree of Song Dynasty (970-1279), and so on. Every time when autumn turns into winter, the red maple and oranges on the branches adds great glamour to Yuelu Hill. 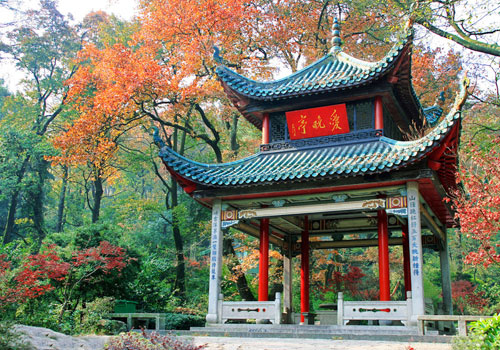 Originally built in 1792 during Qing Dynasty (1644-1911) by the director of Yuelu Academy, the Aiwan Pavilion, or Love Dusk Pavilion is one of the Four Most Famous Pavilions of China providing superb natural beauties. Well-known for a famous poem by Tang poet Du Mu, from which the name of the pavilion came, the Love Dusk Pavilion was also one of the favorite sites of Chairman Mao in his early years. When Chairman Mao studied in Changsha, he usually came to Yuelu Academy and Love Dusk Pavilion with his classmates for free talking and discussing on politics.

Praised as the No.1 of the Four Famous Ancient Academies of China, the Yuelu Academy has a history over 1000 years since its was built in 976 during Song Dynasty (970-1279). Developed for successive dynasties of Song, Yuan (1279-1368), Ming (1368-1644) and Qing, the Yuelu Academy was officially transformed to Hunan University in 1926. Covering about 21000 square meters, most of the existing architectures of Yuelu Academy are survivals of Ming and Qing dynasties, which unfold a magnificent architecture complex of ancient China with a series connecting buildings of main gate, lecture hall, learning room, teaching room, Baiquan Pavilion, Yushu Building (library), and Confucius Temple. In addition to the architecture, Yuelu Academy reserves a good deal of steles and inscribed boards, for example, Lushan Temple Stele of Tang Dynasty, the Stele for Yuelu Academy of Ming Dynasty, steles of Zhu Xi (famous educator and thinker in Song Dynasty) carved in Qing Dynasty, and so on. 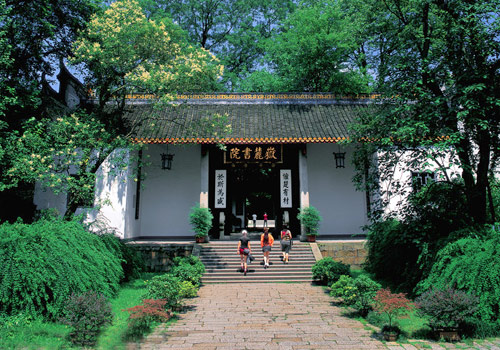 In Yuelu Hill, there are many tombs of Chinese modern revolutionary pioneers and martyrs scattered among verdant pines and cypresses. A historical site for modern revolutionaries, Yuelu Hill became a popular last resting place for many of these greatest, including Huang Xing, Cai E, Chen Tianhua, Jiang Yiwu, etc.

Located at the left of Yun Peak of Yuelu Hill, the King Yu Stele is the symbol of the ancient culture of Yuelu Hill, which was carved in Song Dynasty with 9 lines and 77 characters in total in peculiar ancient character style. A stele said to be firstly erected by the great King Yu (a great flood controller of Yellow River, as well as the father of the founder emperor of Xia Dynasty, 2100 B.C.-1600 B.C.), it was discovered in Ming Dynasty and then popularly copied and erected in other 10 various regions. 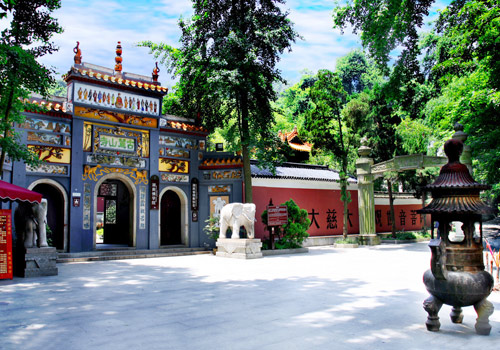 Another famed stele in Yuelu Hill, the Lushan Temple Stele is nearly 3 meters high and over 1 meter wide. The article on it was written by famous writer, and the calligraphy by famous calligrapher, and the stele caved by greatest caver all in Tang Dynasty that made this stele so famous attracting many scholars and literati in all ages to admire and write numerous praising poems and sentences. The article of the stele is the history about the Lushan Temple from its founding in Jin Dynasty (265-274) to the Tang Dynasty when the stele was erected, and the natural beauty of Yuelu Hill was described as well.