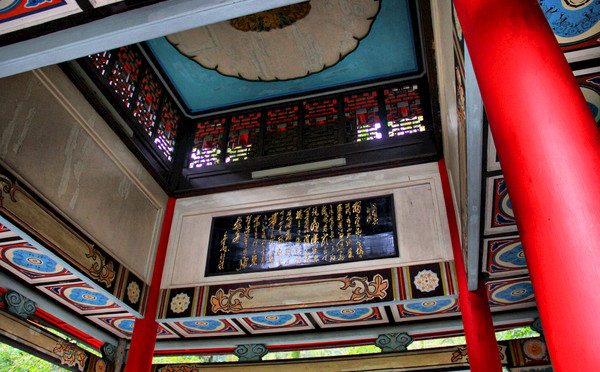 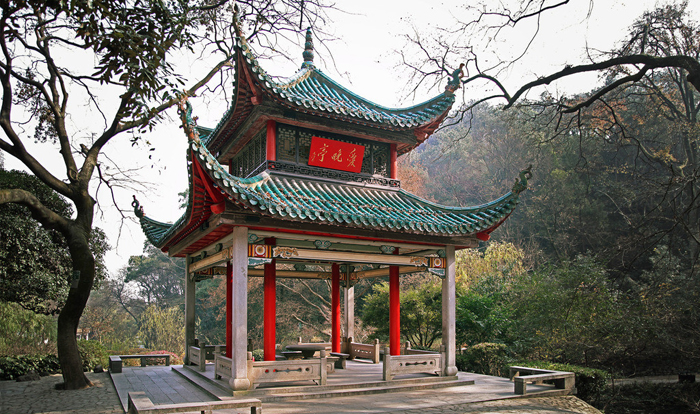 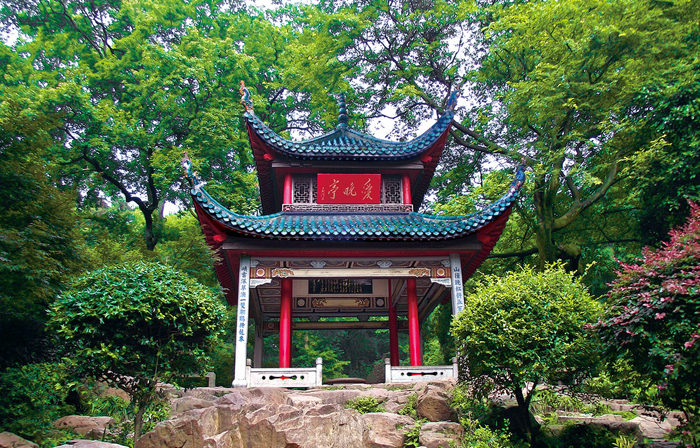 Seated in Qingfeng Gorge (Cool Breeze Gorge) at the foot of Yuelu Hill, the Aiwan Pavilion, or the Love Dusk Pavilion sits west to east and is embraced on three sides by green hills. Originally built in 1792 during Qing Dynasty (1644-1911) by the director of Yuelu Academy, Love Dusk Pavilion is considered the Four Most Famous Pavilions of China together with Zuiweng Pavilion in Anhui Province, Huxin Pavilion in the middle of the West Lake in Hangzhou and Taoran Pavilion in Beijing. 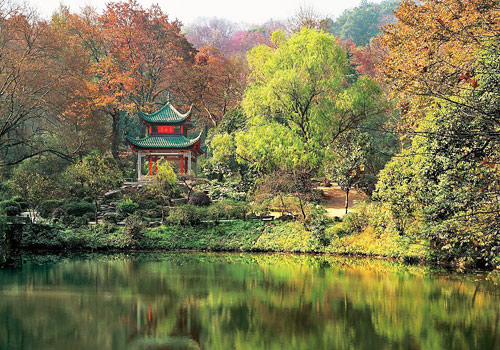 Well-known for a famous poem by the famed poet Du Mu (杜牧, 803-852) of Tang Dynasty (618-907), from which the name of the pavilion came, the Love Dusk Pavilion was also a holy land of revolution and one of the favorite sites of Chairman Mao in his early years. When Chairman Mao studied in Changsha, he usually came to Yuelu Academy and Love Dusk Pavilion with his classmates for free talking and discussing on politics. 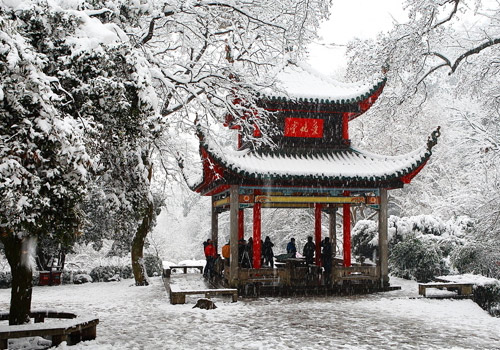 Destroyed during the Anti-Japanese War (1937-1945), the Aiwan Pavilion was rebuilt in 1952 and repaired in 1987. It is a green-tile-covered pavilion with 8 columns and multipleeave. Inside are four granite pillars, painted caisson, and a horizontal tablet on which is the name of the pavilion, which was caved according to the handwriting of Chairman Mao. Furthermore, the stele erected in the pavilion inscribes one verse of Chairman Mao, which described the magnificence and beauty of Changsha City. In the front of Love Dusk Pavilion, there is a pool with flowing spring; enveloped in maple trees, the pavilion provides a superb beauty in the late autumn with gorgeous red leaves attracting stream of appreciators.