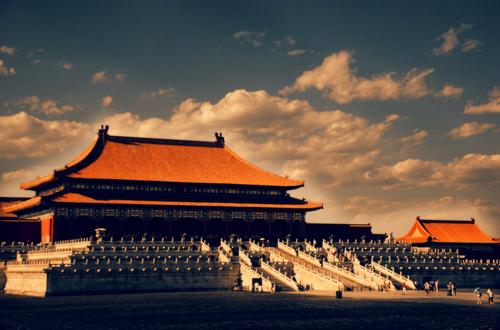 In order to meet the growing demand of passengers, BCIA has undergone three phases of 8 large-scale expansions and reconstructions since 1965. In 1980, Terminal 1 was officially put into use. In 1999, Terminal 2 was fully put into operation. And in 2008, the large Terminal 3 was officially put into operation with the fast "Chinese speed" construction. Since then, BCIA has become the first and only airport in the Asia-Pacific region with three terminals, three runways and two control towers operating simultaneously.

As the core node of Europe, Asia, and North America, Beijing Capital International Airport has advantageous geographical location, simple and convenient transfer procedures, and highly effective collaboration mechanism, making it one of the most convenient aviation hubs to connect Asian, European and American aviation markets. As the increasingly improved international airline network comes into being, BCIA is becoming one of the busiest airports in the world, with nearly 1,700 flights from 94 airlines connecting Beijing with 244 cities in 54 countries around the world every day.

Airport Bus serves mainly for passengers at BCIA(employees) and Shunyi District, which is located in the northeast of Beijing.

Airport Express(subway) has 4 stops, that is Dongzhimen, Sanyuanqiao, Terminal 3 and Terminal 2.

Beijing Capital International Airport(BCIA) provides taxi stops at the airport, so passengers can also take taxi to or from the airport.

For detailed information about how to arrive at/depart from Beijing Capital Airport you can visit the website of the airport: http://en.bcia.com.cn/wljc.html

The terminal building of Daxing airport is the impressive outcome of the collaboration between ADP Ingeniérie (ADPI) and the architecture team of Zaha Mohammad Hadid (ZHA) who was the first woman to win the prestigious Pritzker Architecture Prize. The whole aviation hub is shaped like a phoenix spreading its wings, which has been nicknamed “Starfish”. Considering the airport's large capacity in the future, this layout of the starfish-like facility will minimize the walking distance for passengers. 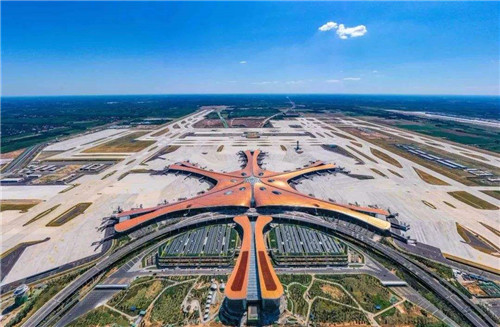 Transportation To & From Beijing Daxing International Airport
Multiple means of transportation are available to/from Beijing Daxing International Airport, very convenient. The Beijing section of Beijing-Xiong’an intercity railway connects Daxing airport to Beijing West Railway Station in half an hour at cost of 25-30 RMB. The Daxing Airport Subway Line initially operated three stations and passengers can take it to Caoqiao station, from where subway Line10 can be connected. It takes only 19 minutes from Daxing airport to Caoqiao by subway. Airport Shuttle and Airport Coaches are also available, the former can take you to the destinations in Beijing city such as Dongzhimen, Beijing Station, Beijing South Railway Station and Beijing West Railway Station; while the latter can take you to the surrounding cities such as Tianjin, Langfang and Tangshan. According to the government’s planning to strengthen traffic network in Beijing-Tianjin-Hebei region, the Daxing airport transportation system surely will be more effective in future.

Beijing South Railway Station
Located in Fengtai District of Beijing city, the station is not only one of the largest modern railway stations in Beijing, but also the starting stop of Beijing-Tianjin railway which is the first special line for passengers at the rate of 300 kilometers per hour. Most trains heading to Tianjin and the east China depart from this station. Passengers can take bus such as No. 20, 102, 106, 133, or metro Line 4 or 14 to get to Beijing South Railway Station.

Beijing West Railway Station
The station is also located in Fengtai District of Beijing. When it opened in 1996, it was one of the largest modern railway passenger stations in Asia. Beijing West Railway Station is an important part of Beijing railway hub, and its main lines include  Beijing-Guangzhou Railway, Beijing-Kowloon Railway and other Beijing suburban railway sub-central lines. Trains here are mainly bound for the west, south and central China. Buses such as No. 3, 9, 21, 40, 50, 65, 67, 89, and Beijing Metro Line 7 and Line 9 are available to the station.

Beijing subway
There are more than 20 subway lines in Beijing, including the Capital Airport Line and Daxing Airport Line. The subway network covers every corner of Beijing's urban and suburban areas, making it convenient to visit the popular destinations such as Tian’anmen Square, the Imperial Palace, the Summer Palace, Peking University and Tsinghua University.

More detailed information about Beijing subways you can visit https://www.bjsubway.com/en/