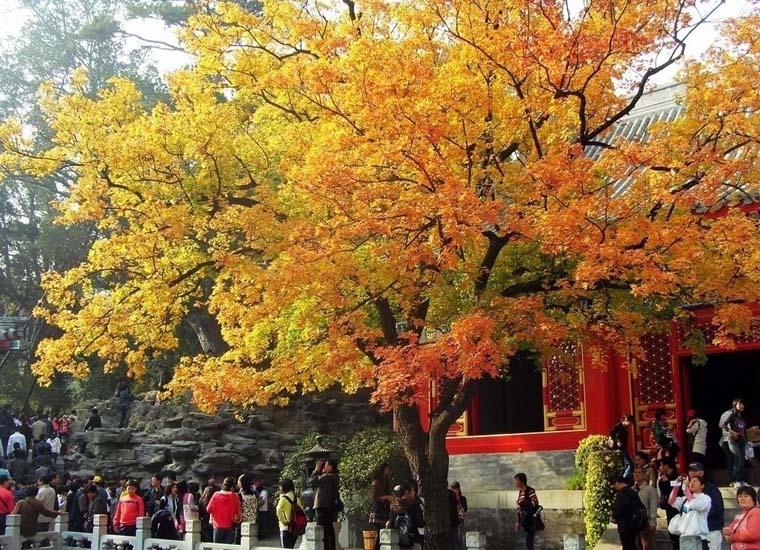 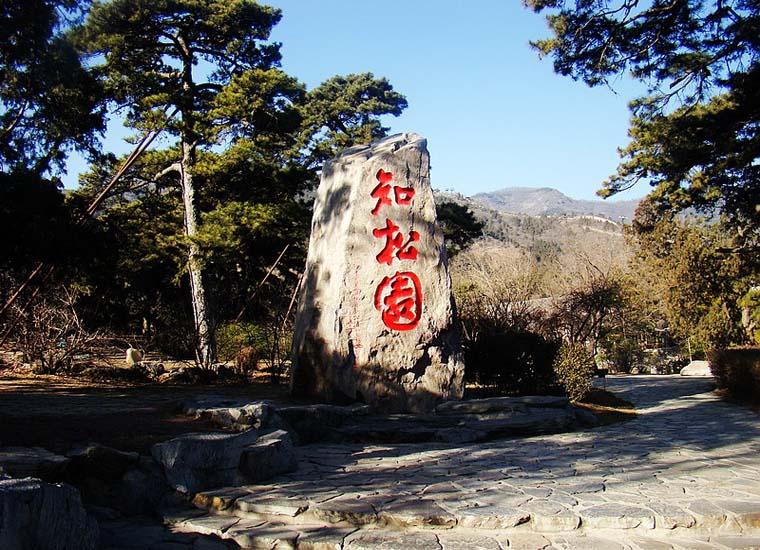 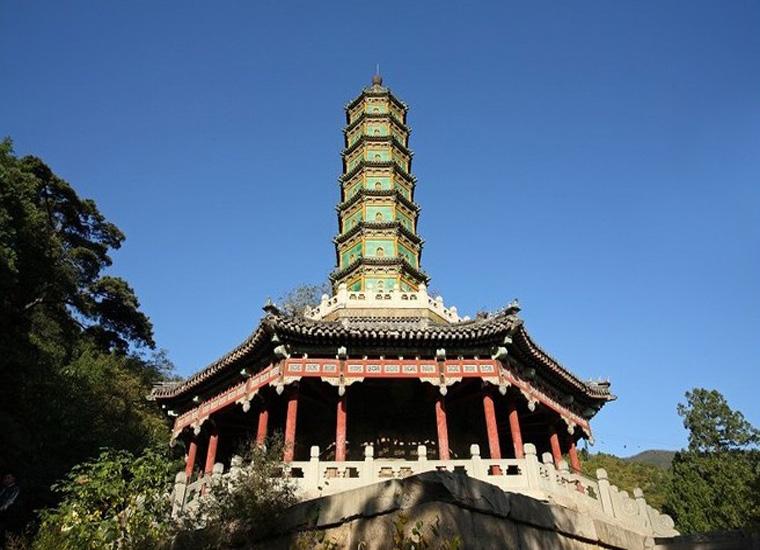 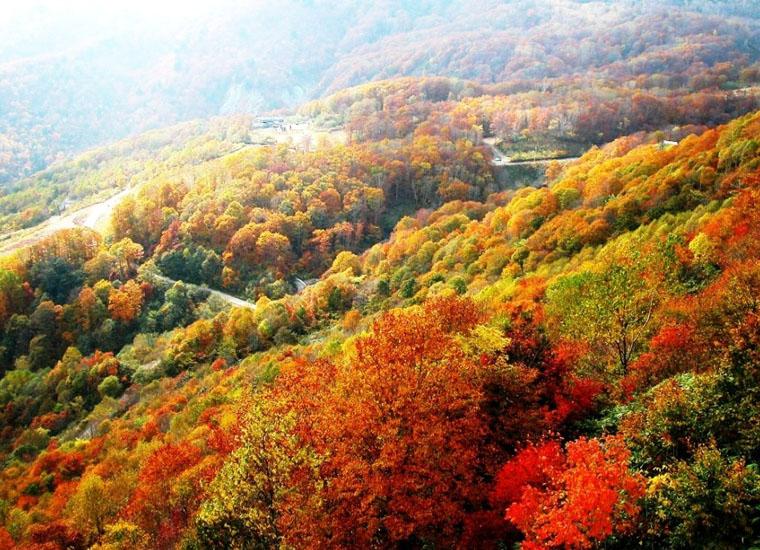 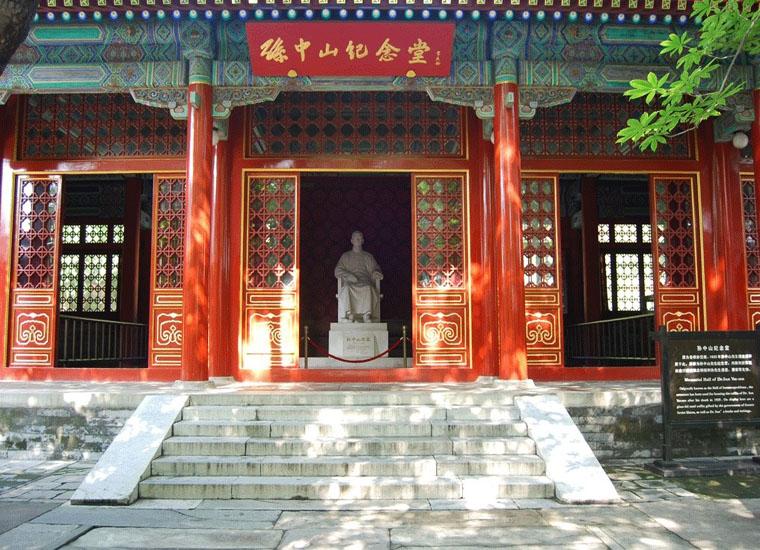 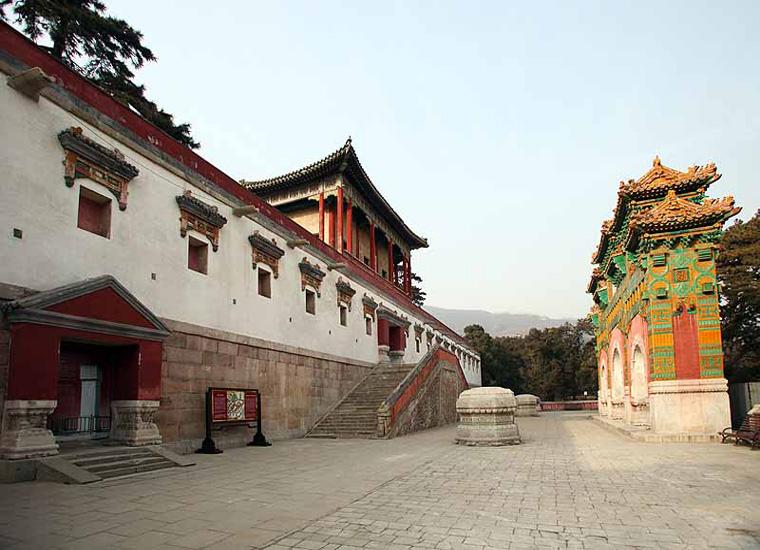 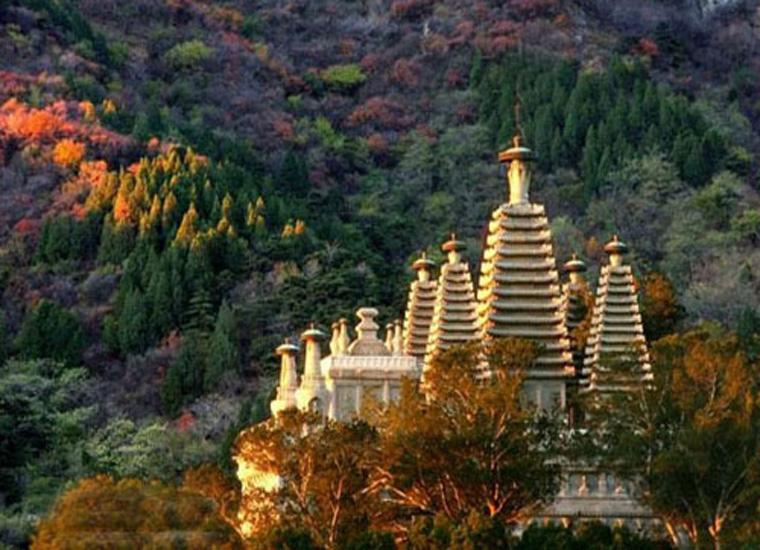 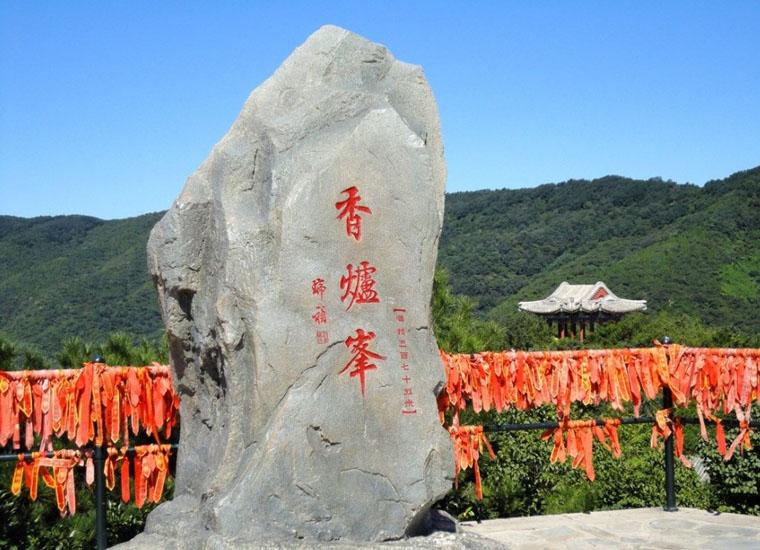 The park was named the fragrant one due to two reasons: 1. The stalactite on the top of the hill looks like a censer, so it is called Xianglushan (in Chinese, censer means Xianglu, and the smell of fragrant things means Xiang.) 2. The smell of the apricot blossom makes the hill fragrant.

The western suburban district of Beijing is regarded as the backyard garden of the great metropolis while the Beijing Xiangshan Park is the oxygen bar and green valley. The park forest of plants, the percentage of forest cover there exceeds 96% with over 5800 valuable trees and other natural resources like mountains, springs, and red autumnal leaves. 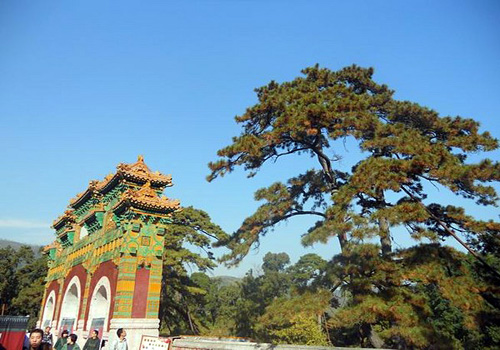 Top attractions of the park: Sun Yat-sen Memorial Hall: The hall was a temple and had its own name before Sun's death in 1925, Mr. Sun Yat-sen died on Mar. 12th, 1925 and his coffin was once send to this temple before being transferred to Nanjing (where the Kuomintang regime and government was built), people grieved over Sun's death at the temple and renamed the temple as the memorial hall for Sun Yat-sen.

Zhisong Park (means the place to understand pine trees, 知松园): It is located in the west of the main visiting artery, over 100 ancient pine trees are living there.

Shuangqing Bieshu (means a villa with two clean springs, 双清别墅): It is a quiet courtyard built in 1917 due to the flood in Heibei province (Beijing is a municipality directly under the Central Government but located in Heibei province), Chairman Mao once lived here before moving to Zhongnanhai (where the Chinese VIP works). 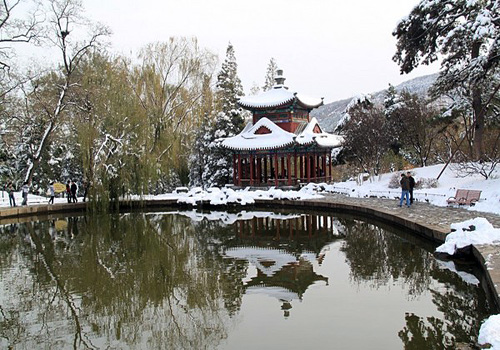 Travel tips and interesting things in Beijing Fragrant Park:
Cable car: The cable way is built between the north gate of the park and the highest point (censer peak, also named Xianglufeng and meaning place where 'devilishly hard to achieve'). It has three stops at the foot, middle and top of the hill, the single way price for the cable car per person is RMB50 yuan.

Maple leaves: The red maple leaf of Fragrant Hill Park is international scenery praised by guests and shutterbugs. The red autumnal leaves is one of the 'top 16 new Beijing attractions', and the best time to enjoy the maple trees is from mid October till mid November. Except the red maple trees, another highlight recommended to visitors is the gingko leaves there. Do you prefer a yellow world or the red world, or a fix together? 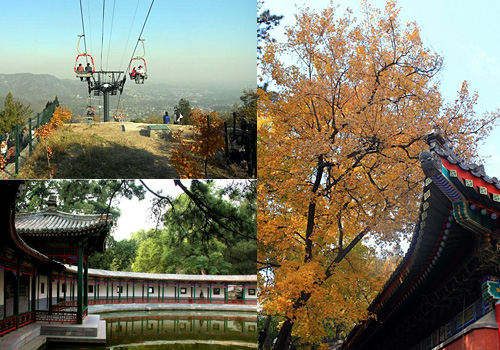 For bicycle lovers: Cycling to Fragrant Hill and climbing the hill by bike is very popular among bicycle lovers in Beijing. As the hill and scenic area is large, there are many options for us, people can ride bike to climb the hill from the ascending circling highway and they can also experience some off road down hill biking if they like. 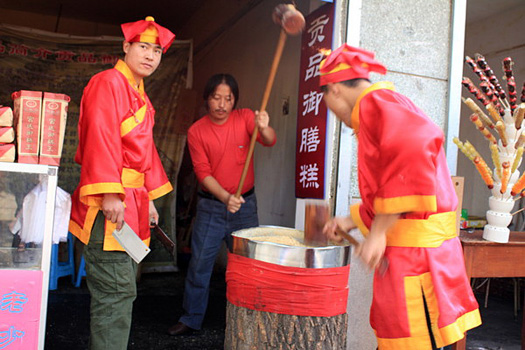 Travel tips: 1. The best time to watch the maple leaves at Xiangshan Park is also the most crowded period for tourists. The Jianxinzhai (means the place to converse with oneself, 见心斋) is of few visitors but it is a good place to chat and taste Chinese tea. 2. The famous Xiangshan Hotel was designed by one famous Chinese architect - Ieoh Ming Pei), if you are interested in Chinese buildings, don't forget to visit the hotel. 3. Choosing ordinary days and avoid visiting the Xiangshan Park on national vacations and weekend if possible.