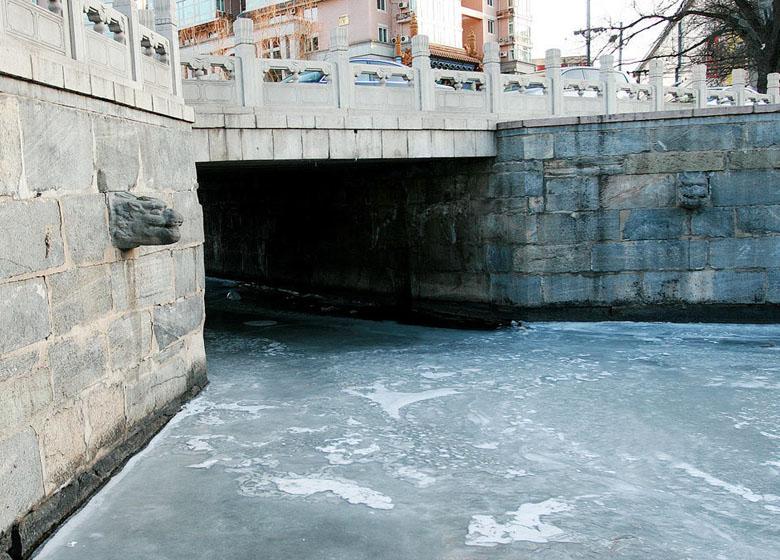 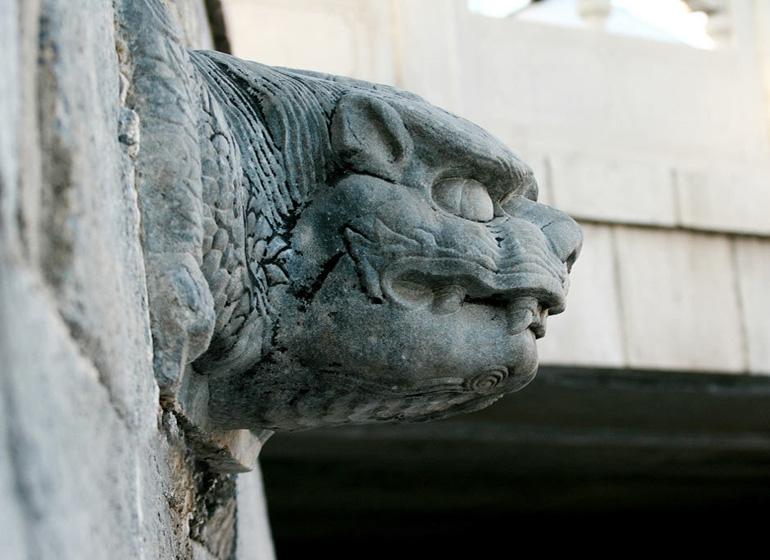 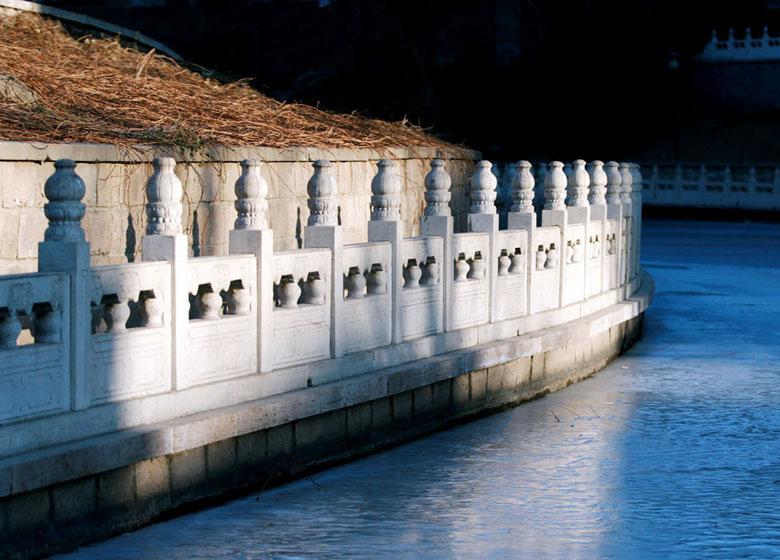 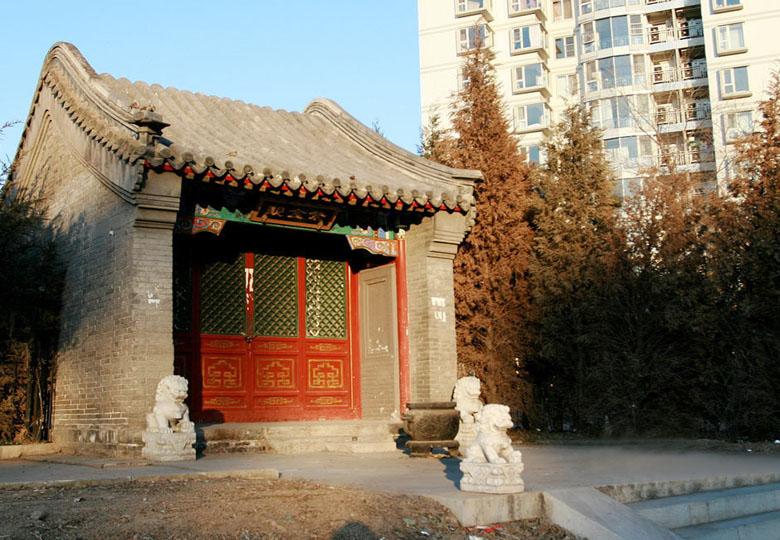 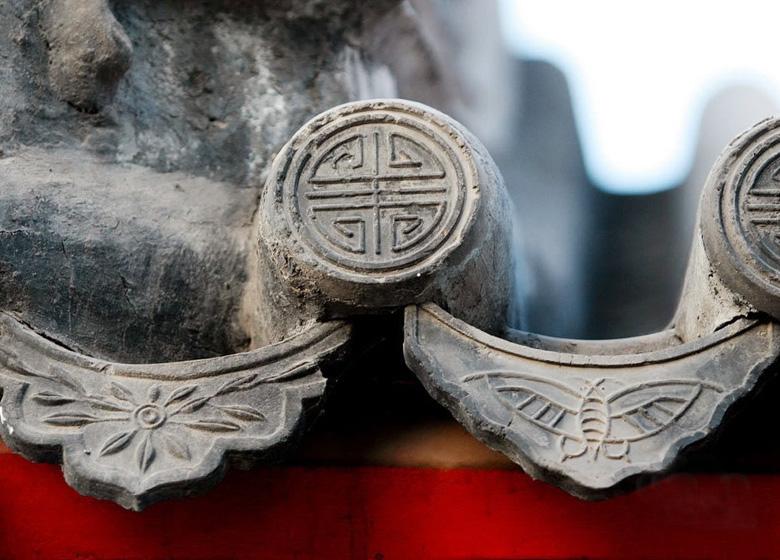 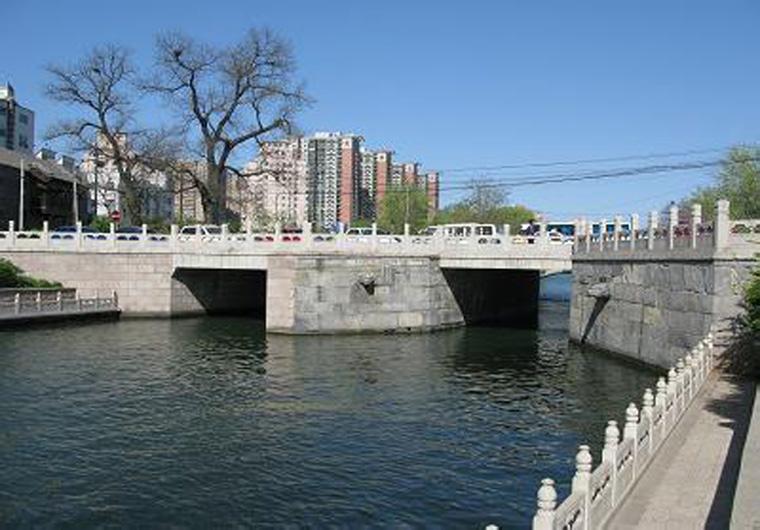 
Being founded in Yuan Dynasty (1289 A.D.), the Guangyuan Water Gate is one part of the diversion works taken charge by Mr. Guo shoujing, a famous irrigation expert in Yuan Dynasty. This project is 3 years earlier than another irrigation project, named Baifu Water Project that also presided by Mr. Guo. 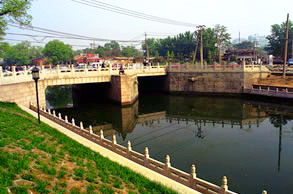 The entire Guangyuan Water Gate consists of the base part, the gate and the lock wall. In the two ends of the lock wall, two white-marble-carved beasts were mounted (Note: According to the Chinese folk tradition, such beasts, usually lions, tigers and dragons, can fight against the evil and protect people from diseases and disaster. Most of them hold their heads high with their eye opening round and look scared but lifelike). In history, the bridge of Guangyuan Water Gate was once acclaimed to be "the No.1 water gate of Chang River", possessing the functions of water gate, water transferring, dock as well as some other use.

Being 3 years older than the Gaoliang Bridge, the Bridge of Guangyuan Water Gate had been the main section of controlling the water level of the Chang River since the Yuan Dynasty. When the gate was close, the east part of the river would have very shallow water --- only about 30 cm; but when it opened, it is no problem for the Emperor's dragon boat to sail on the river. 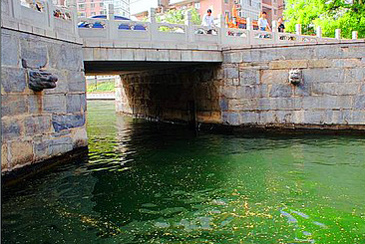 Generally, in addition, the government usually sailed grain victualers via the Huitong River. Nevertheless, if there was a draught, it would be a big problem to sail on it. Meeting such situation, appointed officials would be sent by the Emperor to the Temple of King of Dragon (also called Zijin Temple) to holed grand ceremonies and offered sacrifices to the God of Water, praying the good luck. And only would they open the water gate after the ceremony, believing that everything would be blessed by the God of Water.