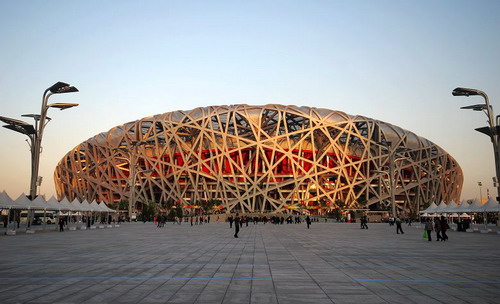 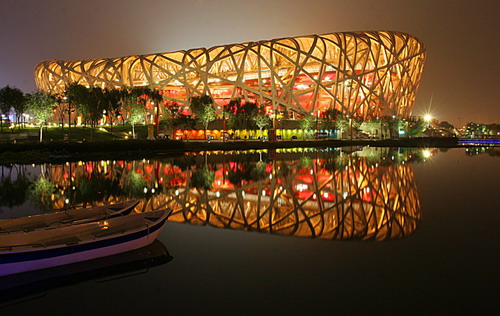 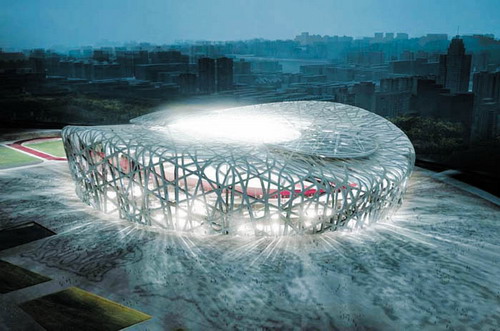 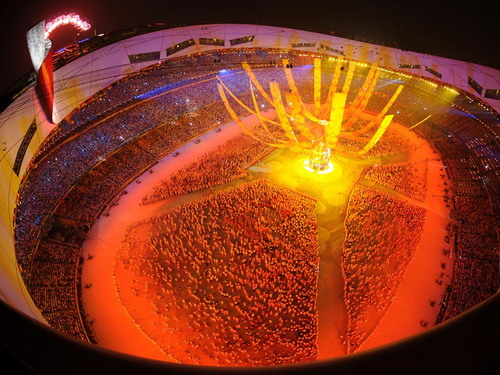 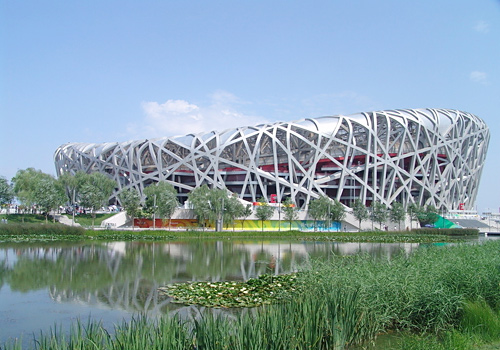 The Beijing National Stadium, or Bird’s Nest for its shape, is the main Olympic stadium as one of the landmarks of the Beijing 2008 summer Olympic Games. With the Water Cube (in square) in the opposite, the Bird’s Nest (in round) reflects a traditional Chinese philosophy that the sky is round and the ground is square (天圆地方), which serves as the basic regimen in Chinese culture that the achievement and completion are based on the formulated rules.

During the 2008 Beijing Olympic Games, as the main stadium, the Bird’s Nest is the site for both the opening and closing ceremonies, the track and field events and football finals; moreover, it had witnessed a series of magnificent performances of records breaking.

Located on a slowly rising base, the north flank of the Bird’s Nest is the warm-up area for athletes, and the underground area of the rising base is the complicated appendage of the stadium offering rational entering ways for different populations. On the rising base, there are seven storeys equip with spectator service facilities, media area and VIP area; under the base are three storeys for the interior paths, parking lot and a larger number of functional rooms; and the bowl-shape stand inside the stadium are divided into the upper, central and lower storeys, between the central and lower of which are some VIP boxes. 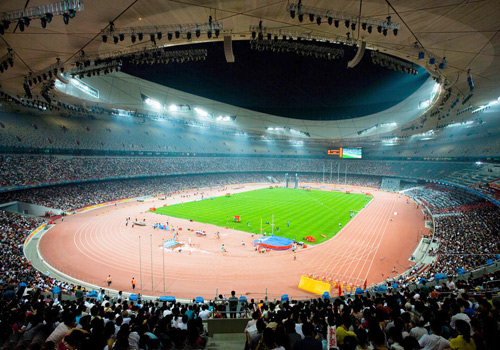 Composed of a suite of steel trusses embracing the bowl-shape seating area, the original external form of the National Stadium as a bird’s nest is unique and artistic providing a very strong visual impact and full embodies the beauty of the harmony between the nature and architecture. Have adopted advanced design techniques in energy saving and environmental protection, the Beijing National Stadium is favorable in natural ventilation, natural lighting, the recovery of rainwater, the utilization of reproducible geothermal energy resources, and the application of solar photovoltaic power generation, which make the Bird’s Nest a Green Building in reality as well in name.