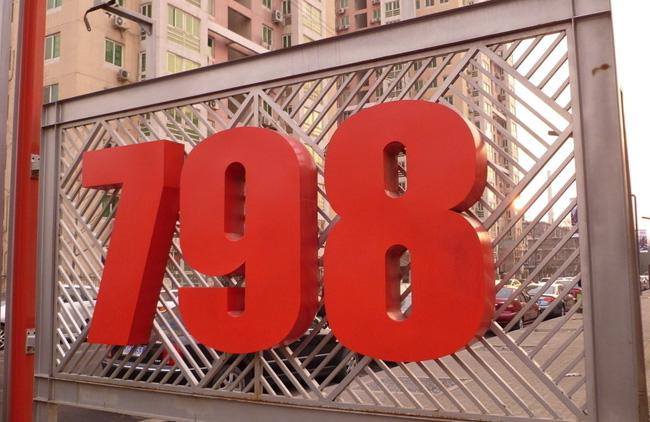 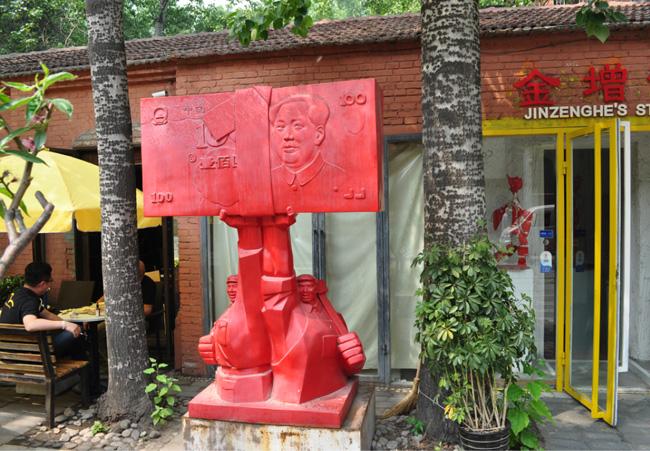 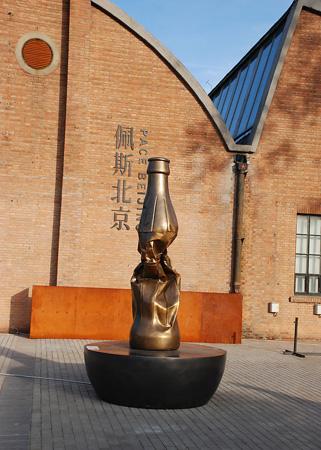 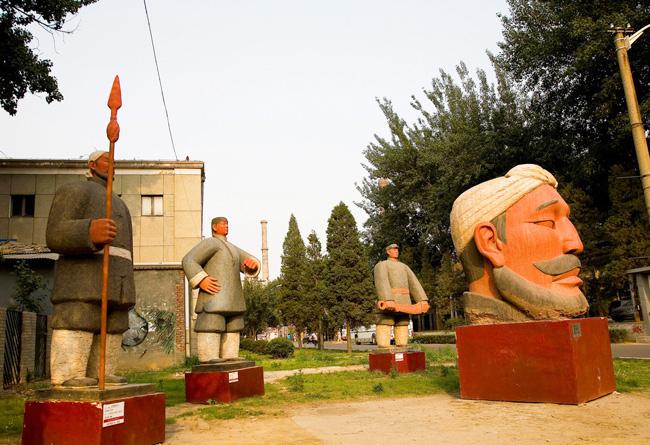 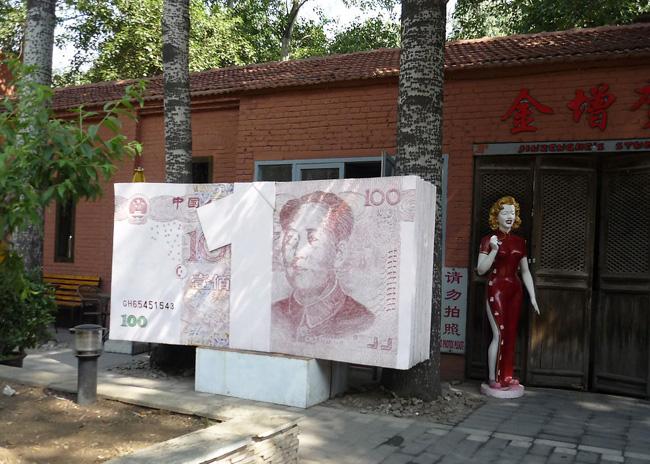 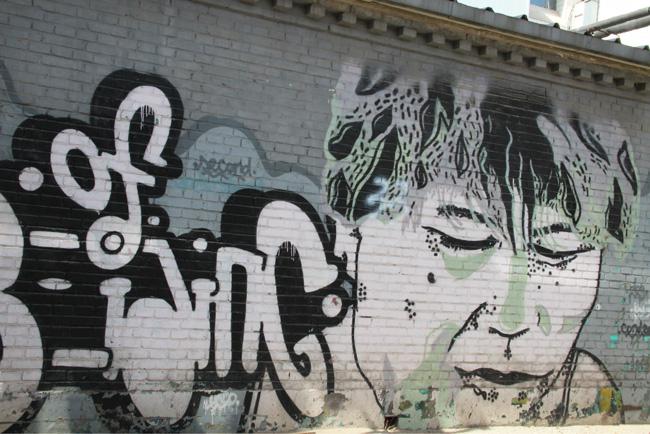 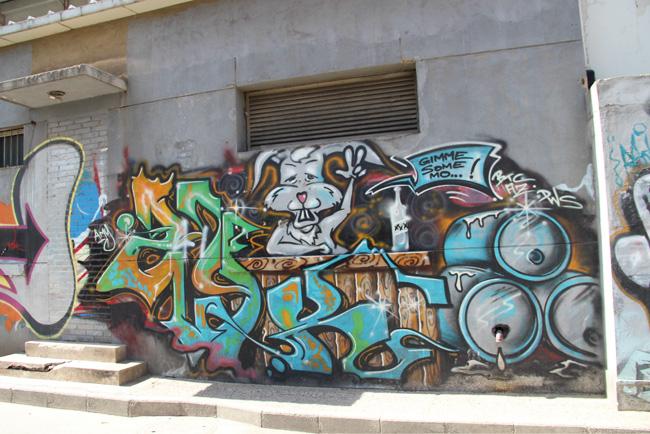 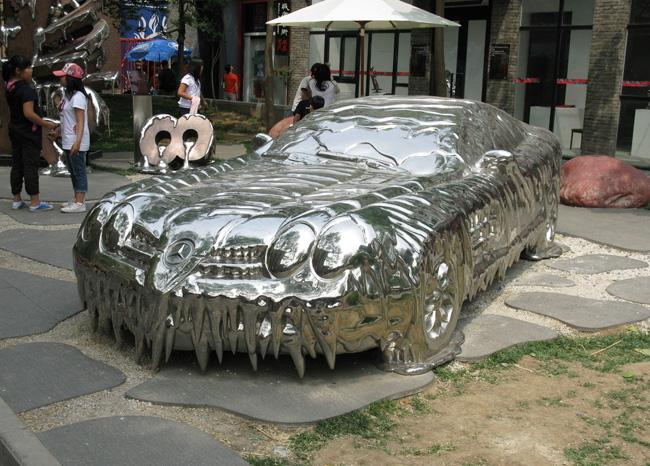 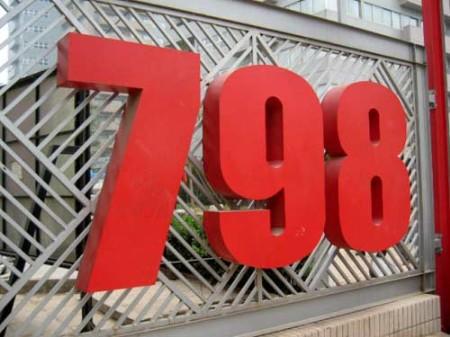 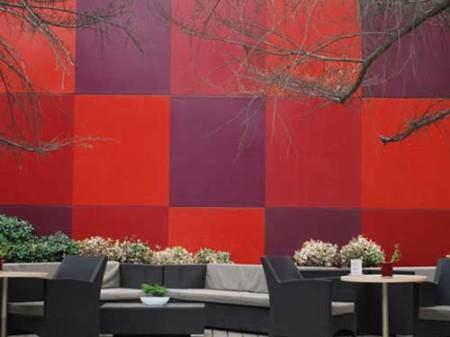 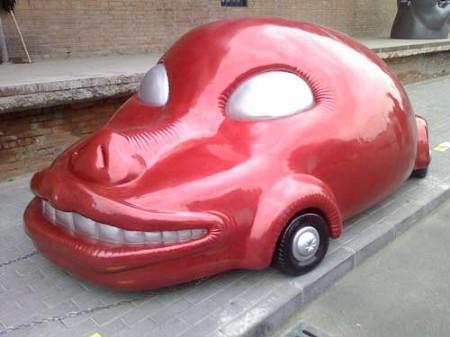 A head-like model car in the Zone

In 2006, Beijing 798 Art Zone was listed respectively as one of the first concentrations of cultural creative industry by Beijing Civic and Chaoyang District Government, also named as "Beijing 798 Art Zone Cultural Creative Industrial Base of Zhong Guan Cun Electronic City" by Zhong Guan Cun management committee. The atmosphere as a "creative zone, cultural park" is forming, In order to boost the prosperity and development of 798 Art Zone, Chaoyang District Government and Seven Star group co-founded the Beijing 798 Art Zone Development and Administration office, with the principle of "coordination, service, introduction, management", to boost the development of contemporary art and culture creative industry in art zone. 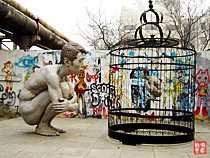 Statue opus in the Zone: A man who looks at another "him" inside the cage

In the future, the 798 office will attract more famous artists and art organizations from home and abroad according to the instruction policy of "protection, exploration, stability, development", to build Beijing 798 Art Zone as the center of the exhibition and trade of culture and art, as the most unique and influential cultural creative industry basement in Beijing and the worldwide cultural creative industry park.

What to Enjoy in the Beijing 798 Art Zone?
Centennial Impression Photograph Gallery (China): This gallery collects both traditional and modern photos, most of which are developed and made by the boss Mr. Chen Guangjun. Notably, some opuses can rarely be seen but here.

798 Space (China): There, space is for renting for press conferences, Fashion Collection and some other activities. Distinctively, the roof is saw-toothed structure, which is called Bauhaus and was designed and supervised by the Eastern Germen 50 years ago. Nevertheless, this construction style is rare in Germany nowadays.

Tokyo Art Work, Beijing (Japan): It is the first gallery in the 798 Art Zone, with the theme of contemporary art. 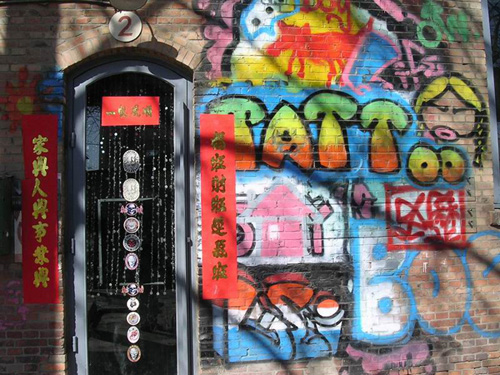 AT CAFé (China): Run by Mr. Huang Rui, who says his café's feature is Italian coffee "that is much tastier than Starbuck". Besides, its pizza and sandwich are quite delicious. And it is special that this building has an outside of factory style.

12500 Kilometers Long March culture Communication Center (China): This center records all of the famous artist Mr. Lu Jie's early activity, including his leading many artists to communicate with local artists along the route of the 12500 Kilometers Long March. And now, they have almost finished the entire route. If you are interested in folk art, it would be a good place to go. Traditional folk art such as Paper-cut opuses, which are made by the noted paper-cut artist Ms. Gao Fenglian who comes from Shanxi Province, can be seen there.

Beijing Season Café (VINCENT CAFé, France): A family small bar that is worth your visit most. The French boss Mr. Vincent worked as general manager at a famous French restaurant in Beijing before he opened his own café. At the age of 15, he began to learn cooking and management in Paris. In this café, people can get a good chance to have a taste of French fried pancakes, with meat, vegetable, ice cream or fruits. Another feature there is a kind of drink called SHOOTER mixed by three alcohols. Vincent is an interesting man and he wants to tell those who want to go his café: We can only live once, so we must try to be happy everyday.

Tips: There are much more waiting for your exploration in 798 Art Zone, only can people closely touch them as long as they were there. And once there, people will be embraced and attracted deeply by the artistic atmosphere.