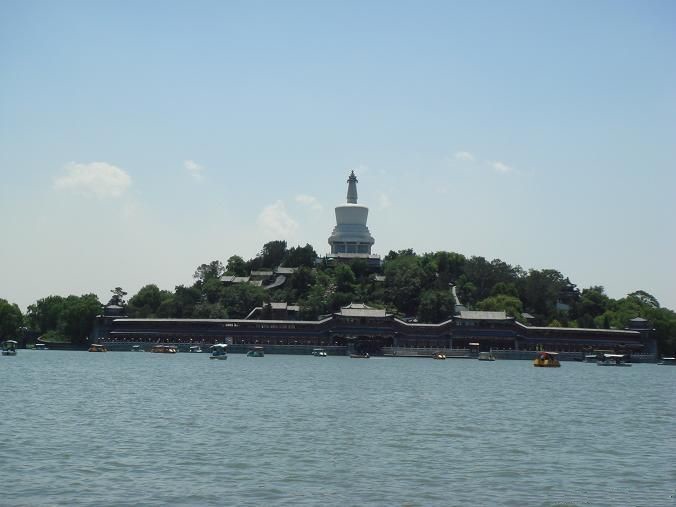 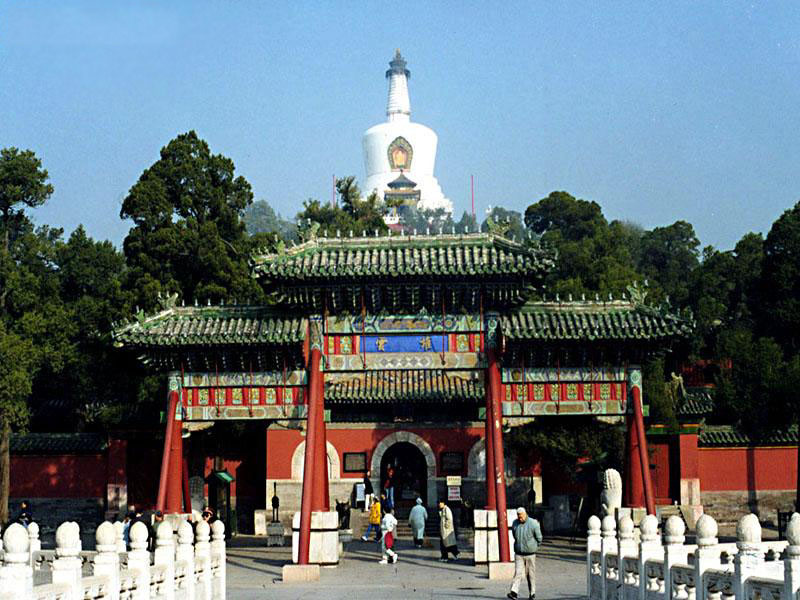 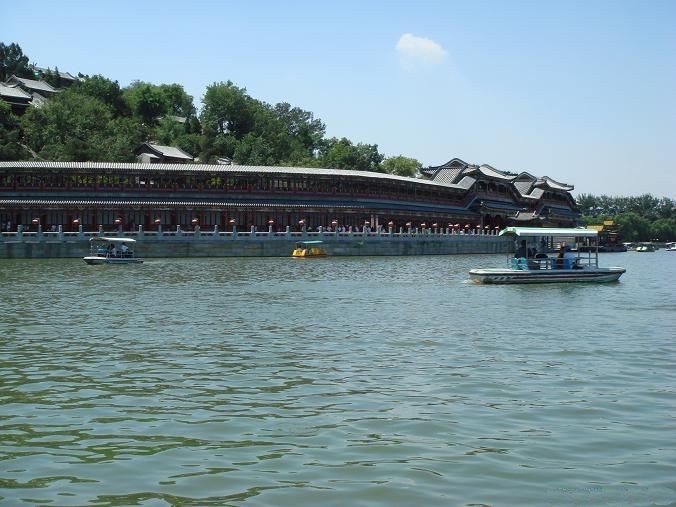 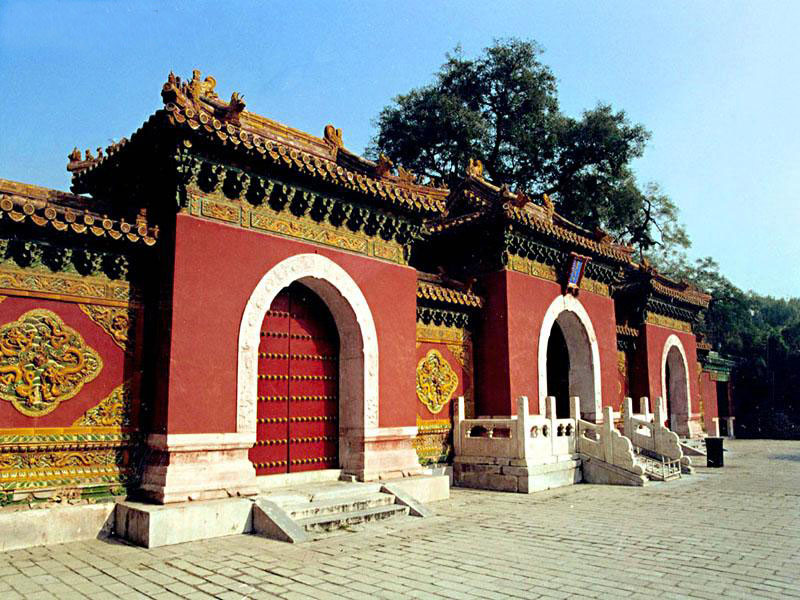 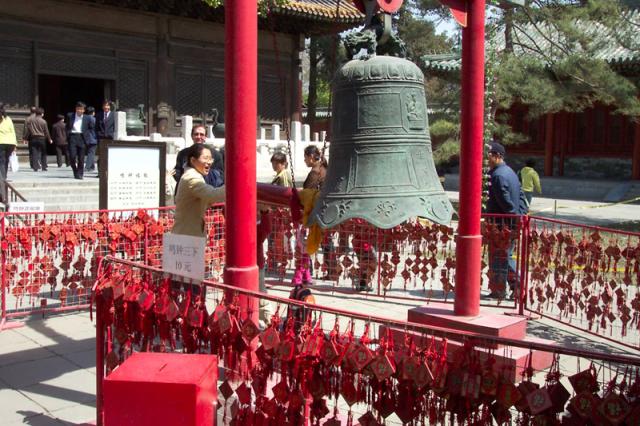 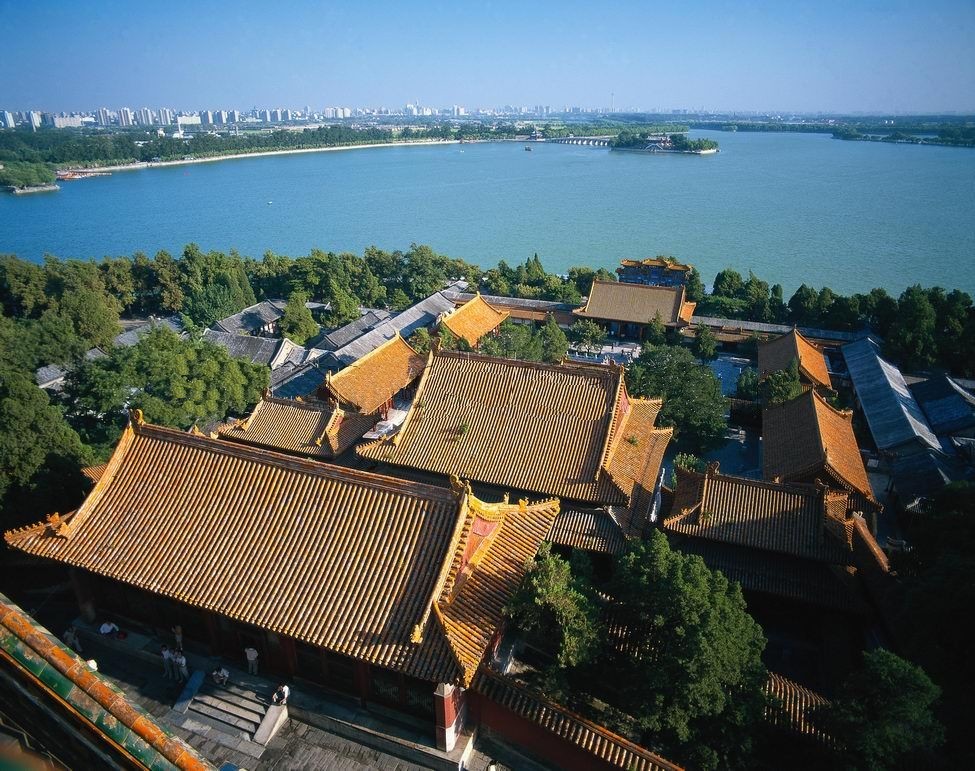 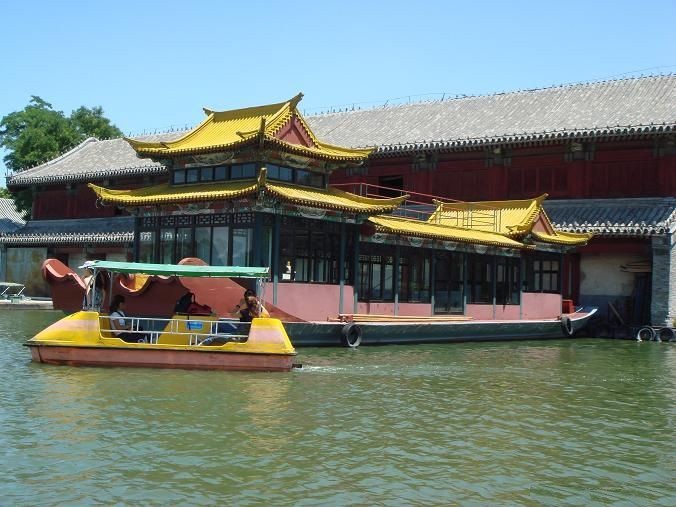 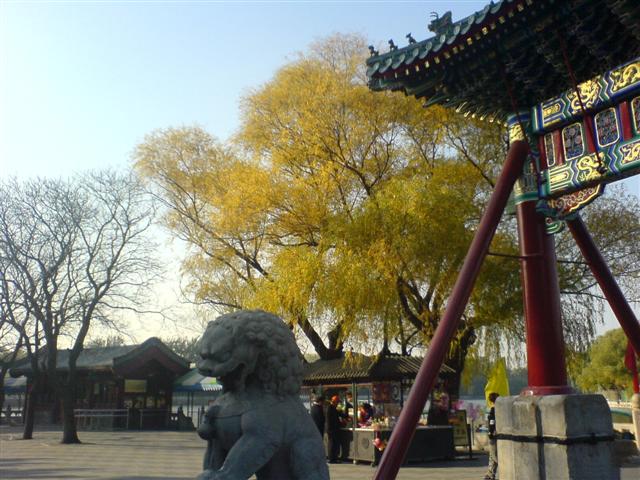 Travel tips:
1. Both Chinese and English-speaking guides are available (including at weekend and holidays), but reservation of guides should be made one day in advance;
2. The service time of guides beginning from 09:00 and stops at 16:00.

With a history of almost one thousand years, the Beihai Park located in the center of Beijing City is one of the oldest and well-preserved imperial gardens existing in China at present.

The original construction of Beihai Park can be traced back to Liao Dynasty (907-1125). Base on that, the Taining Palace was built in1179 during the Liao Dynasty (907-1125). In 1267, Kublai (1215-1294), the founder of Jin Dynasty (1271-1368), decided to construct the capital city Dadu (in Beijing today) centering on the Qionghua Island, which made the island and its surrounding lake a part of the imperial city of Jin and afterwards became the "Western Garden" of the imperial family of Ming Dynasty (1368-1644); meanwhile, the Ming also expanded the water area southwards and formed the distribution of the "Three Seas".

After exclusive to imperial families for some ten centuries, this imperial garden was finally opened to the public as a park, which is known as Beihai Park under national protection today.

What to visit at Beihai Park?

Comprising about 390,000 m2 water area and 320,000 m2 land area, Beihai Park centers on the Beihai Lake is made up of four sightseeing areas, namely, the North Shore, the East Shore, the Qiongdao Island, and the Circular City. 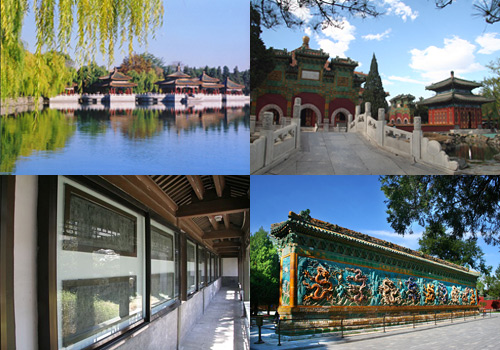 This pavilion was built from 1768 to 1770 ordered by the Emperor Qianlong of Qing Dynasty (1644-1911) for offering birthday congratulations and praying for his mother, Empress Dowager Xiaosheng. With an area of 1200 m2topping among all the square pavilions in China, it was exquisitely decorated with the handwriting of the emperor.

It is a screen wall carved during Yuan Dynasty (1271-1368) from a neutral volcanic block, 3.56 meters in length and 1.89 meters in height. The block appears to be the color of iron, hence the name. This wall was placed at an old temple at the very beginning but was moved to the Desheng Temple inside the Desheng Gate. In 1947 the screen was transferred to Beihai Park and its base was not founded and combined with the body again until 1986.

5.96 meters in height, 1.6 meters in thickness and 25.52 meters in length, this screen wall made in 1756 was at first a part of an old temple. Both sides of the wall were paved with colored glazes, on which there are 635 dragons in total. Among the existing three ancient nine dragons screen walls in China, it is this one that has dragons on both sides.

Also called "Great Western Paradise", it is one of the best-known zones of Beihai Park, neighboring the Jingxin Study and the Great Yuanjingzhi Hall. The original one built in 1756 had been burnt down in a fire in 1919; after Beihai Park was opened in 1925 the site was used as a public stadium; in 180s, it re re-constructed and opened to the public.

It was a common structure before Emperor Qianlong of Qing Dynasty (1644-1911) decided to make it the studying room of the crown prince in 1757. There is also pavilion, tea-leaves baking room, painting room, stone bridge as well some other structures here.

It was built in 1775 with two halls in its courtyard. The structures was connected by painted verandas, on the eastern and western sides of which over 100 pieces of handwritings of 20 calligrapher living between the forth to the fourteenth century are showed. 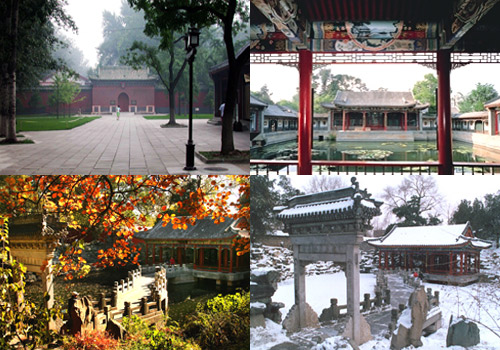 This is a lesser garden inside Beihai Park and was also a leisure area of empeors and queens. Emperor Qianlong once feted his officials at this garden.

This site centers on a boat-like structure, with some other attached complex around. It is an independent courtyard where Emperor Qianlong, Emperor Guangxv and Empress Dowager Cixi had ever accessed.

Constructed in 1742 with an area of 17,000 m2, this place is where queens and imperial concubines offered sacrifices to the God of Silkworm, praying for good harvest. It is among the most famous nine ancient altars in Beijing as well as one that is well-preserved. 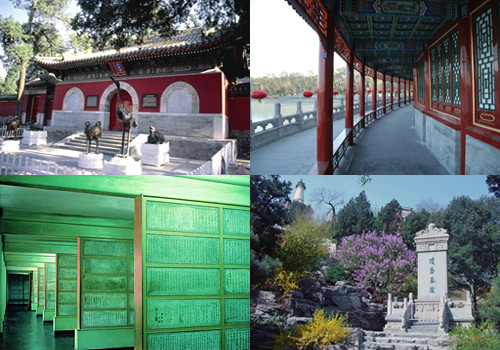 It is the ligament connecting the Qiongdao Island and the Circular City; at both ends of the bridge there are an archway respectively.

This temple was constructed in 1651 at the southern foot of the Mt. White Tower, ordered by Emperor Shunzhi upon the request of the Lama of Tibet. There are six main buildings and one white tower here, with the Zhengjue Temple as the entrance of the mountain. At the eighteenth century, several other complexes were added near the temple.

Set up in 1751 with Emperor Qianlong's handwriting and poem, it is one of the "Eight Famous Landscapes" in Beijing during Jin Dynasty (1115-1234).

The vertical view of the building looks like an oval structure, but in fact it comprising two semi-circle parts. On the walls inside the building inlay 495 pieces of ancient stone carvings.

This is a 6.6-meter-high bronze male statue standing at a carved white marble pillar, lifting a plate over his head. According to records, Emperor Hanwudi of Western Han Dynasty (206BC-24AD) once placed a bronze male statue who lifted a plate over his head at the palace, which was believed the dews gathering in the plate was beneficial for immortality. However, Emperor Qianlong of Qing Dynasty (1644-1911) erected this statue here not for collecting dews but for ornamenting.

The hall was constructed in 1751 at the Half Moon City, with five archways scattering around. 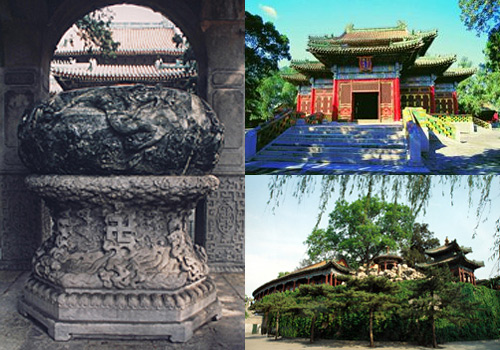 This is a small island in the middle of the Taiye Pool. It was once part of the Daning Palace of Jin Dynasty (1115-1234), with a circular 4.6-meter-high "city wall" protecting the island. The island has an area of 4500 m2 only, but the palaces and temples on it were magnificent.

The hall is the main structure of Circular City. It was first named Yitian Hall in Yuan Dynasty (1271-1368) and was rebuilt with its current name in 1690.

Made in 1265, the urn is also called "Du Shan Da Yu Hai 渎山大玉海", with a oval mouth, 0.7 meter in height, 3500 kg in weight. The surface of it is carved with life-like sea animals. It was placed at Guanghan Hall in Yuan Dynasty (1271-1368) but got lost after the hall collapsed in Ming Dynasty (1368-1644). Dramatically, it came into people's sight once again in 1745 and Emperor Qianlong ordered to buy out it, constructing a pavilion for storing the urn.

This is a Chinese pine said to be planted over 800 years ago. It has grown up over 20 meters today. It earned fame for once being the shelter of Emperor Qianlong on a hot summer day.

This is not a people but a Pinus bungeana (white-cortexed pine) said to be planted in Jin Dynasty (1115-1234). It was titled the name by Emperor Qianlong.