Located in the northernmost of Henan Province, sitting at the joint of three provinces Shanxi, Hebei and Henan, Anyang, also known as Yin or Ye in ancient dynasties, just leans on the lofty Taihang Mountain in the west and stretches to the vast expanse of North China Plain in the east. The city now takes over one city, four county, five districts, three development zones and nine industry cluster district. With a history of more than 3300 years, the famous historic and cultural city of Anyang was once a center of early Chinese civilization, one of China’s eight ancient capital cities, home of oracle bone inscriptions, and also a Chinese outstanding tourism city, a nationally designated garden city and the city of China’s air sports. 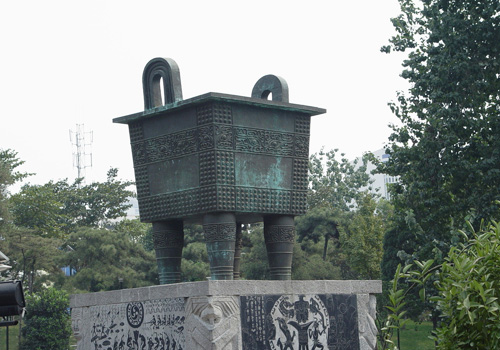 About 14th century B.C., the king of Shang Dynasty (16th -11th century B.C.) Pan Geng moved the capital from Qufu (of Shandong Province) to Yin (in today’s Anyang) and held power until the dynasty perished. It is the earliest capital that be confirmed in China. The name of Anyang began in late Warring States (476 - 221 B.C.) when the First Emperor of Qin unified China and set up Anyang County. Though the name was changed to be Xiangzhou from 401 by North Wei Dynasty (368 - 534) and late to be Zhangde from 1192 by Jin Dynasty (1115 - 1234), Anyang County regained its name in 1913, and established as Anyang City in 1949. Being a capital of seven dynasties with a city history of over 3300 years, Anyang is the center of early Chinese civilizations. It is the home of earliest Chinese character, oracle bones inscriptions, the headstream of the Book of Changes, the location of China’s Character Museum, the spirit of Red Flag Canal, and the Gao Mausoleum of Cao (155-220), the Emperor Wu of Wei. Further more, the city of Anyang is the localities of many a famous historical events. 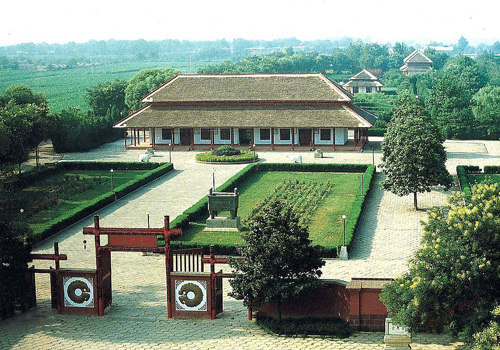 With its important role in Chinese history, Anyang boasts a lot of valuable historical and cultural relics. Here visitors can find the world heritage site, the Yin Dynasty ruins and it’s a series unearthed cultural articles. It is the excavated location of Chinese earliest character, oracle bones inscriptions, and the largest bronze ware in the world, the Houmuwu Ting (an ancient cooking vessel made in late Shang Dynasty). Serving as a Chinese outstanding tourism city, Anyang is proud of its historic heritages, and at the same time, strives to become better and develop in other industries; it is now a nationally designated garden city and the city of Chinese air sports.