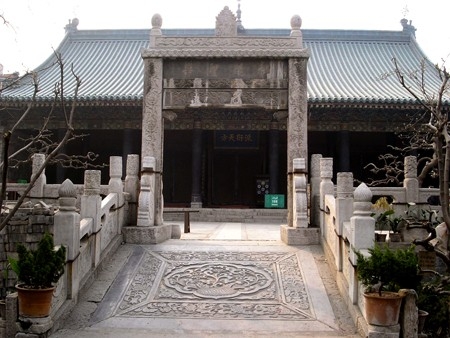 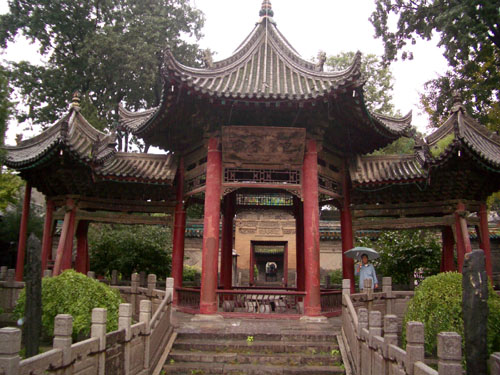 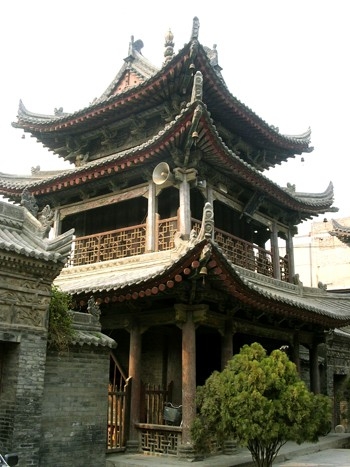 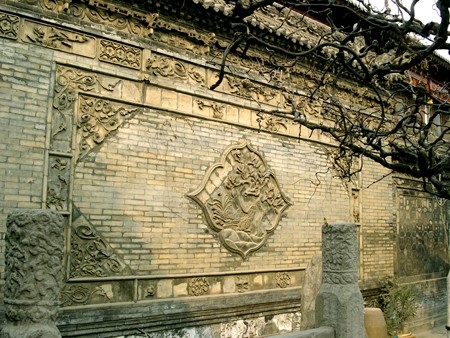 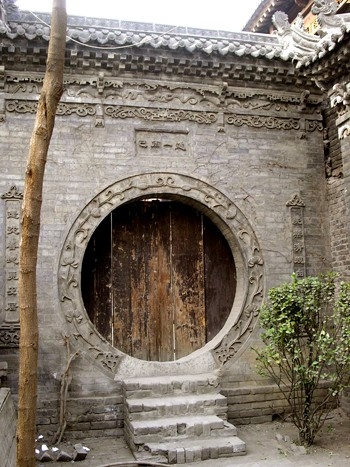 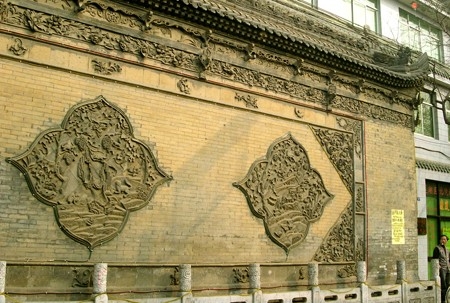 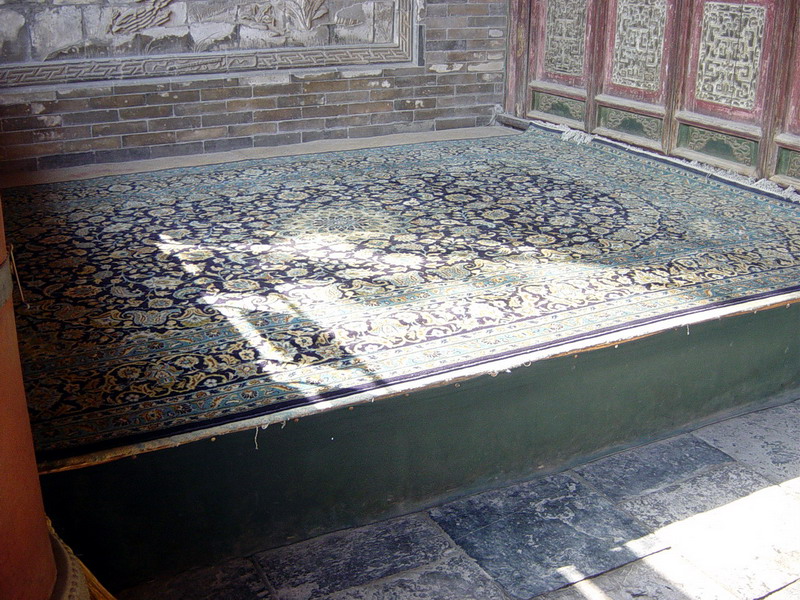 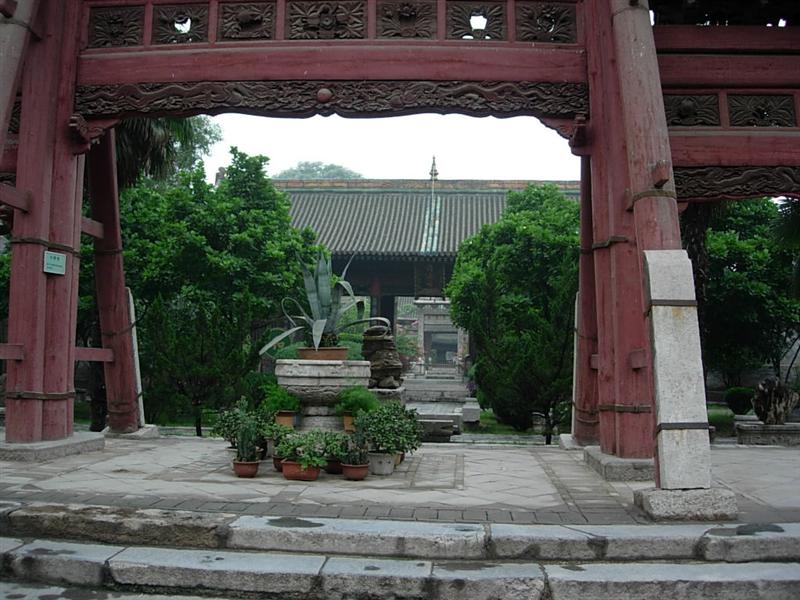 
Chinese name: 大清真寺
Location: Huajue Alley, West Street, Xi'an City, Shaanxi Province
Entrance fee: 12 Yuan / person
Opening time: 08:00 – 19:00
How to get there: There are few buses reaching the Great Mosque directly. Travelers can take a bus to the stop of Gu Lou (鼓楼) first, and then walk to the mosque (less than 1 km).

Brief Introduction to the Great Mosque

Located less than 1 km northwest to the Drum Tower, the Great Mosque is the most famous among the 14 mosques of Xi'an as well as one of the oldest and largest ones of China. It is also known as the Great East Mosque because of its large scale and location east of another mosque on the Dajue Alley of the City.

The mosque was recorded to be first completed in 742 (Tang Dynasty), and repaired and expanded in the following dynasties. Most of the existing structures were constructed in Ming (1368-1644) and Qing (1644-1911) dynasties, which formed its final layout. 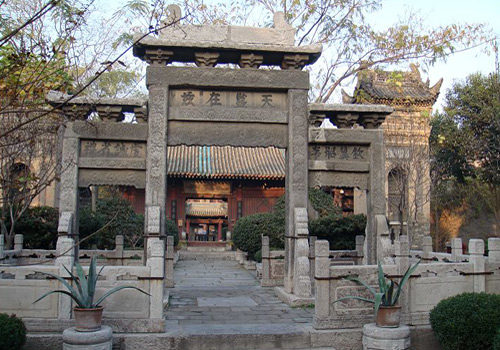 Nowadays not only is the Great Mosque the place for Moslems to worship but also an important mosque that state leaders from Arab countries would visit. The mosque also keeps some historic relics such as the handwritings of Mi Fu and Dong Qichang (two renowned calligraphers in ancient China) and Arabic and Persian stone steles.

The Four Courtyards of the Xi'an Great Mosque

Covering some 13,000 square meters, the Great Mosque of Xi'an comprises four main courtyards of typical traditional Chinese arrangement, which vividly distinguishes from most Islamic mosques and made it on the list of Islamic Cultural Relics by the UNESCO.

The First Courtyard features a 9-meter-high wooden memorial archway that stands opposite the brick-carved wall. The archway is made up of a main gate and two smaller side gates which are painted red with exquisite carvings and supported by several red wooden pillars. Together with the pillars, its green glaze-tiled roofs with upwarping eave angles show the feature of Chinese classical structure. Built at the beginning of the 17th century, this gate and its 6 wing-rooms with ancient furniture still welcome visitors there with ancient furniture. 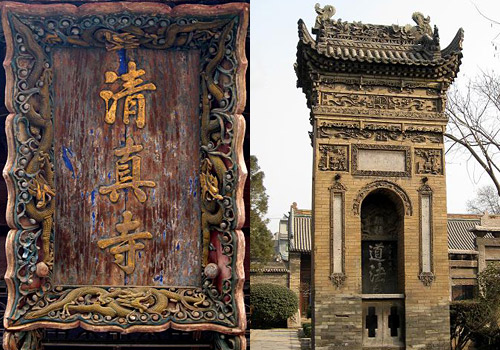 Entering the Wujian Building on which the Chinese name of the mosque is written, visitors will see an erect stone archway surrounded by stone-carved railing in the middle of the second courtyard of the mosque. Behind it there are two stone carving with the sign of dragon – one inscribed in about 1605 (Ming Dynasty) and the other inscribed in about 1743(Qing Dynasty). 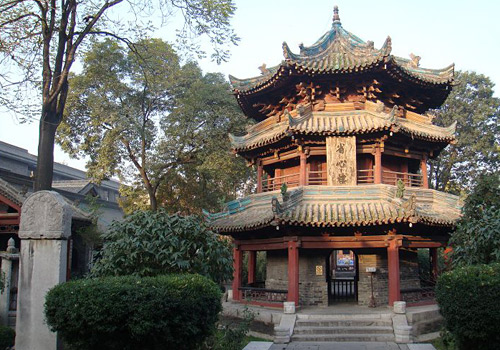 The hall of the third courtyard was granted by the emperor. In the middle of the courtyard is the Shengxin Pavilion, which is an eight-squared wood-and-brick construction, the faded color of which tells that it has been standing in wind and rain there for a long time. Without exception, palaces and scripture halls where Arabic and Chinese "The Koran" and some treasured calligraphies and paintings are preserved. 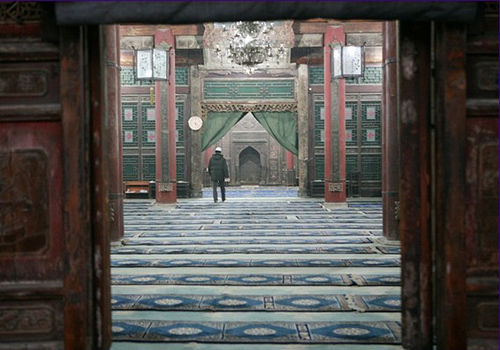 The innermost courtyard is designed with the Yizhen Pavilion (aka Phoenix Pavilion) as the center, equipped with wing-halls, tablet inscriptions, two pavilions for housing steles, and a crabapple-flower-shaped fountain. Stepping into the stone gate and standing on the platform, visitors can catch sight of a 1300-square-meter hall with more than 600 colored paintings that can hold over people to worship at a time.

Tours including The Great Mosque