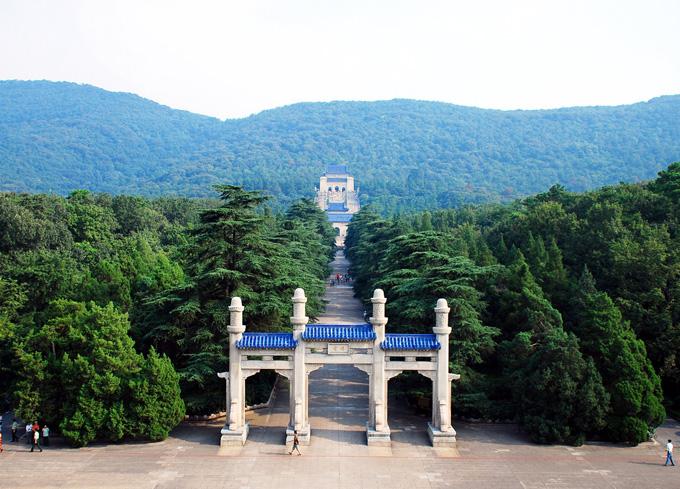 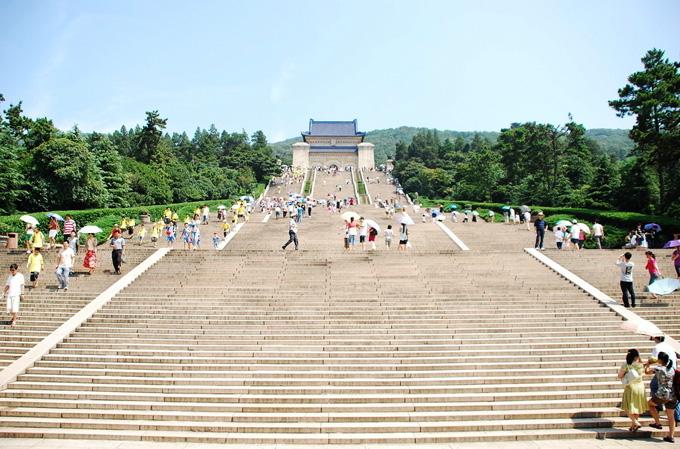 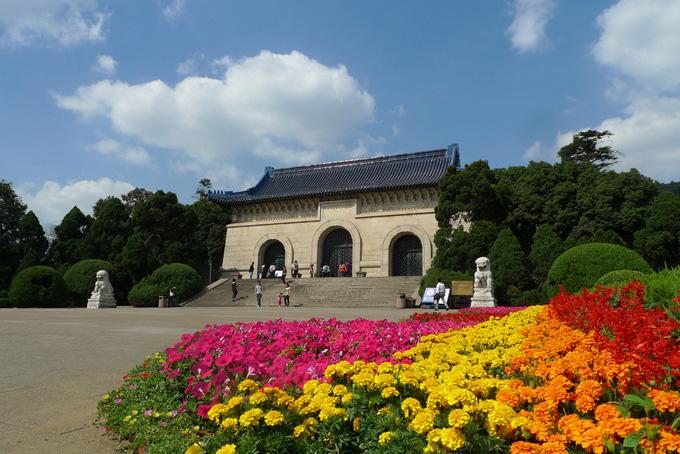 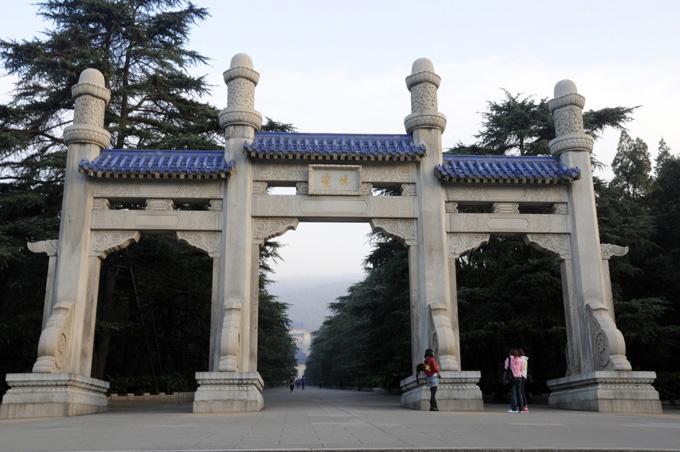 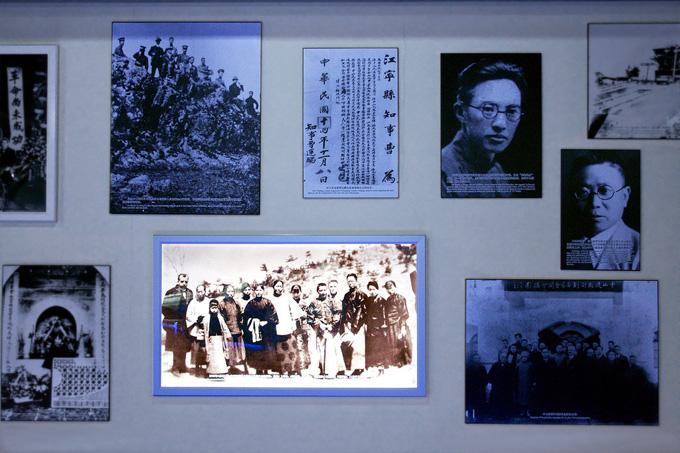 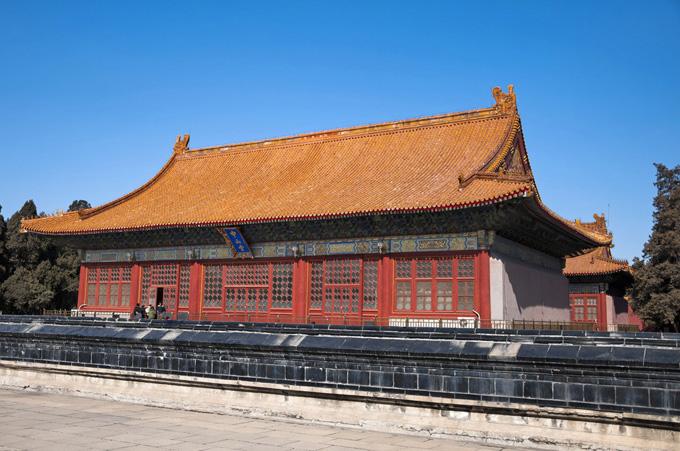 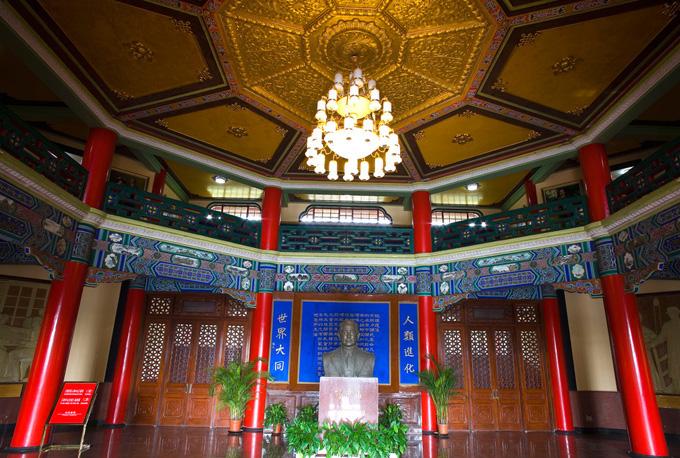 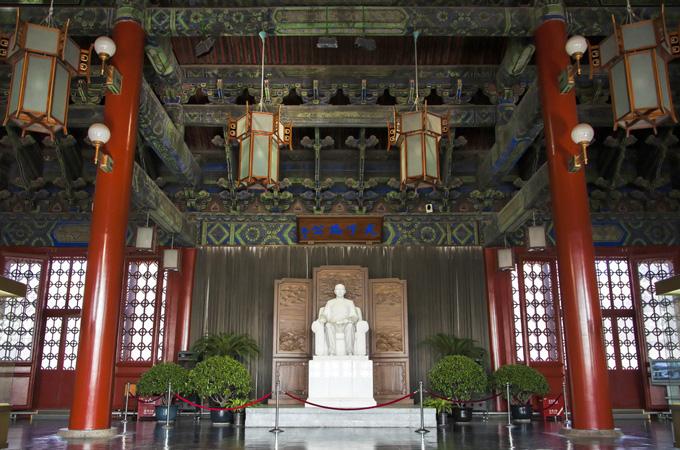 Covering an area of more than 80,000 square meters, Dr. Sun Yat-sen's Mausoleum, which is regarded as "the greatest mausoleum in modern architectural history of China", is the mausoleum of Dr. Sun Yat-sen (1866-1925), the great forerunner of the Chinese democratic revolution. It is Dr. Sun that ended the 2000-year-old feudal monarchy system of China and started the Chinese democratic revolution.

The construction of Dr. Sun Yat-sen's Mausoleum started in 1926 and completed in 1929. In 1961, the mausoleum was approved to be one of the important historic sites under national protection. With important historical significance, magnificent architecture and beautiful scenery, it has been being one of the most famous tourist destinations in Nanjing City. 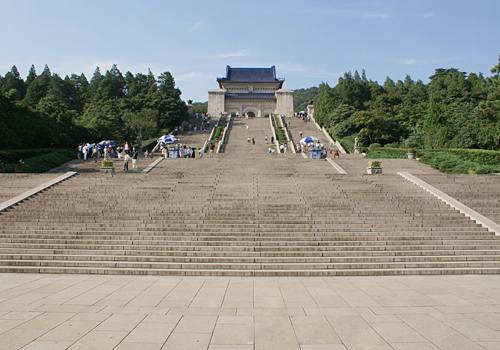 Walking along the marble road, visitors will arrive at half-moon square in the south of the Mausoleum. It is understated and modest, while endowing grandeur to the Mausoleum.

At the entrance of the mausoleum, there is a great granite archway on which two golden Chinese characters "博爱"(Bo Ai), meaning "universal love", are written. 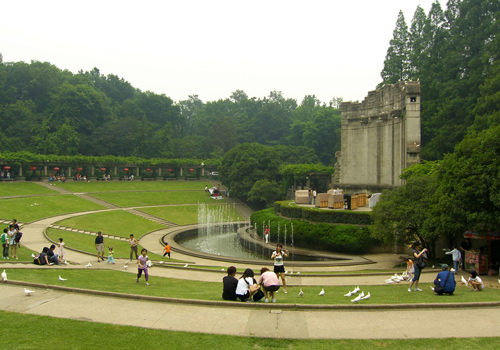 Walking through the archway, there is a passage-way of 375 meters long and 40 meters wide. At the end of passage-way stands the doorway of the mausoleum and on the lintel of it is written four Chinese characters "天下为公 (Tian Xia Wei Gong)", literally "Justice for all the people". These four inscribed characters were written by Dr. Sun Yat-sen himself, which fully explains what he struggled for during his life.

Climbing the stairs upward, the Memorial Hall is the next encounter. It is the highest and central place of the mausoleum. Being 30 meters long, 25 meters wide and 29 meters high, the hall is the Mausoleum's main construction combining both Chinese and western architectures. At the southern part of the hall there are three arch-gates on the lintel of which are respectively inscribed "民族 (nationalism)", "民权(democracy)" and "民生 (people's livelihood)". Entering the hall, a 5.6-meter-high stone statue of Dr. Sun Yat-sen, who wears a long gown with an open book on his lap, sits in the center. At the foot of the statue six embossments vividly show Dr. Sun Yat-sen's glorious revolution in China.

Dr. Sun Yat-sen's tomb lies behind the Memorial Hall. The whole mausoleum is a hemispherical in shape and the marble coffin of Dr. Sun Yat-sen is set in the center of the chamber. His statue rests atop the coffin. 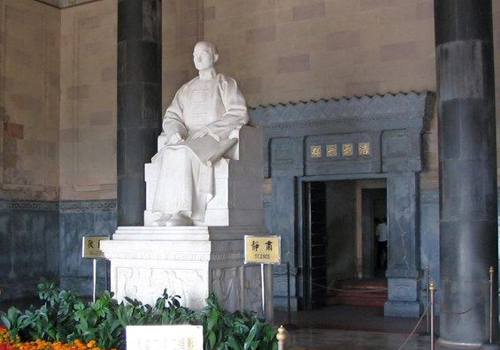 Other Attractions of Dr. Sun Yat-sen

Around the mausoleum there are also many other memorial constructions such as the Open-air Music Hall, Waxwork Home of Democratic Revolution, Liuhui Pavilion, Xingjian Pavilion and so on.