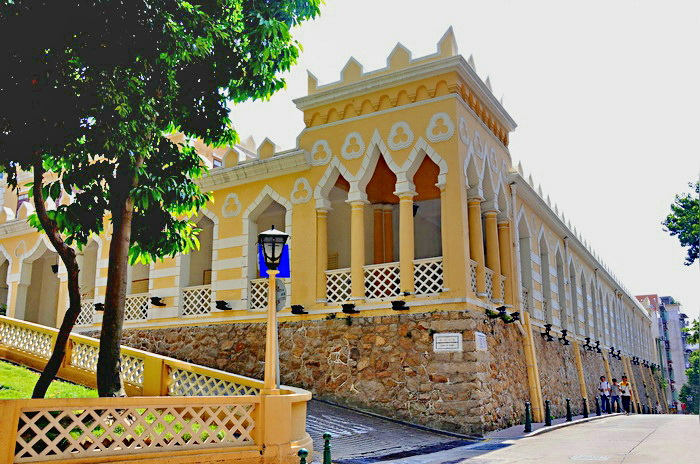 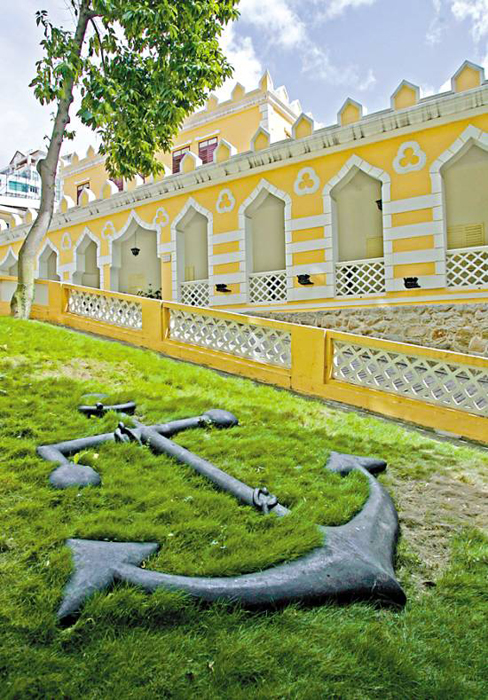 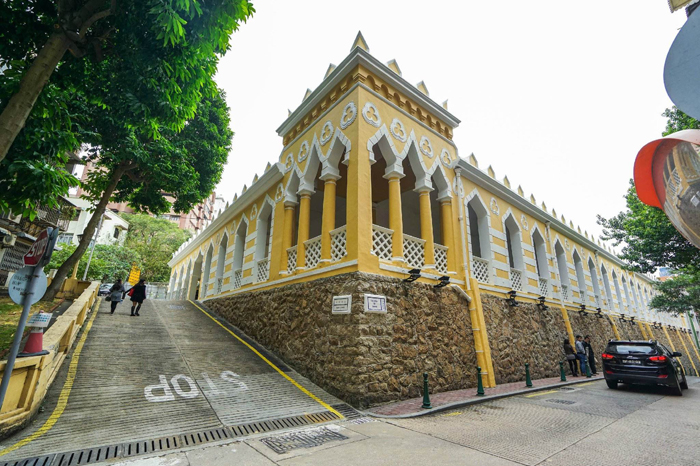 Moorish Barracks, the only Arabian-style building in Macau

The Moorish Barracks was originally the barracks of Indian soldiers appointed from Goa to Macau. The building itself is an architectural masterpiece. Instead of a European style frequently seen in the Avenida de Almeida Ribeiro, the building shows a blending of Arabian and Gothic architectural styles, the former obviously dominating. It has been the office building of Macau Port Authority since the 19th century. The Italian Cassuto was the chosen architect for this superb building. The long veranda is most appealing part of the building showing an Islamic color with its refreshing columns and windows. Dozens of ivory yellow pillars lead the eyes from floral barriers to the pointed arches set between columns. It is a designated part of Historic Center of Macau, inscribed on the World Heritage List in 2005. 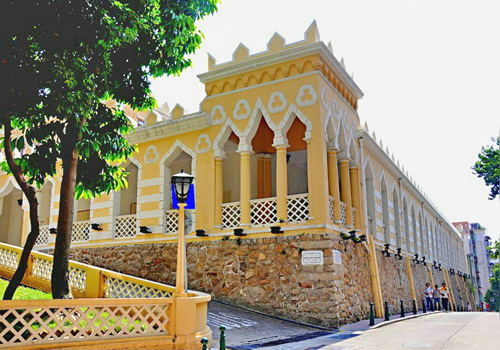 Located on a slope of Barra Hill, the building is a brick and stone structure. The design elements of Arabian and Gothic architecture are embedded within, such as pointed arches and lattice windows. It measures 67.5 meters long and 37 meters wide. Standing on a granite platform above the street, it is two-floor in the middle and the rest part of it one-floor. The building is enclosed by a four-meter-wide veranda on three sides. The winding veranda supported by pillars with pointed arches offers walkers the opportunity to enjoy outside sceneries and adds beauty to the whole building. With the exception of the granite pedestals on the street level, the whole building is painted light yellow and picked out with white floral patterns, emitting a sense of beauty and elegance.

The Moorish Barracks was first built in 1874 to accommodate Indians soldiers assigned to Macau. In 1905, it was turned into the headquarters f Macau Port Authority. As it is located by the side of Barra Port, it also provides typhoon signals for dwellers and fishermen.