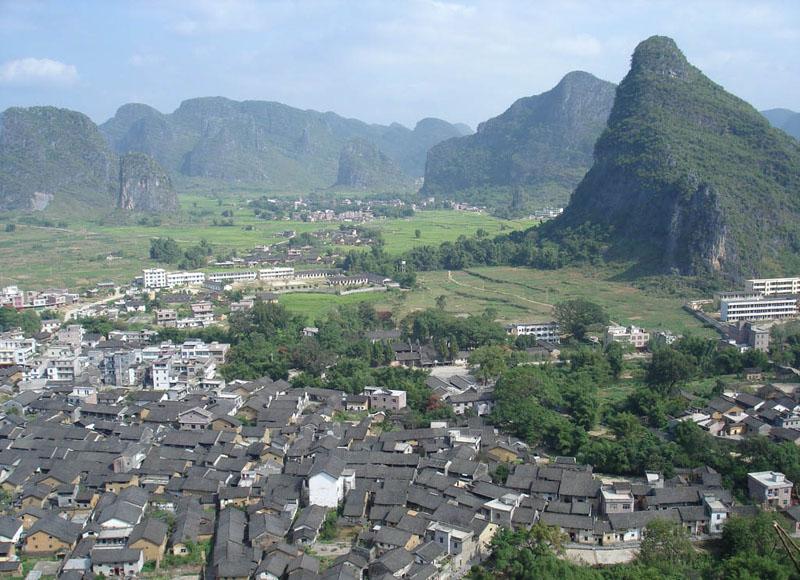 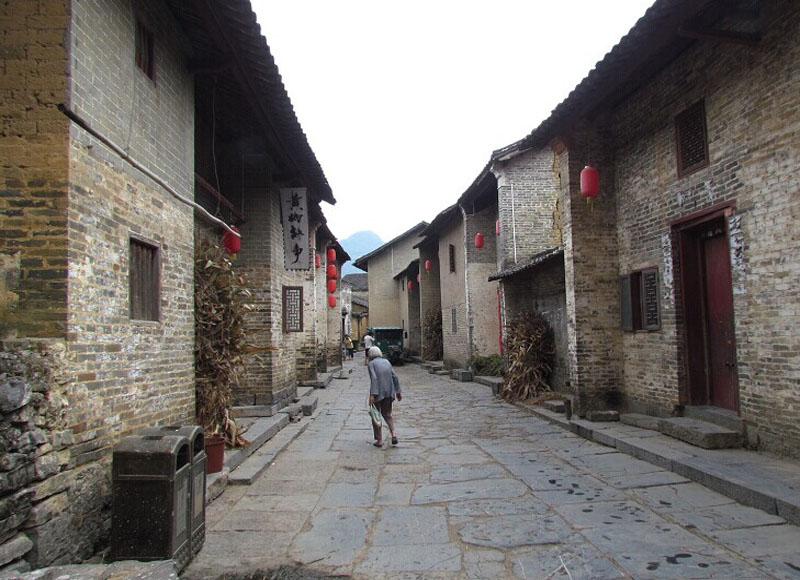 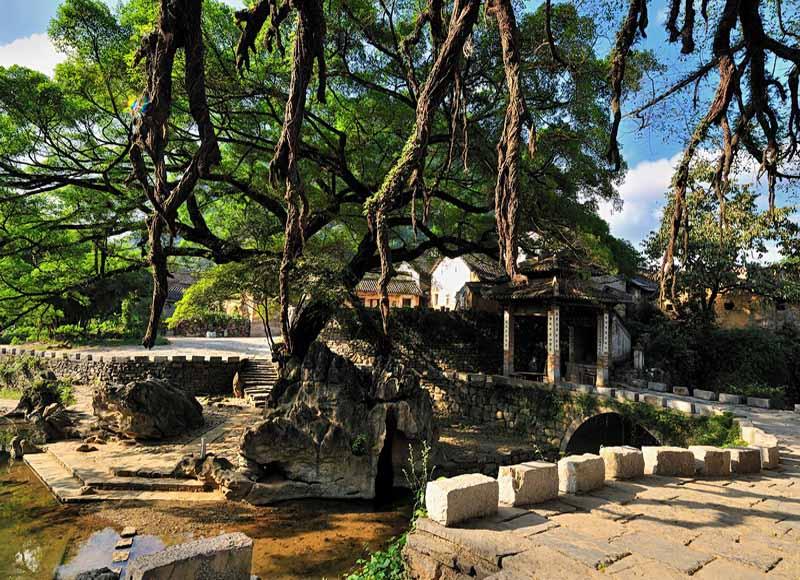 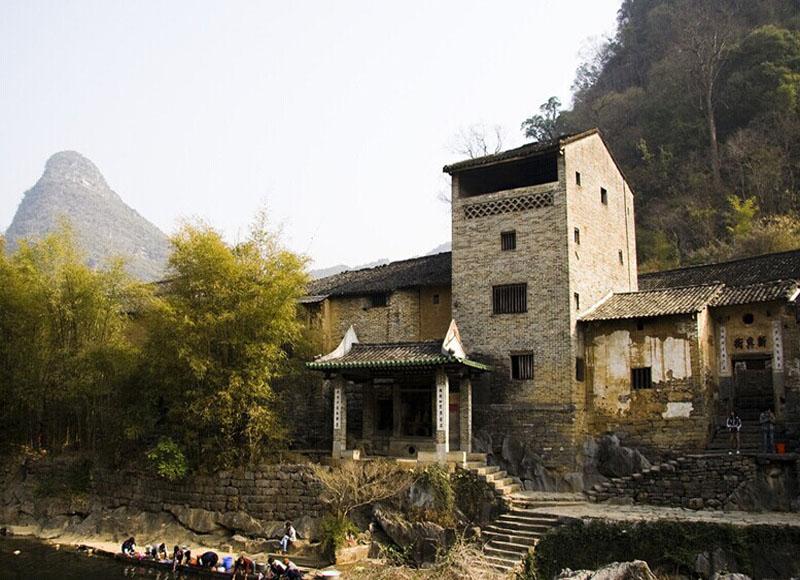 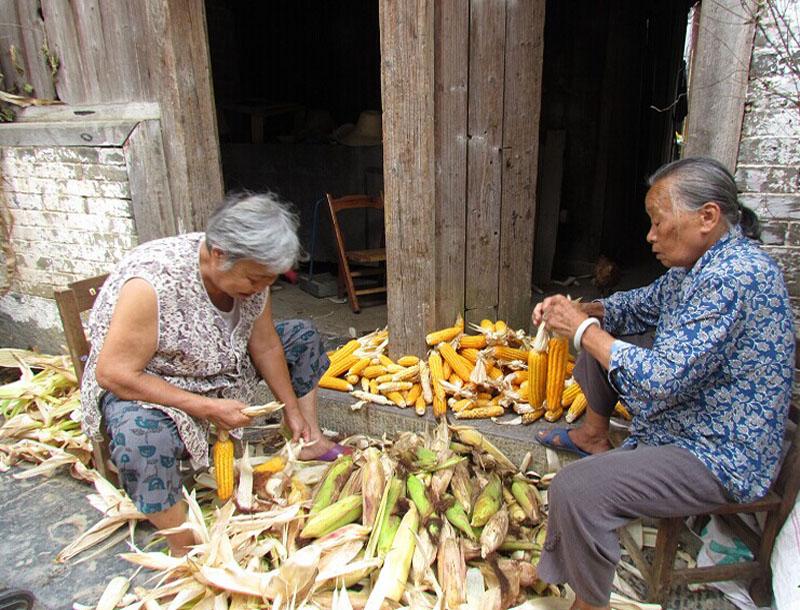 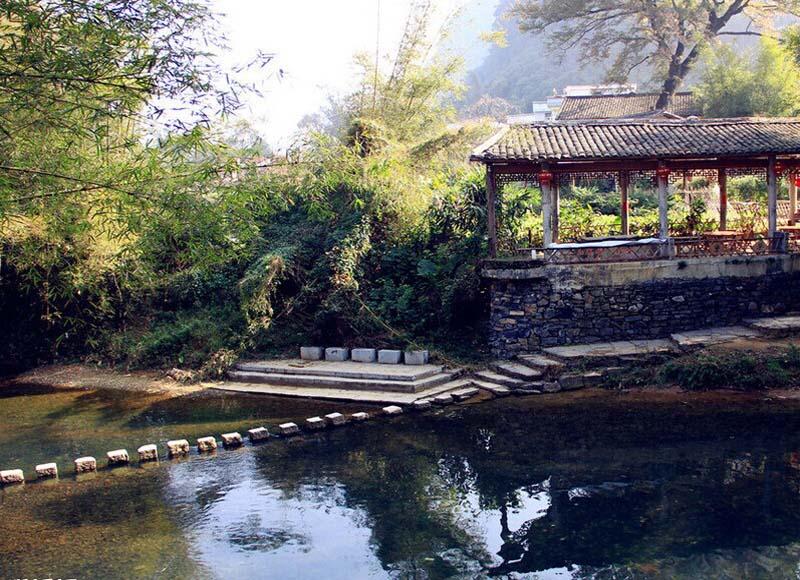 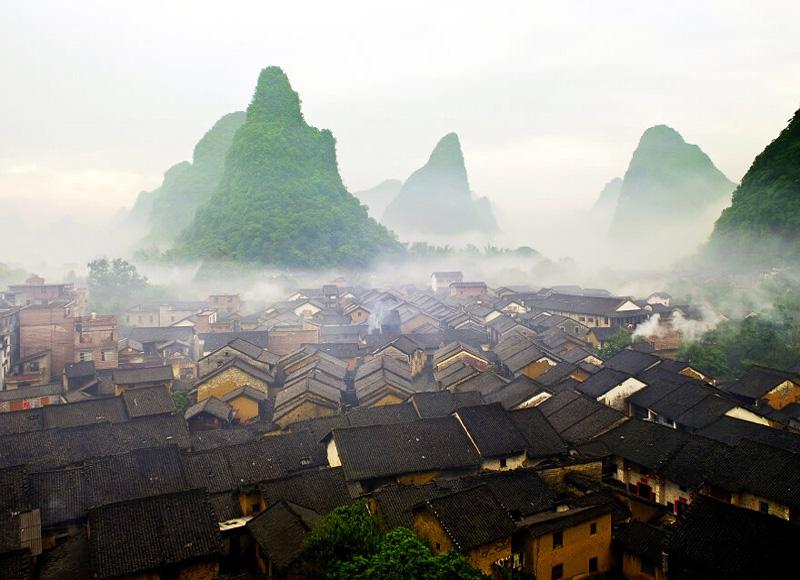 
Chinese name: 黄姚古镇 (Huangyao Guzhen)
Location: On the northeast part of Zhaoping County, Hezhou city, Guangxi Province.
Admission fee: 100 yuan for entrance ticket; 60 yuan for tour guide service; 5 yuan for small cars parking; 10 yuan for big cars parking.
Opening time: 07:30-18:00.
How to get there:
- By plane. First arrive at The Liangjiang International Airport of Guilin, then take buses or trains to Huangyao.
- By train. First arrive at Nanning or Guilin city, then transfer to Huangyao by bus or by train.
- By Bus. Take coaches from Guangzhou to Huangyao directly.
- Self-drive. There is a parking lot in Huangyao Ancient Town.
Best time to visit: the last ten days of September to the first ten days of November, during which fresh fruits are available.

Huangyao Ancient Town, a notable town in Guangxi province, has a history of nearly a thousand years. It boasts typical karst landforms. Built in the Wanli Period (960-1127) of Ming Dynasty, prosperous in Qianlong Period (1736-1795) of Qing Dynasty, the ancient town takes its name from the locals’ family names – the Huang’s and the Yaos’. In this town, there are around six hundred households whose houses were constructed after the fashion of Ming and Qing Dynasties. 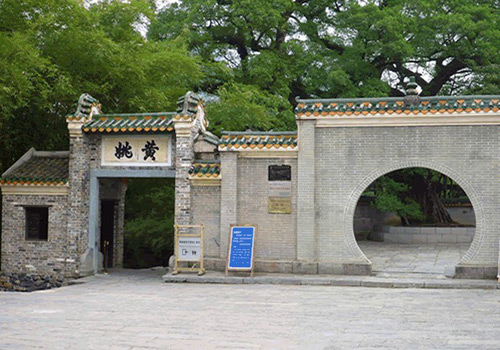 Surrounded by mountains all over, the town is easy to hold but difficult to attack in terms of military strategy, and does not enjoy convenient transportation. Due to this special location, the town has long been isolated from the outside world, which, on the other hand, gives an advantage to the preservation of many a valuable relic, including writings and painting of eminent scholars of China like Han Yu, a remarkable poet of Tang Dynasty (618-907), Liu Zongbiao, a man of letters of Qing Dynasty, and dwelling places of the celebrity such as He Xiangning, a forerunner of Chinese domestic revolution, Gao Shiqi, a brilliant scientist in the realm of medicine. In the Anti-Japanese War (1937-1945), large quantities of patriots were moving to the town. In the year of 1995, Huangyao Ancient Town was inscribed in the provincial scenic area. For many tourists, this lovely ancient town is also known as "Little Guilin" and "Dreamland Hometown" because of its perfect combination of human landscape and natural landscape.

The bridge, made from bluestones and made up of two arches, is the largest hierarchical stone arch bridge in Huangyao ancient town. Spanning the Xiaozhujiang River, the bridge is 22.7 metres long, 2.97 metres wide. Actually, it is more than ornamentation. Not only can people traverse the bridge, but also it plays an important role in flood diversion. For a town living on water, the ability to control the flood is needed. That is why Huangyao ancient town can survive after thousands of years. 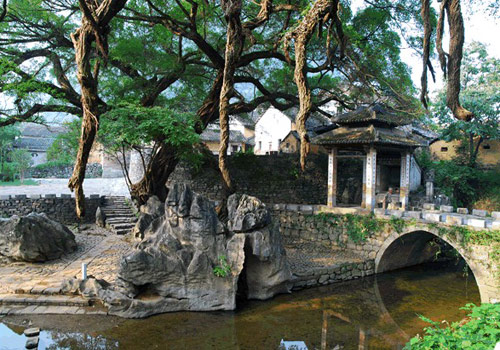 Situated in the west of Tianma Mountain (天马山), southeast Huangyao ancient town, next to Snail Peak (螺峰) on the right, Wenming Ge is the top eight beaties of Huangyao by virtue of its grace, tranquility, openness, and freshness. First built in the Wanli Period of Ming Dynasty, this small temple on the mountain was renovated four times in the past. A lot of stone tablets can be found here.

Located on the Longpan Street (龙畔街), Sima Di, an ancient architecture of Qing Dynasty style, is the representative of dwellings of the Huang’s and the Yao’s. Ambling around the steps can lead to well-preserved drum-shaped stone blocks in front of Sima Di. The house will never fail to attract you with its ornamental engravings! 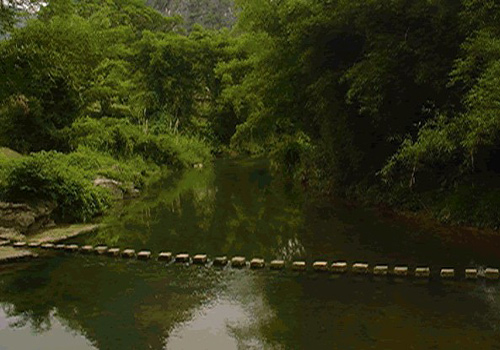 Built in the Jiajing Period of Qing Dynasty, the bridge has witnessed more than 200 years’ history. There are 31 stone blocks arranged in order. Not only is it aesthetic, but convenient for people walking up and down. Photographers can shoot simple but meaningful pictures here!

In the winter of 1944, when Guilin was occupied by Japanese imperialists, Guangxi working committee moved to Huangyao. And it was in Baozhu Guan (宝珠观) that they kept on carrying on their underground activities. People’s Government of Guangxi Zhuang Autonomous Region, therefore, made it the former site of Guangxi Working Committee of the Communist Party of China in memory of this history. In 1990, it was listed as the Major Historical and Cultural Site Protected at Provincial Level and the site for patriotic education. 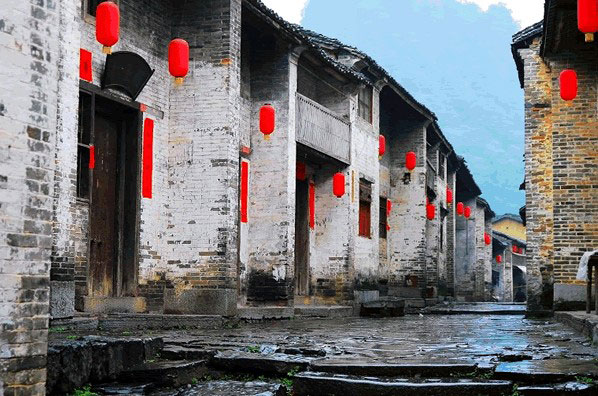 There are eight bluestone streets to date in Huangyao, namely, Jinde Street (金德街), Yingxiu Street  (迎秀街), Tianran Street (天然街), Zhongxing Street (中兴街), Anle Street (安乐街), Lianli Street (连理街), Longpan Street (龙畔街), Shanbang Street (山磅街). Of all these streets, Yingxiu Street is as wide as five metres, while the narrowest is the entrance to Yang Lane, less than two metres. Bluestone streets in Huangyao were first paved in the Shunzhi Period (1643-1661) of Qing Dynasty and were extended with the increase of immigrants. The reason for the difference between the streets here and any others lies in its long history that has recorded the changes of this ancient town. People wandering around will often find that unsophistication, freshness and solidness are the best epithets. 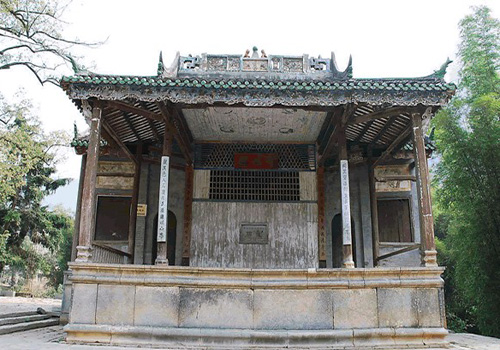 Constructed in the Ming Dynasty and renovated three times, Ancient Stage has a history of more than four hundred years. On every festival performances are staged by folk artisans, with the masses swarming. It is an ingenious architecture in that there are four water vats laying beneath the four pillars to the effect that create resonance.

Built in the early times of the Qing Dynasty, and made of bricks, the gateway is a witness of Huangyao history, connecting the outside world and itself. 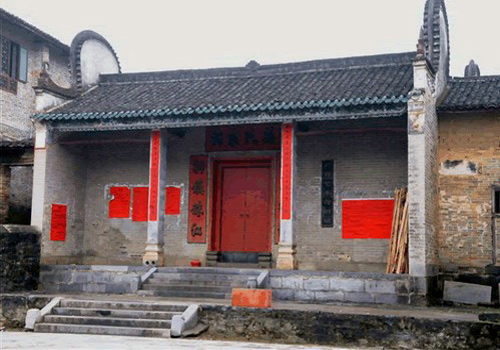 Huangyao is rich in ancestral temple culture. Around ten ancestral temples can be found in Huangyao ancient town such as the Gu’s ancestral temple, the Guo’s, the Wu’s, the Mo’s and the Lao’s. Every year grand ceremonies are held at different time according to the families.